A Slaughter Beach, Dog Mini-Concert Recorded Live at WXPN on the Next World Cafe – Tuesday at 2pm 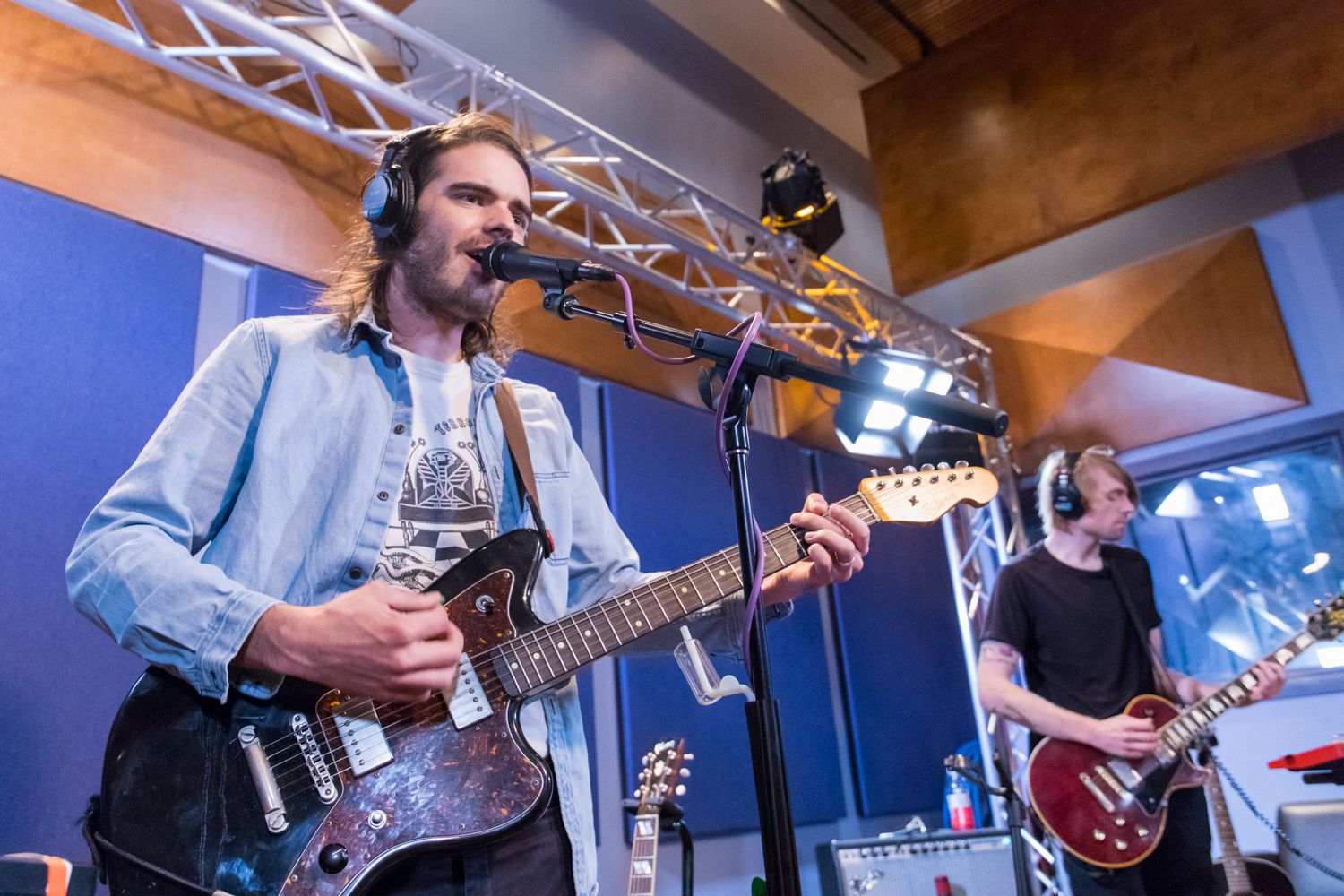 Philadelphia pop-punk band Modern Baseball went on indefinite hiatus back in 2017 following a period of writer’s block from songwriter Jake Ewald. He formed a new project, Slaughter Beach, Dog, to explore a different sound, named after a beach close to his parent’s house in Delaware. With his third studio album, Safe and Also No Fear, Ewald foregoes his emo influences to focus on folk-rock reminiscent of Wilco, accompanied by his former bandmate Ian Farmer. He recorded some songs from his album live in the WXPN studio for a mini-concert, coming up on the next World Cafe.