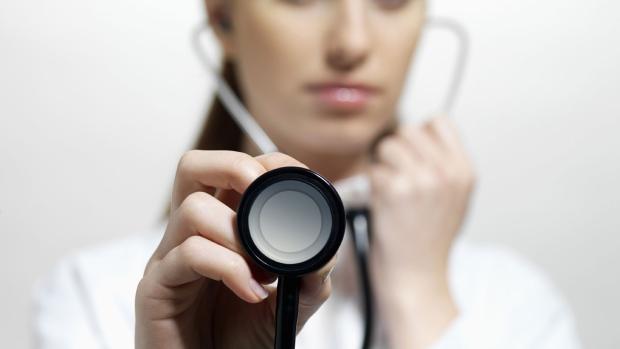 No. If you want a doctor, you have to either become one yourself or put one together out of spare parts and appropriate music. Although...do you think the music I choose can be described as "appropriate"? No way. That way lies madness, and I promise we'll get around to madness, but only in its proper time. Remember...this is a time when the Washington, D.C., White House (not the one that used to be in downtown San Francisco) more closely resembles a loony bin than the iconic house of Democracy. Democracy? Where in the hell is it? I know we had it when we came in.

So what, you may ask, is Medical Music. Well, one real classic is Neil Young's The Needle and the Damage Done. When it comes time to make a song out of a highly improbably premise, Neil's certainly got the stuff.

Then there's Guy Clark's Soldier's Joy, 1864, a short riff in Clark style, about what it's like to be in a field hospital in the middle of a Civil War battle. If you're planning to support the so-called President in his bullying of North Korea, you might get a Guy Clark album (like Best of the Sugar Hill Years) and listen to this little piece several times, imagining the singing voice to be your husband or your son or daughter or even yourself.

Warren Zevon was a guy who could stare Death in the face and tell him/her a joke. Listen to him Tuesday sing Werewolves of London and Detox Mansion. Oh, by the way, if you haven't yet said goodbye to Warren, I think he'd still appreciate it. Adios, Compadre.

Be sure to take your temperature and blood pressure before this medical show. If it's too intense, try an extra dose of Marianne Faithfull's Sister Morphine or Michael Franks' Laughing Gas. Tell them I said it was all right.

Listen to Something Completely... Different every Tuesday night at 7:00 pm on KRCB-FM Radio 91!