'I Couldn't Continue On': A Former Jehovah's Witness On Leaving The Faith 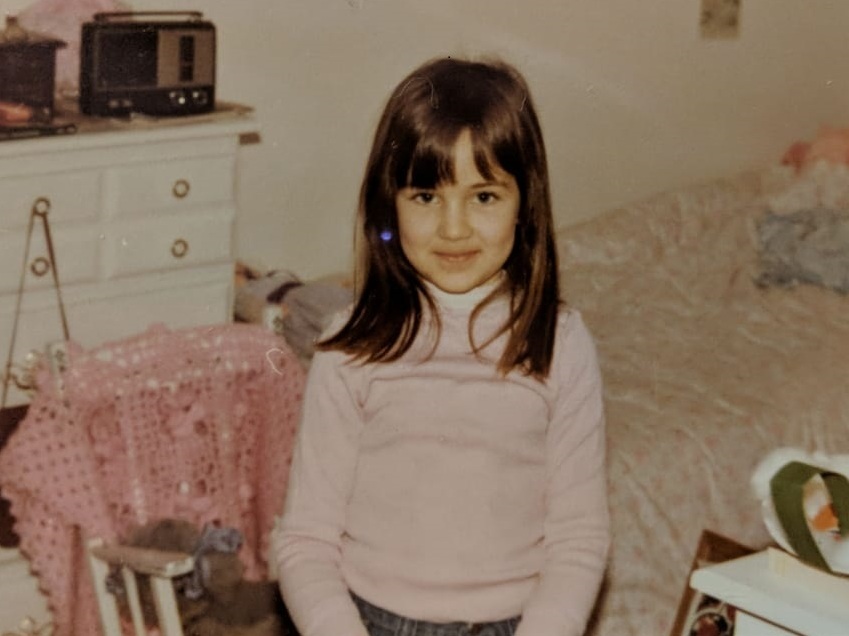 Rather than pulling away at that time, Scorah doubled down.

"When my father died, it just gave me more impetus to want to go back to the faith," Scorah says, "because I knew that the only way I would see him again was if I were a Jehovah's Witness who survived Armageddon, because after Armageddon, the faithful would be resurrected to Earth, in our beliefs."

Scorah went on to marry an elder in the church, and she and her husband traveled to China as missionaries. But gradually, doubt set in.

"The more I got to know and learn about Chinese culture ... the more I realized their culture had thousands of years of rich wisdom and cultural tradition and history," she says. "And here I was, across the table, coming here, this person from the West telling them to throw all that away in favor of this a-hundred-or-so-year-old new American religion."

In the new memoir, Leaving the Witness, Scorah reflects on her to decision to leave her faith and her marriage. She eventually moved to New York and had children with a new partner, but the transition wasn't easy.

"It was very disorienting," she says. "I felt like everything that had mattered to me was gone. And the weirdest part of it all was that it was my own doing. Nobody did it to me. I chose it, because I couldn't continue on in something I didn't believe in anymore."

Disfellowshipping is a means of excommunication, and what happens effectively is that when the elders determined that you were not repentant enough ... they would make an announcement at the congregation meeting. They would go to the platform, stand at the podium, and just say, "Amber Scorah has been disfellowshipped." They wouldn't say why, but it was an announcement to let everyone know that they had to stop associating with you. ...

Disfellowshipping was just a complete shunning of the sinner. So what that effectively meant was that you lost your contact with your entire community, including your own family. ... If you wanted to get back, they left the door open, but ... you had to show your repentance by attending all the meetings and being very regular in showing up at the Kingdom Hall. However, no one was allowed to talk to you, and you sat in the back row while the meeting was on, and left ... as soon as it was over, so that no one would have to talk to you.

The people that I was talking to didn't have any frame of reference for Christianity or for the Bible; it was all for the most part quite new to them. So this Jehovah's Witness doctrine I was teaching them was basically their first introduction. And for a while it was great, because as a Jehovah's Witness, to have this kind of fresh blood where nobody had any prejudice against anything that I was saying was really encouraging and satisfying.

But what started to happen the longer I was there — I was studying with them in their language. ... I was sort of hearing what I was teaching almost for the first time through their ears. And while Chinese people on the whole are so hospitable and respectful — especially to a teacher, because culturally ... a student does not question a teacher — so while they were really great students (they would answer the questions; they would look up the scriptures) over time I did start to notice a shift in their expression would tell me that some of the things I was saying sounded kind of crazy to them.

On deciding to end her marriage and leave the faith

When you're raised in a really highly controlled group like this, a fundamentalist group, it takes a lot to unravel and unpick all of the beliefs, because so much of your identity is wrapped up in it. Your entire worldview is wrapped up in it. A lot of people think it's just like: One day you wake up and you're like, "Oh my goodness! I had this epiphany." ... It didn't really happen like that. But there were things along the way that started to bother me and that started to feel wrong, things that I hadn't seen before. ...

When you're in a group that the ultimate ending is apocalypse, Armageddon, I think in some ways that's the only kind of ending, you know — that you have to just blow everything up in order to start over again — and it worked. - Amber Scorah

This is not the kind of religion that you can sort of just slink out of unnoticed. It's very tight-knit, and I was also in quite a prominent position ... not everyone goes to China to be a missionary and is married to an elder. So if I were just to leave, it would not be easy. Also, I realized a lot more after leaving that there were things in this group that were cult-like. But at the time I wasn't ready to admit that, but I knew that it was wrong and I knew I had to get out of it. If I were not to make some kind of clean break, it would be so easy for me to just get sucked back in. It's hard to explain how much of a hold the beliefs have on you, because even if I had a couple of doubts I still believed the rest of it. So it was almost like I think I felt propelled towards creating some kind of ending, and when you're in a group that the ultimate ending is apocalypse, Armageddon, I think in some ways that's the only kind of ending you know — that you have to just blow everything up in order to start over again — and it worked.

On grieving the loss of her nearly 4-month-old son, Karl, who died suddenly on his first day of daycare

It's so awful that sometimes I can't believe it's real. ... When my dad died, it was sad, but it was temporary, because all of us die, and basically the way the religion explained it is ... that God will resurrect those who are faithful and can bring them back to life in the paradise. So death was always a temporary thing to me when I was a Jehovah's Witness, and now when my son died ... I had nothing to fall back on. It was impossible for me to believe anything anymore about the afterlife. ...

Before in my life, I had so many answers. I had such clear answers to all these questions. When I realized that they had no basis in reality, I went to the other side, where I just learned to accept that there was mystery, that there were things in this life that we couldn't understand. And also I was forced, maybe more than anyone else, to find a way to feel comfortable in that, and I kind of have.

And it's sort of related to this spiritual feeling I think I've had my whole life, which I used to chalk up to being a religious experience, but I think more now of as a spiritual experience — just that there's the numinous, or the magical all around us. And life is made up of these moments where if you choose to notice them, they're around you. Because those things like, say, the love I saw in my son's eyes for me when he was a baby, are so inexplicable and transcendent, I think that they do feel magical. And if you think about them that way you can just, in some ways, appreciate the magic of it.

On having her daughter a year after she lost her son, and living in fear

I think being raised with this Armageddon concept from a very young child, I was kind of an anxious person who worried all the time. Even with Karl, I was really worried about everything. I was so careful. That's why I was blindsided when he died that way that he died. I just couldn't have seen it coming. ... Yes, at the beginning, I felt terrified of something happening to [my daughter], and I did have PTSD. I would be out just walking down the street imagining, like, that a truck is going to like plow over us for no reason. But I think it was almost like the sheer unexpectedness and the horror of that child could die the way that Karl died that almost made me realize that all of these things are beyond our control. And I had to let go at some point and just trust that things will be OK, and that was all I could do, because ultimately being that close to death makes you really appreciate life. And I didn't want to not let my daughter live. I wanted her to have her life. ... So I just find ways to keep my fear at bay. That's all I can do.

On what she thinks when she sees Jehovah's Witnesses now

When I see a Witness in the subway now, there's a part of me [that] wants to hand them my book, because I want them to be free, to read the experience of someone who got through to the other side and has a happy life. ... I mostly ... feel sorry for them. I feel sad that the life that they will live will be lived for this myth, and maybe they'll never know, and maybe that's fine. But I can't help, now that I've seen both sides, feeling badly that that's the life that they are going to have.

Sam Briger and Seth Kelley produced and edited this interview for broadcast. Bridget Bentz and Molly Seavy-Nesper adapted it for the Web.