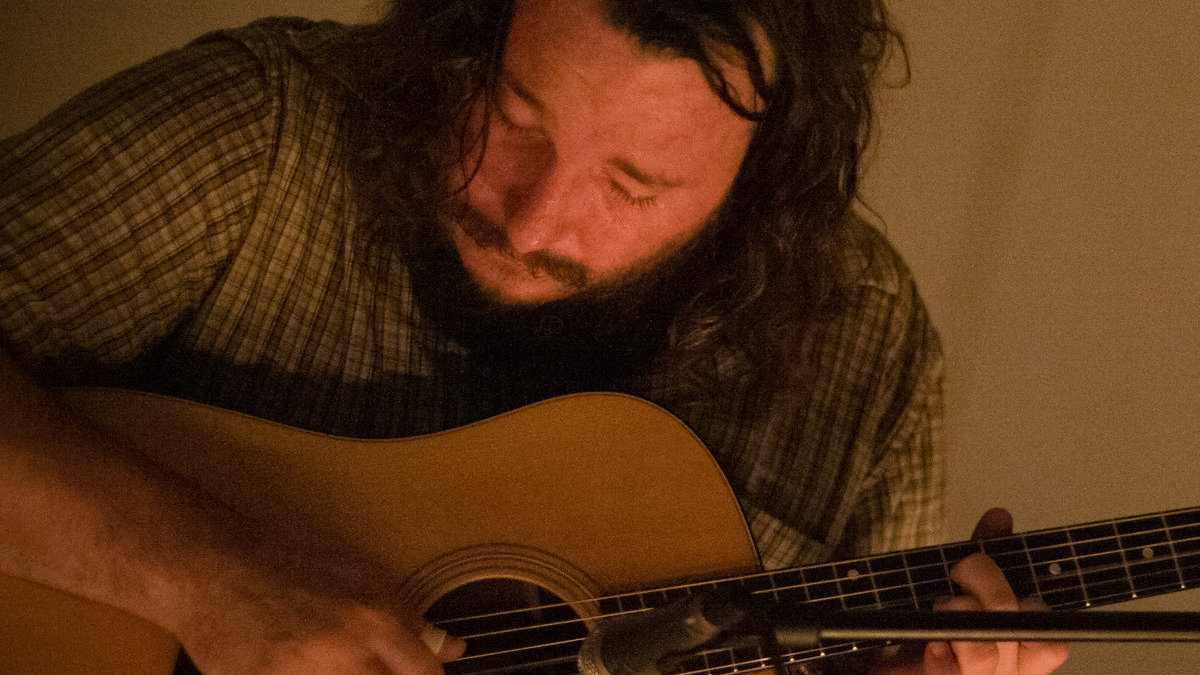 Jack Rose's ramblin' ragas, sun-drenched drones and hiccuping blues were guitar-picked with a big dang heart and even bigger hands.

Tim Bugbee/Courtesy of the artist

Absence helps the heart forget, the hard times get blotted with better ones; misrecollections become tall tales later canonized in the backs of bars. It ain't right, but as we soak up worry, euphoria and normal everyday B.S., the details can get squeezed out like crusty pulp from old grapes.

I used to be able to say that there wasn't a week where a Jack Rose tune wasn't winding through my head — his ramblin' ragas, sun-drenched drones and hiccuping blues guitar, picked with a big dang heart and even bigger hands.

See, Jack Rose died 10 years ago today. Maybe because death stings public consciousness harder than birth, we tend to remember the days folks die instead of when they were born. (Rose was born Feb. 16, 1971, by the way.) In any case, Dec. 5 is a day worth remembering not just for the noise Rose made in Pelt, the solo guitar music that reinvigorated a scene or the old-time music he reimagined with Black Twig Pickers — Jack Rose swirled these worlds together like a whiskey-soaked hurricane, making damn sure that these musics moved forward. (Some constant companions: "Revolt" slip-sides around a backwoods hypno-melody, while "Now That I'm a Man Full Grown II" circles around a reflecting pool of age and understanding. "Lick Mountain Ramble" just plain makes me cry, its string-swooning sweetness hollers at the moon and never fails to remind me what could have been.)

In looking at a decade without Jack Rose, it'd be easy to say his legacy looms large over folkloric explorations of sound, but he'd dismiss any such notion — cuss it out even. If anything, his spirit opens for a bear hug.

Ten Years Gone (A Tribute to Jack Rose), a new compilation curated by guitarist Buck Curran and released by Tompkins Square today, illustrates a deep love for the traditions excavated by Rose, but it's also a stretching-out. Youngbloods like Andy McLeod, Paolo Laboule Novellino and Joseph Allred are indebted to "Dr. Ragtime's" experiments, but are also finding their own footholds. I'm touched, in particular, by the contributions of Rose's contemporaries and influences: Pelt and Black Twig Pickers member Mike Gangloff offers a sawing violin meditation, Sir Richard Bishop's "By Any Other Name" intertwines his idiosyncratic fingerstyle guitar with that of Rose, and Helena Espvall sets her cello aflame with a frenzied string drone.

Maybe the forgetting is just part of the process. A Jack Rose tune might find its way into the corners of my brain on fewer occasions these days — a reminder to pull out his records for a heavy sesh in less hectic times — but offers an opening to the musicians moving right along, going into the beyond.

That said, 2019 has been a phenomenal year for solo guitar and records under the loose umbrella of "guitar music," which can range from synth-aided cosmic Americana to full-band psychedelic noodlin'. The weekly playlist on Spotify and Apple Music features a bunch of them, but I wanted to highlight 11 albums (and the promising return of a contemporary) that, just perhaps, would've made Jack Rose grin.

What began as a solo project from Chaz Prymek has turned into a prairie-raised choogle ensemble. Streaks of motorik rhythms occasionally bless these astral country ditties, but mostly they chase the sunlight.

Acoustic guitar improvisation rarely feels this natural, as if strung with flowing streams and falling leaves.

Sarah Louise constantly reshapes her voice, challenging the motion of this music. She ditches the 12-string for an electric guitar, digitally processing melodies and single notes in an electronic elation landing somewhere between Robert Fripp, Alice Coltrane and Terry Riley.

Andy Cartwright's layers of bowed resonator guitar recede into the depths of glacial sound one moment, and slam down a sublime snowstorm of ambient noise the next.

With a few sangin' songs and a regal fingerstyle, here's a young guitarist from the Netherlands deeply invested in English folk traditions, calling to mind Michael Chapman and Steve Gunn.

Matt LaJoie, The Center and the Fringe

Quite simply, ambient guitar paradise. Recorded live with no overdubs, these mystical loops layer like a sunset on another planet.

After stepping away from recording and touring a few years back, it's a treat to hear the English guitarist back in action. James Blackshaw always had a knack for capturing wonder in circular phrases; hopefully, this means more music from him in 2020.