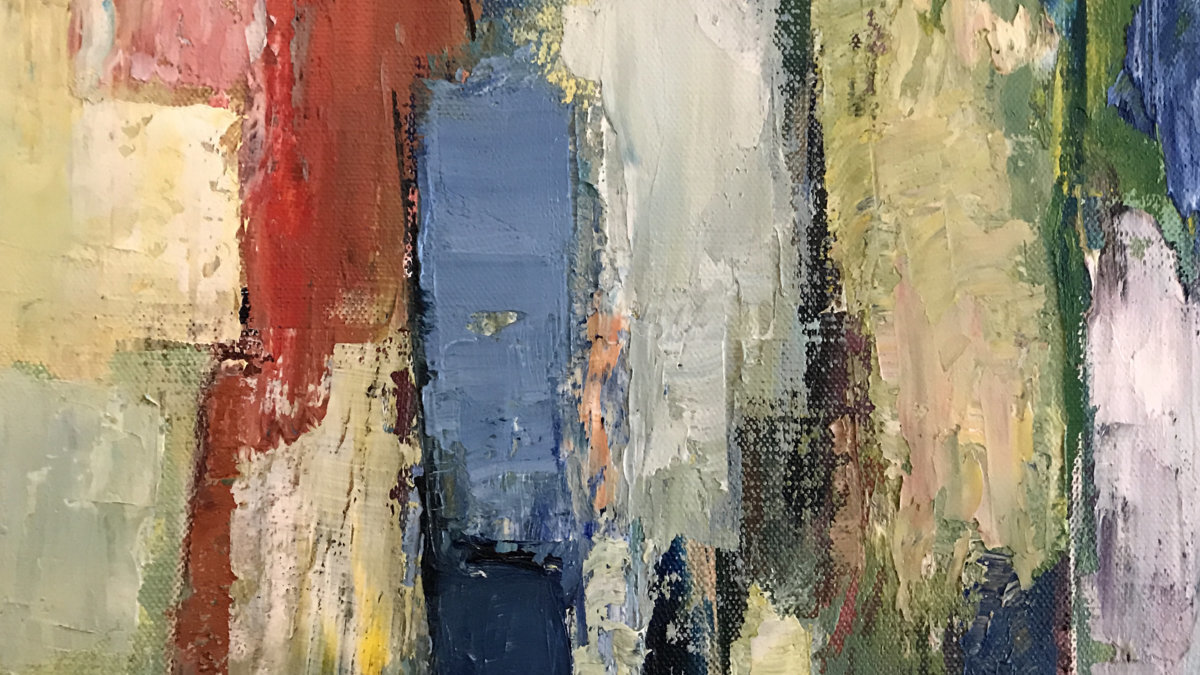 Kajsa Lindgren's neoclassical ambient album Everyone is here is featured on this week's Viking's Choice.

Are y'all subscribed to the NPR Music newsletter? You get the week's music news, Tiny Desks and personal stories from behind the scenes. I work here and I can't even keep up with everything we do, so that Saturday morning reminder sets up my weekend listening and reading.

Most recently, I contributed an exclusive Viking's Corner to the newsletter where I asked myself: What does a decade in Viking's Choice sound like? I picked 10 albums (okay, 11), one to represent each year of the 2010s, for a column that regularly darts from metal to punk to psych to noise to whatever's lighting up my ears. It was hard!

The list itself is screencapped for posterity, but I was struck how some artists have been constant companions this decade. Krallice, Giant Claw, Circuit Des Yeux, Daniel Bachman and Holly Herndon, in particular, all challenge their scenes, sounds and listeners — and me — to move music and ourselves forward. There's reward in that relationship, an understanding made richer and weirder by the artists who dream new sounds and the listeners who show up, scream and vibrate along.

You can find this week's picks below, plus my updated playlist on Spotify and Apple Music, which features music from the decade-spanning newsletter list. Did I mention you should subscribe to the NPR Music newsletter? (Note: Some of these tracks can only be found on Bandcamp.)

What to do with the busy, baffling music of Liturgy? H.A.Q.Q., the experimental metal band's fourth album, got a surprise drop today and, per usual, its prime provocateur, Hunter Hunt-Hendrix, is still so, so much. For every wild leap forward (headbanging glockenspiel and strings! Melodramatic minimalism! Clashing counter-melodies!) there are aesthetic curve balls that make me scratch my head, like a persistent insistence on glitch, the "CD skipping" effect popularized by Autechre and Oval. Why mess with the metallic mess? And, yet, I still can't quit Liturgy.

A sweeping, swooping astral-rainbow of an electro-pop song streaked with strings, arpeggiated synths and a tabula rasa of new life. Colin Self's voice and optimism are positively irresistible.

Oakland's Mass Arrest lights several eras of hardcore punk together in bruisingly catchy songs with a short fuse. "Sickle to prison, a life among cells" is not only a clever turn of phrase, but a line loaded with a desperate a call to action.

Kajsa Lindgren, "How it sounded in my mind"

Memory and reality blur in the ambient music of Kajsa Lindgren, previously featured in a Viking's Choice on long songs. Based on archival recordings found in her parents' basement, the Swedish composer sends sonorous strings and piano through echoes of the past.

Tunes of Negation, "The World is a Stage / Endless Sea"

Maybe Shackleton just wanted to get out of the club and dig his toes into the earth. The electronic music producer, adept at bangers and mind-benders alike, takes his rhythmic rituals to a garden of psychedelic flora. With Heather Leigh on guest vocals, droning harmonium and a bevy of keys and synths, this two-part epic calls up the resplendent imagination of late '60s psych-rock band The United States of America.

OOIOO locks into a beat-tape-sample-worthy, trumpet-forward groove on this psychedelic workout like never before. Is this what happens when a veteran Japanese avant-rock band goes straight? Sort of. The edges squiggle into a trippy Beatles hypnosis, but burst into mecha-rock band mode in the final minutes.