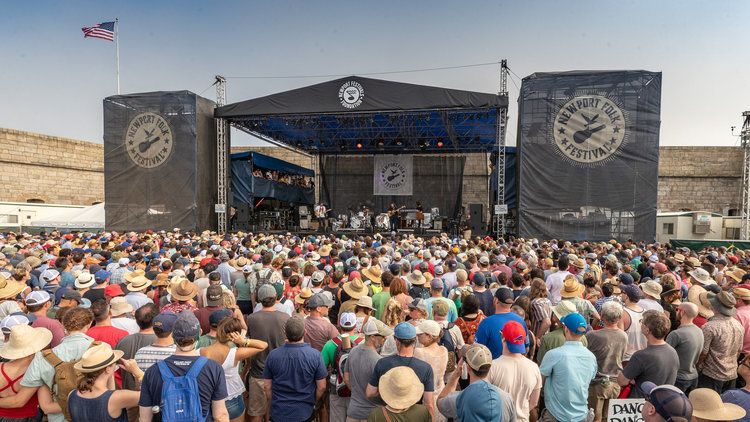 This month marks 60 years since the very first Newport Folk Festival. NPR has been covering the event since its rebirth in 2008. Jay Sweet, now the executive producer, was mostly responsible for the festival's revival, booking unexpected bands and reinvigorating the spirit of the annual gathering. It's long been a place where musicians would collaborate and make music often steeped in social justice. On this Newport Folk Festival preview edition of All Songs Considered we'll look specifically at the newer faces at this year's festival, including lesser-known artists Yola Carter, Illiterate Light, Courtney Marie Andrews and the debut performance of a new, influential band of well-known women known as The Highwomen. That collaboration includes Brandi Carlile, Amanda Shires, Maren Morris, and Natalie Hemby.