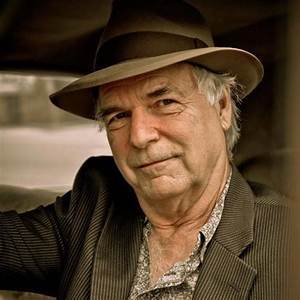 According to Scott Miller who was sitting with him in the song circle, “David was playing a song when he paused, said ‘I’m sorry’ and put his chin to his chest… He never dropped his guitar or fell off his stool. It was as easy and gentle as he was.” Amy Rigby, who was also onstage, said “I just want the picture to be as graceful and dignified as it was, because it at first looked like he was just taking a moment.” An audience member noted that he was singing Bluebonnet Girl by Jack Murray. The last line he sang was: “I don’t need another Heaven ‘cause I found one in this world, in the eyes of my Bluebonnet girl.”

Emmylou Harris said, “David Olney tells marvelous stories, with characters who cling to the hope of enduring love, all the while crossing the deep divide into that long, dark night of the soul.” Steve Earle called Olney “One of the best songwriters working in the world today,” and the late Townes Van Zandt once said, “Anytime anyone asks me who my favorite music writers are, I say Mozart, Lightnin’ Hopkins, Bob Dylan and Dave Olney.”

His songs have been recorded by Emmylou Harris, Del McCoury, Linda Ronstadt, Steve Young, and many others. We’ve re-purposed his 2008 Art of the Song interview and combined it with some of his more recent songs to create this tribute to a truly great songwriter and performer… David Olney.