Jason Stanley: How Fascism Works in Alternative Radio – Sunday at 10am 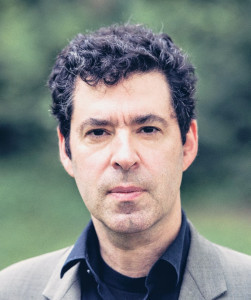 What is fascism? Michael Parenti, author and historian says, “Fascism historically has been used to secure the interests of large capitalist interests against the demands of popular democracy. Then and now, fascism has made irrational mass appeals in order to secure the rational ends of class domination.”  Fascism flourishes in times of economic insecurity and cultural backlash. Opportunistic politicians offer up a platter of racism, xenophobia and hyper-nationalism. They stoke fear and resentment using simplistic slogans such as “Drain the Swamp” and “Build the Wall.” In the U.S. today, there is a whiff fascism in the air. Witness the march of white supremacists with torches held high in Charlottesville chanting “Blood and Soil,” an old Nazi slogan and “Jews Will Not Replace Us.” The president called them “very fine people.”

Jason Stanley is the Jacob Urowsky Professor of Philosophy at Yale University. He is the author of Knowledge and Practical Interests, Language in Context, How Propaganda Works and How Fascism Works.