Chris Hedges – Extraction Industries & Sexploitation on the Next Alternative Radio, Sunday at 10 am 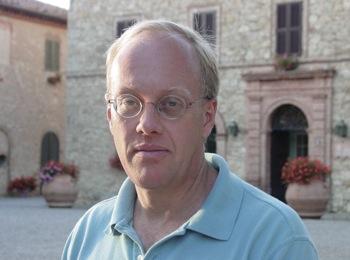 The scourge of male violence exists independently of capitalism, empire and colonialism. It is a separate evil. The fight to end male violence against women, part of a global struggle by women, must take primacy in our own struggle. Women and girls, especially those who are poor and of color, cannot take part in a liberation movement until they are liberated. They cannot offer to us their wisdom, their leadership and their passion until they are freed from physical coercion and violent domination. This is why the fight to end male violence across the globe is not only fundamental to our movement but will define its success or failure. We cannot stand up for some of the oppressed and ignore others who are oppressed. None of us is free until all of us are free.

Chris Hedges is an award-winning journalist who has covered wars in the Balkans, the Middle East and Central America. He writes a weekly column for Truthdig.org and is a senior fellow at The Nation Institute. He is the author of many books including Empire of Illusion, Death of the Liberal Class, The World As It Is, and Wages of Rebellion.