Caroline Frederickson: Fixing Democracy on Alternative Radio – Sunday at 10am 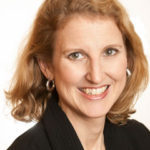 Around the world, democracy is in trouble. Autocrats have come to power. In the U.S. democracy is compromised by a political system awash in money, gerrymandering, voter suppression, and that absurd relic, the electoral college. One of the principal designers of the U.S. system of governance was James Madison. He said the main task of government is “to protect the opulent minority against the majority.” The latter being me and you. And pretty much that’s been the orientation of the state. Here and there a Progressive Era, a New Deal, or a Great Society occur but basically rulers try and keep the donor and landed gentry class happy. Democracy is more like a plutocracy. It is still alive but not at all healthy. It needs fixing. Only an informed and mobilized citizenry can reverse the ominous trajectory we are on.

Caroline Fredrickson is the president of the American Constitution Society and the author of Under the Bus: How Working Women Are Being Run Over and The Democracy Fix: How to Win the Fight for Fair Rules, Fair Courts, and Fair Elections. She has been widely published on a range of legal and constitutional issues. She has served as the director of the ACLU’s Washington legislative office and as general counsel and legal director of NARAL Pro-Choice America.