Benjamin Hett: How Hitler Happened on Alternative Radio – Sunday at 10am 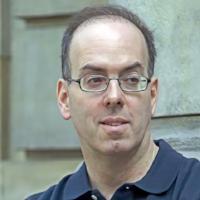 The post-WW1 Weimar Republic in Germany was the height of European civilization. Its scientists and scholars led the world. Its Bauhaus architecture was the rage. Its arts featured such luminaries as Fritz Lang, Bertolt Brecht, Kurt Weill, and Thomas Mann. Yet, out of this modern democracy sprang Nazism, German fascism, and one of the most barbaric regimes ever. How did Hitler happen? It is one of the most important questions in history. What happened in Germany has disturbing resonances for our own time. Fascist-like regimes are taking power in many countries. We ignore disturbing signs at our peril from torchlight parades in Charlottesville with crowds chanting, “Jews Will Not Replace Us” to a synagogue massacre in Pittsburgh to the murder of African-Americans in a church in Charleston. What can we learn from the past to ensure it doesn’t happen again?

Benjamin Hett is the author of Burning the Reichstag, Crossing Hitler and The Death of Democracy. He is a professor of history at Hunter College and the Graduate Center of the City University of New York, and holds a Ph.D. in history from Harvard and a law degree from the University of Toronto. He grew up in Edmonton, Alberta, and now lives in New York City.