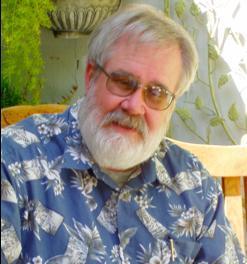 "I like the vitality of in-studio, roundtable interviews," Gil says, "when you have several authors sitting at the same table and focusing on the same theme, you get real conversations. It’s fun, exciting, and often unpredictable."
On the new Word by Word programs, Gil will be inviting a different guest each month to share their unique perspective on a "Great California Writer."
Gil Mansergh should be familiar to many KRCB listeners. His movie review columns appear in four Sonoma County newspapers, and his Cinema Toast radio show has been a Thursday morning staple on KRSH-FM for seven years. Author or Book Doctor of over 50 books, manuals and curriculums, Gil was honored as a Freelance Success by Writers Digest Magazine. He honed his interview skills during five years as Director of the prestigious California Writers Conference at Asilomar. "I’m excited to have this opportunity to share my conversations with authors with KRCB’s listeners," Gil says, "and I appreciate your comments." This email address is being protected from spambots. You need JavaScript enabled to view it.
Subscribe to the Word by Word podcast.
March 12th, 2017 - 4:00 pm:
WOMEN’S HISTORY MONTH
The Word By Word guest for the March 12th show will be McArthur Genius Grant winner, Yiyun Li talking about her memoir Dear Friend, From My Life I Write To You In Your Life.
Yiyun Li
Credit © Phillippe Matsas
Born and raised in China, Yiyun’s parents were victims of the cultural revolution but still encouraged their daughter to succeed in anything she chose to do. And succeed she did. Word By Word listeners may recall her conversation with Gil Mansergh where she explained how she wrote her first novel, The Vagrants in English and won the Gold Medal of California Book Award for first fiction.
​Since then, her books have been translated into more than twenty languages. She was selected by Granta as one of the 21 Best Young American Novelists under 35, named by The New Yorker as one of the top 20 writers under 40, and the MacArthur Foundation named her a 2010 fellow. She is a contributing editor to the Brooklyn-based literary magazine, A Public Space.
Yiyun Li lives in Oakland, California with her husband and their two sons, and teaches at the University of California, Davis.
Dear Friend, from My Life I Write to You in Your Life - Yiyun Li 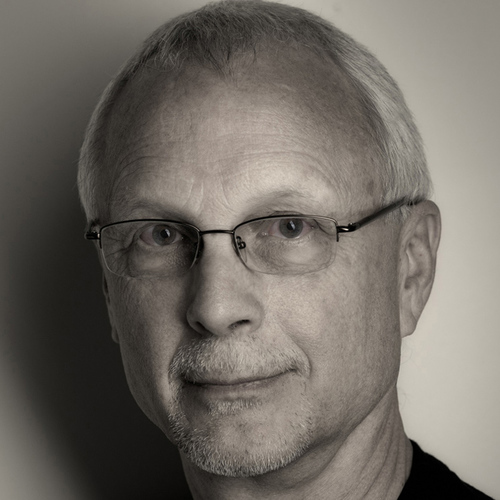 In the midst of the pandemic, you may not be aware that the Bulletin of Atomic Scientists re-set their so-called ‘Doomsday Clock’ to 100 seconds before midnight—the closest the Clock has ever been to catastrophic nuclear annihilation. That recalibration is the focus of one of the episodes of Nuclear educator David Perry's soon to launch podcast At The Brink."

Word By Word host Gil Mansergh welcomes David Perry to the show for an engaging chat about what is involved in being the education director for the Former US Secretary of defense's  William J. Perry Project and coordinating the development of a brand new podcast series.

Perry, the son of former US Secretary of Defense, William Perry, is the Education Director of the William J. Perry Project and former professor of Pharmacology and Physiology at George Washington University in Washington, D.C. His current project is the creation and evolution of a podcast entitled At the Brink. “It’s a show about the risk of nuclear disaster- how close we've come and how close we still are today.” 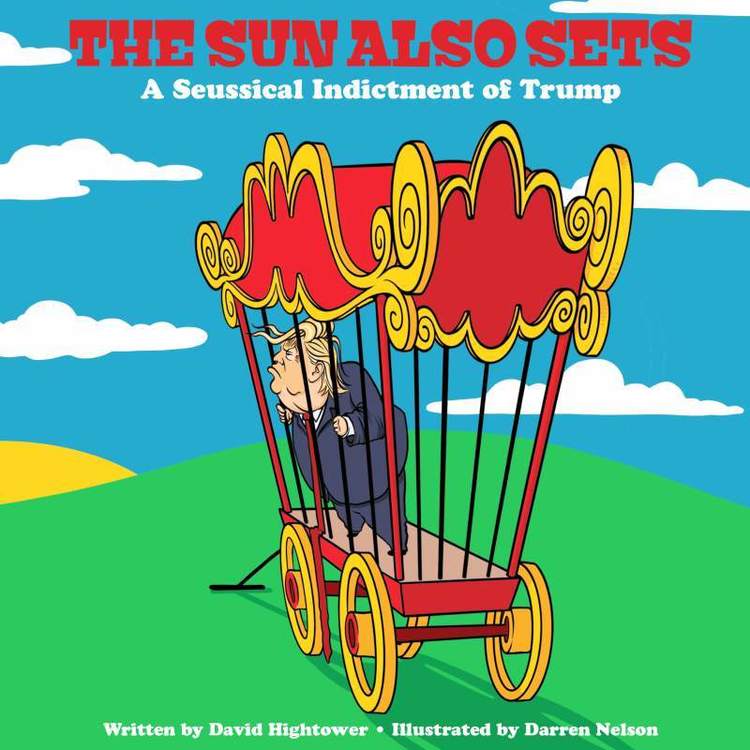 We have all probably seen or heard something in the news that made us say, “Someone should do something about it.” The difference with today’s Word By Word: Conversations With Writers guest, David Hightower, is that he did do something. He wrote a book.

Hightower explains,” I’m not a writer. I was a day trader in the East Bay before my wife and I came to Petaluma. My wife was pregnant when we moved, and I’ve spent a great deal of my time since then being the Dad to my four-year-old and 2-year-old boys.” 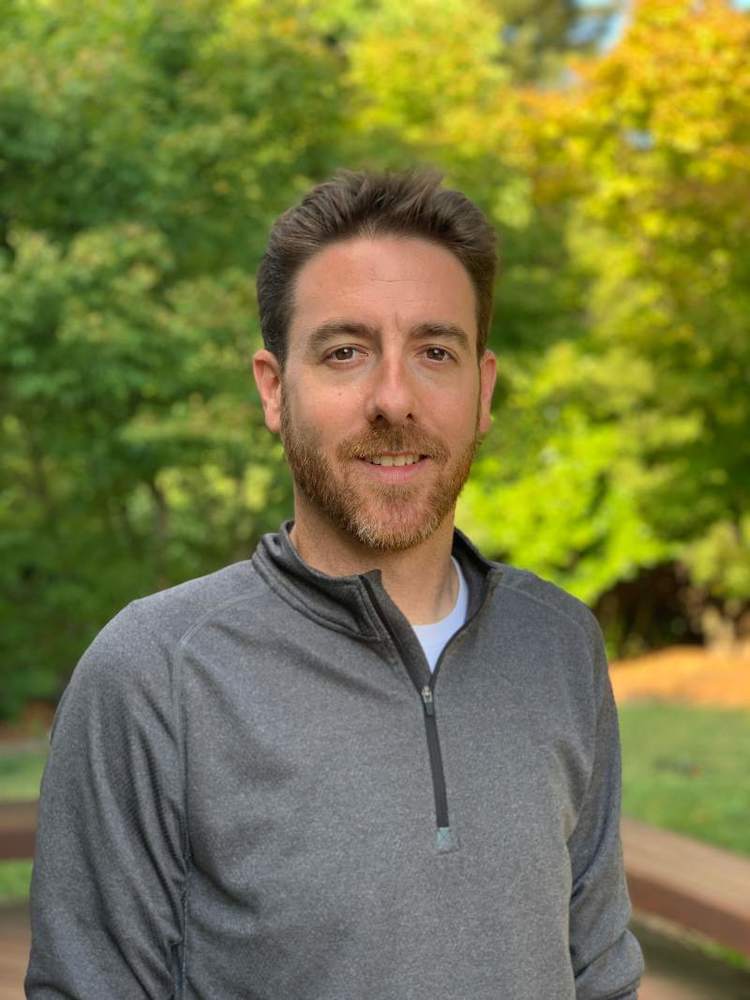 “Part of that job,” Hightower continues, “is reading more than my fair share of Dr. Seuss books, so, when I read a tweet the President had done in rhyme, I responded by jotting down my response in Seussian-style poetry. I guess I was frustrated—very, very, upset with no outlet. So I wrote my book entitled The Sun Also Sets: A Seussical Indictment of Trump.

Host Gil Mansergh chats with David about the steep learning curve transitioning from a stay-at-home-Dad, to becoming a book author, publisher, distributor and marketer.

The Copperfield’s Book Buyers Are Back to Share Their Holiday Picks for Gifting on Word by Word (Aired: December 8, 2019)

In what has become an annual tradition, Word By Word host Gil Mansergh is pleased to welcome the book buyers for Copperfield’s Bookstores, Sheryl Cotleur and Michelle Bellah with their challenging task of choosing which books to talk about for gifting—in under an hour.

Since this show aired during pledge week at KRCB-FM, it is a good time to thank you for your tangible financial support. For although Word By Word is archived and made available around the world as podcasts on NPR, Gil Mansergh’s hour-long Conversations With Writers shows are produced locally, in KRCB-FM’s Rohnert Park Studios.  Over the years, your generosity has permitted us to chat about books and writing with Pulitzer Prize, and National Book Award winners, McArthur Grant recipients, and local writers whose primary jobs are as electrical engineers, physicists, police dispatchers, farmers, teachers, artists, photographers, and students. We’ve met people who write novels, histories, mysteries, biographies, poems, screenplays, documentary scripts, stage plays, newspaper serials, short stories, and memoirs.

How great is that? 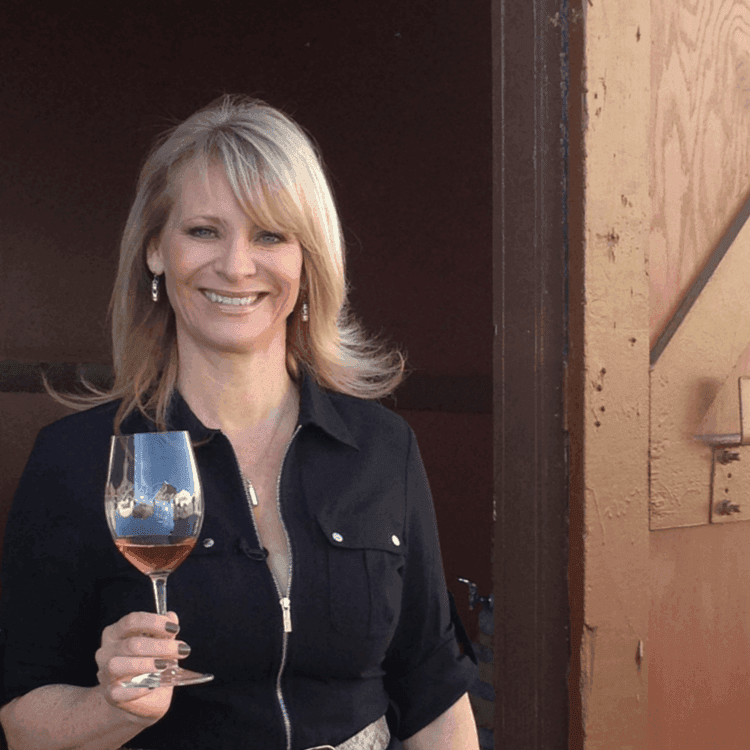 Gil Mansergh’s Word By Word timely conversation for October is the passionately multi-talented Leslie Sbrocco, host of Check Please Bay Area for 14 years, and executive producer, writer, and presenter of her brand new PBS series 100 Days, Drinks, Dishes & Destinations. The series will begin airing on public television stations across the country starting in October and November.