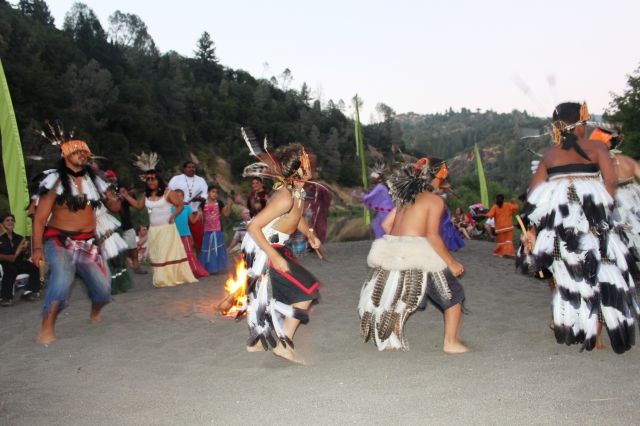 Loleta, Calif. – The Wiyot Tribe and Friends of the Eel River (FOER) were joined by Native American Indian tribes from throughout Northern California in a prayer ceremony Saturday focused on returning the Eel River and the fisheries it supports to a healthy, sustainable state. This event follows several similar ceremonies held since 2009 that have taken place in different parts of the nearly 3,600-square mile Eel River watershed.

“Rivers need water to survive,” said Nadananda, Executive Director of the Friends of the Eel River. “The cost of diverting so much water out of the Eel River is simply too high. Salmon and steelhead are on the brink of extinction here. While increases in water flows over the past five years have made it possible for Chinook salmon populations to begin to make a comeback, significantly more water will need to be returned to the river if we are going to save these fish.”

“The tribes native to this area once thrived on the abundant salmon runs on the Eel River,” said former Round Valley Tribal Council member and current Friends of the Eel River board member Ernie Merrifield. “We must rely on all of our resources – spiritual, scientific, and legal – to restore this river and these fisheries to health. If we work together, we may have a chance to reverse the damage caused by a century of water deprivation.” 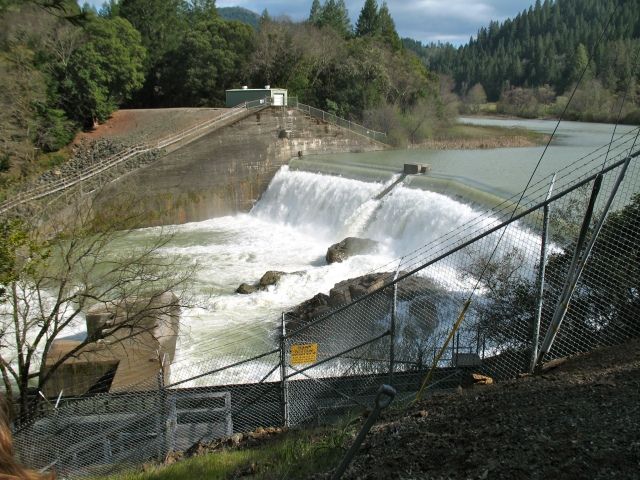 The Eel River is California’s third largest watershed, third largest salmon producing river, and second largest steelhead producing river. The Eel’s headwaters are dammed and more than half of its natural flows are diverted to the Russian River through an inefficient tunnel and dam system in Potter Valley. Its dams are now a century old, block spawning and rearing habitat, and hold back gravels needed for a fully operative river system.

In 2004, dam owner PG&E increased flows on the Eel River from 5 cubic feet/second to 20-25 cubic feet/second under the orders of the Federal Energy Regulatory Commission. The 2010 fall run of Chinook Salmon on the Eel River was the largest recorded in 77 years, with more than 2,300 mature fish migrating upriver to spawn. Last year’s salmon run also benefitted from an unusually heavy rain season.

This event marked the first time that so many different tribes came together in call for healing on the river. Salmon are a sacred fish and traditional source of food for the Round Valley Tribes and other Native American Indians who were once the only human inhabitants of this remote watershed. The prayer ceremony was attended by members of the Bear River, Cahto, Grindstone, Sherwood Rancheria, Round Valley, Pomo, Hoopa, Yurok, and Karuk Tribes, several of which performed tribal prayer dances at the mouth of the river on the Wiyot’s Table Bluff Reservation.