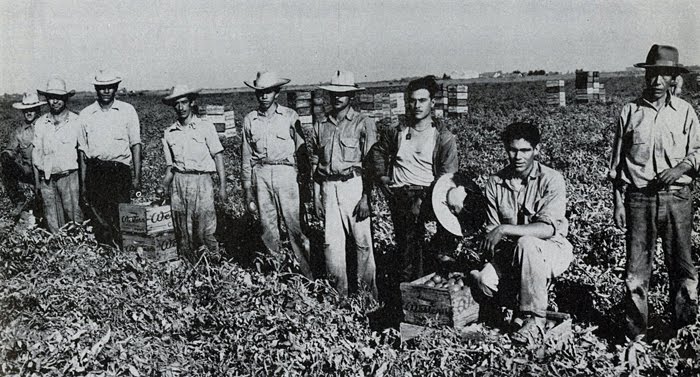 Shedding light on the current debate over immigration reform and the use of "guest workers" in American agriculture, Harvest of Loneliness  is a historical documentary examines what was known as the Bracero Program--a system put in place from 1942 to 1964 to recruit Mexican farm laborers for temporary work in the United States.

The film presents ample testimony from surviving braceros, as well as family members and descendants of these displaced workers, who typically went north expecting not just high wages but also humane treatment and working conditions-expectations that were rarely if ever met.

Producer Gilbert Gonzalez, a professor of Chicano/Latino studies at the University of California, Irvine, worked closely with KRCB to prepare and distribute his film to PBS stations across the country, in time for broadcasts associated with Hispanic Heritage Day this month. It will be shown on KRCB  Television on Tuesday, September 13, at 9 pm. You can preview highlights from the film below.

Honors earned by the film include the Audience Award for Best Documentary at the 2010 Los Angeles International Latino Film Festival, and Best Educational Film at the 2011 Amsterdam Film Festival.
Tweet Pin it