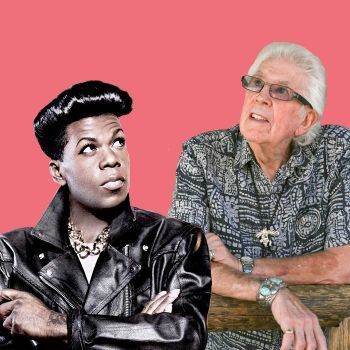 From Great Britain to the Big Easy, we explore the sounds of musical and social breakouts. First, we hear how British blues pioneer John Mayall broke out of England with his band the Bluesbreakers, bringing British blues to a larger audience. We’ll hear some of Mayall’s sources and contemporaries, like Big Maceo and Eric Clapton. Then, it’s butt shakes and backbeats with Big Freedia, the Queen Diva of New Orleans Bounce, a rhythmic dance music with sources in hip hop and rap, as well as much earlier jazz and R&B. We’ll explore some of those sources, and strut with Kermit Ruffins and Sam Morgan, head “Down Yonder” with Smiley Lewis, and “Take it to the Street” with Rebirth Brass Band.