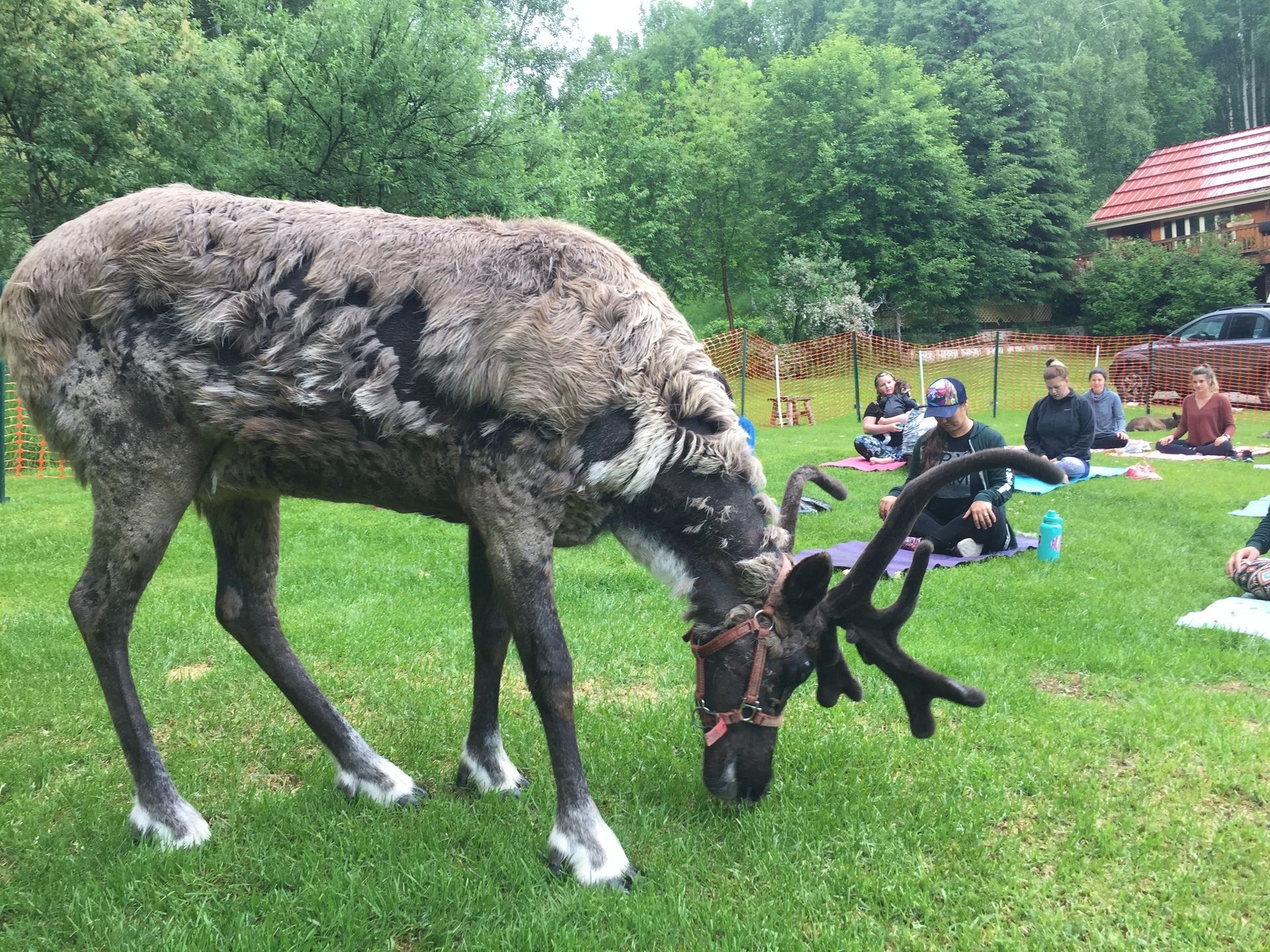 Now, in Fairbanks, Alaska, there's a new offering: a yoga class with fauna particular to the cold northern climes of the subarctic. Reindeer.

In a grassy pen at the Running Reindeer Ranch, adult and baby reindeer are milling around — grazing, nosing curiously at water bottles, and pawing yoga mats as people shake them out for class.

The air is buzzing with mosquitoes, and the sky is threatening rain, but a good two dozen or so people have shown up for this petting zoo and exercise experience.

"I've wanted to do goat yoga, but this is like one step up," says Tarah Hoxsie, one of the attendees. "This is like the ultimate, OK. So while everybody's doing goat yoga in the lower 48, we're doing reindeer yoga, which is way cooler."

The reindeer yoga class is a brand new offering for the ranch — it's only the third class. They usually give natural history walking tours with the animals.

Jane Atkinson, one of the owners, does yoga herself. She thinks that reindeer are particularly well-suited to it. They're twisty creatures — especially in the springtime when their antlers are growing and itchy, and they scratch them with their back hooves.

"So you'll see the reindeer getting into these amazing poses," she says, "and it's like wow ... look at this little yoga move that they do!"

One of Atkinson's employees at the ranch, Elsa Janney, happens to also be a yoga instructor.

She starts the class with a safety talk — things like, don't touch the reindeer's sensitive antlers because it could hurt them.

From there, much of the class follows a typical yoga class script. But there is some extra stuff mixed in, like what Janney says after she asks the class to pay attention to the sounds around them.

"Reindeer make a click when they walk," she says. "That is a ligament connected to two different ankle bones. That is unique to both caribou and reindeer."

At the start of class, most of the reindeer are standing up or slowly wandering around the mats.

But as the class goes on, one by one they all lie down. Rocket — an elegant male reindeer — spreads out between the first and second rows and spends most of the class making a soft, breathy, grunting sound that sounds like snoring. 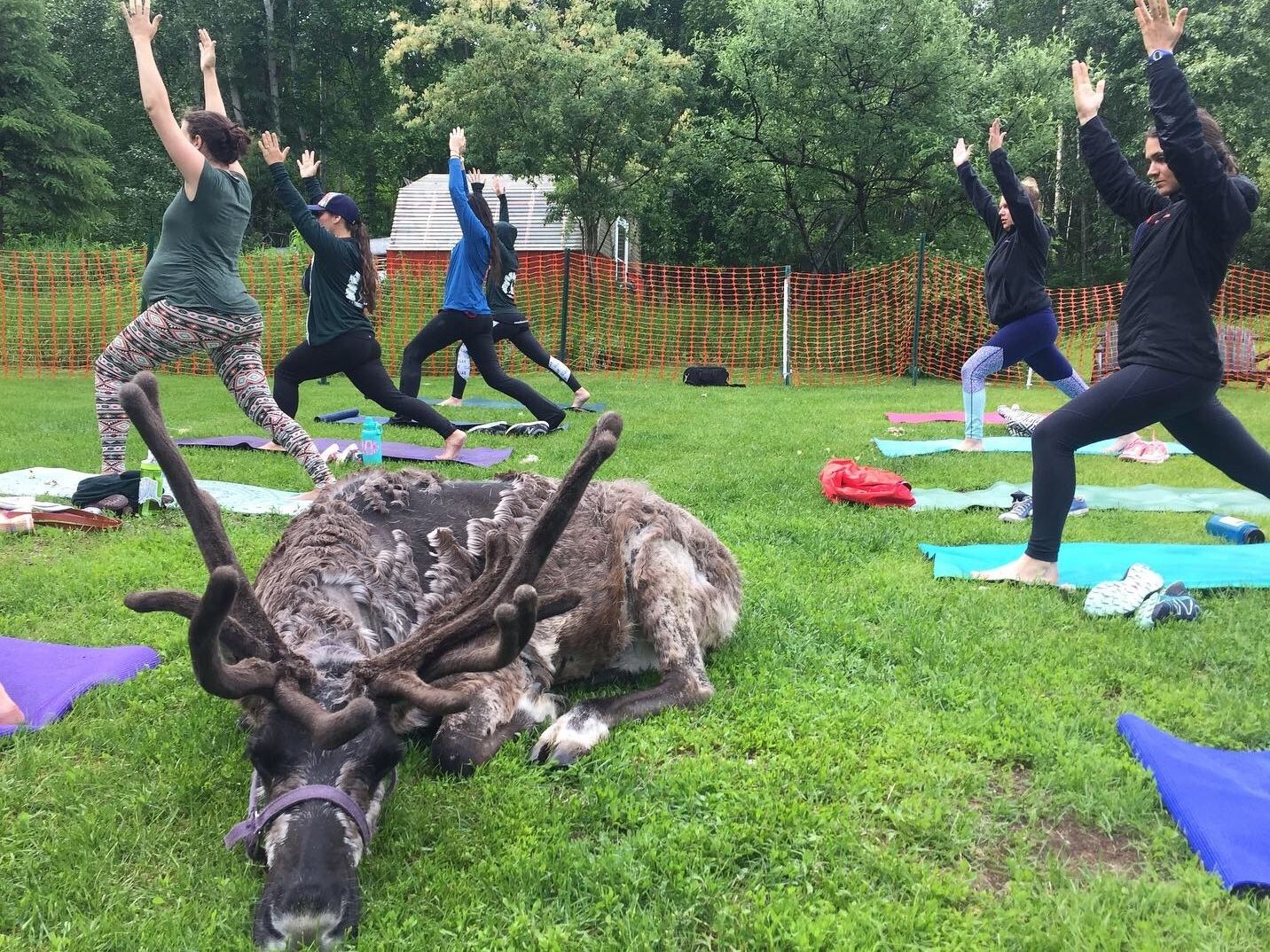 The whole thing is pretty surreal. There's a lot of giggling. Especially when one of the reindeer relieves itself on the grass.