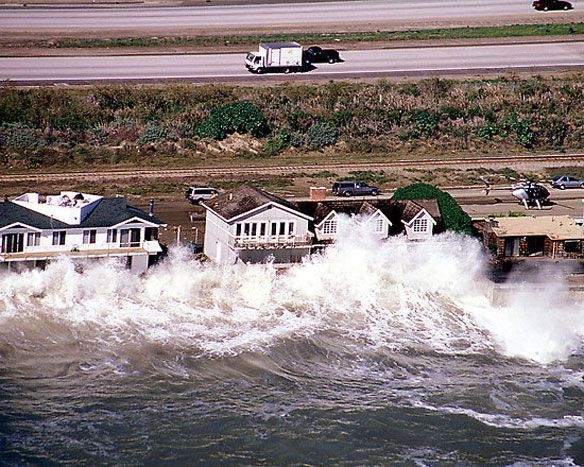 San Francisco Bay used to be much larger, before dredging and infill created new real estate where marshlands were before. So what will happen to those lands when the world's sea level increases? Documentarian Claire Schoen warns that it won't be pretty. 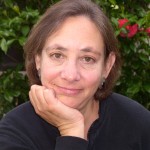 Schoen has also produced a series of related video reports, the first of which can be seen below. 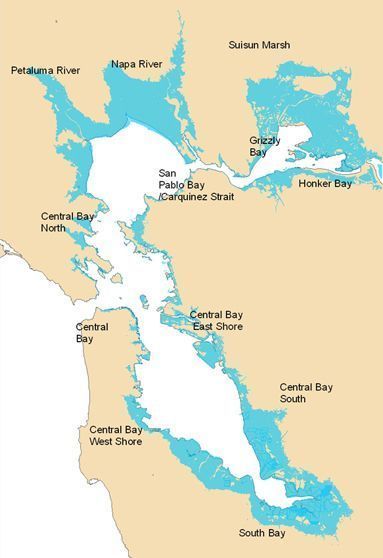 While the most obvious and immediate dangers from sea level rise are to low-lying coastal regions, Schoen observes that living on higher ground will not insulate anyone from the wider effects of this "rising" problem.

The map at right was prepared by the San Francisco Bay Conservation and Development Commission. They have also created close-up maps that show the projected level of sea water intrusion for both the Petaluma River and Napa River, with a 16 inch rise in sea level.