Save Our Sonoma Roads 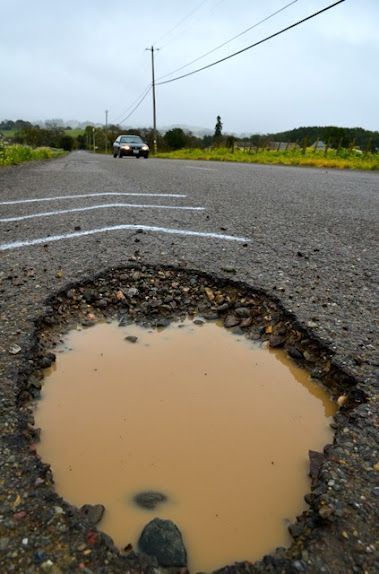 One of the many hazards that awaits unwary travelers on Lichau RoadThe hundreds of potholes that jar travelers Sonoma County's roads should not be seen as a result of insufficient funding, a new advocacy group argues, but a direct consequence of inappropriate budgetary choices.

Michael Troy (left) and Craig HarrisonThe multitude of potholes and stretches of degraded pavement are not just a problem for motorists, notes SOS Roads co-founder Michael Troy. And he doesn't buy the argument that a rural county isn't able to maintain its roads. 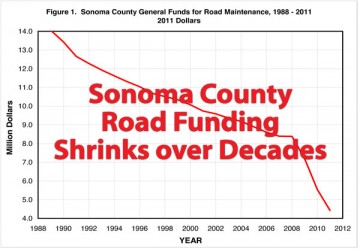 While SOS Roads was formed with an eye toward affecting the dialog in the current electoral season, co-founder Craig Harrison says they are looking beyond June and November to see their issue through.

The county has prepared detailed maps of all the roads it is responsible for maintaining, color-coded to indicate the condition of each. How do the ones you regularly travel on rate?