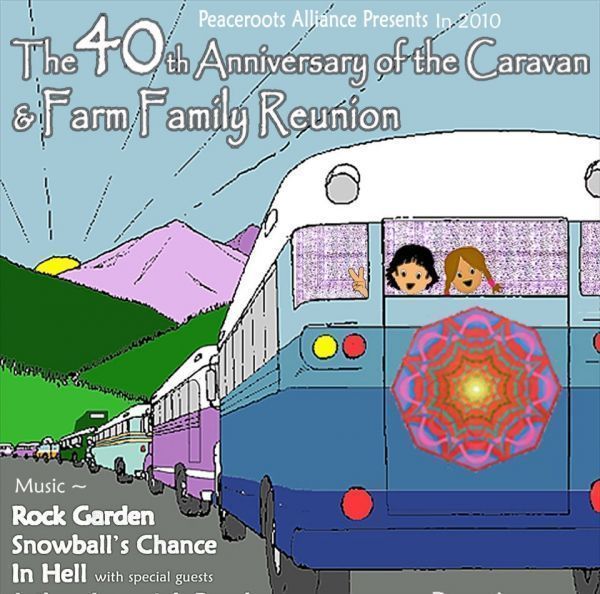 Communal living was a idealistic experiment for some back when the counter-culture was in full flower, and The Farm, a pioneering outpost in rural Tennessee, mostly managed to live up to those ideals.

The earliest origins of The Farm can be traced back to San Francisco at the end of the 1960s, recalls Robert Tepper, in a group that coalesced around a San Francisco State professor named Stephen Gaskin. 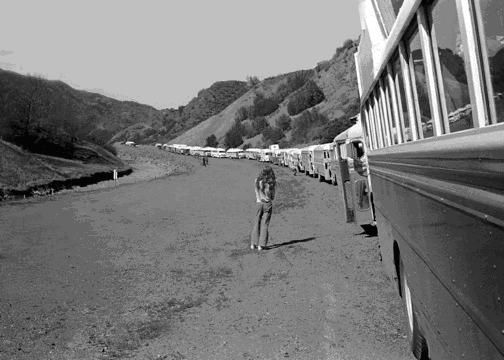 That memorable caravan, as seen in this photograph (© Book Publishing Company), was also the basis for the  poster promoting the gathering of former Farm residents in Santa Rosa on Saturday.  It’s natural that such an event would happen here, Tepper adds, since the North Bay was once home to so many of the founding Farmers.

Today, The Farm (seen below from the air) hosts a much smaller population, says Linda Rake, but it remains a hub of sustainable activity. 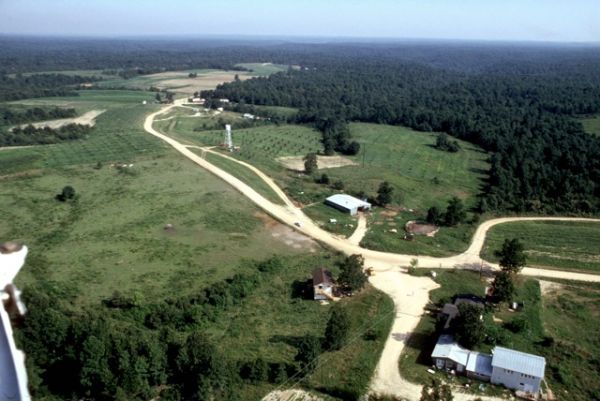 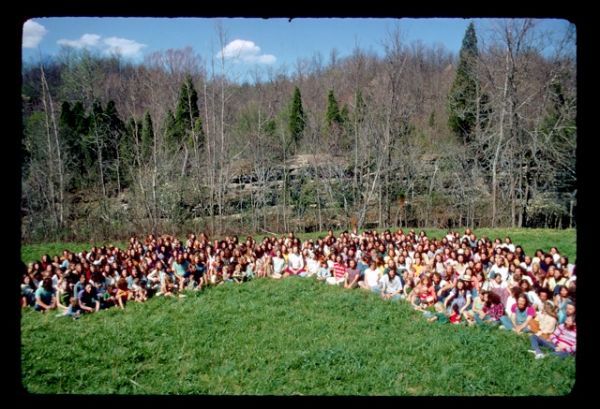 From the founding group of around 300, the population of The Farm quickly grew, in part, Linda Speel recalls, due to their open door policy toward visitors, particularly expectant couples.

It took a few years for the community to attain economic equilibrium, but Linda Rake notes that they soon began to marshal what resources they had to reach out and assist when natural disasters struck elsewhere in the hemisphere, through an organization they named Plenty.