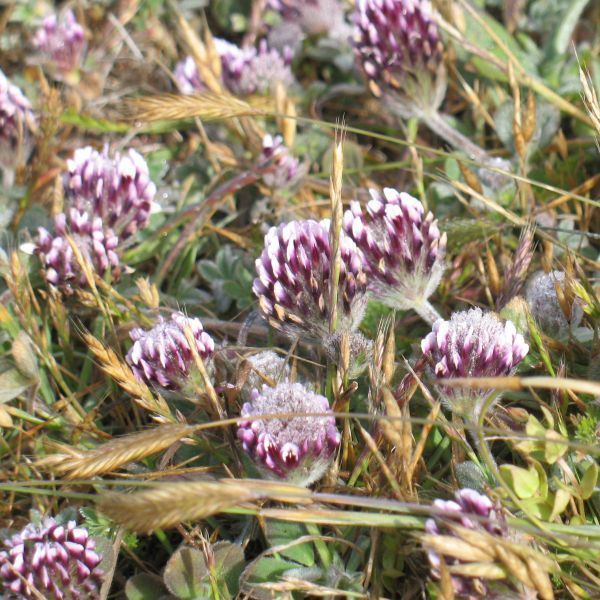 Showy Indian CloverThe number of plants and animals listed as threatened or endangered is almost constantly growing. But only rarely does a species that was thought to be extinct make a come-back to join the endangered list. This is the story of just such a recovery, in the coastal hills of the North Bay. 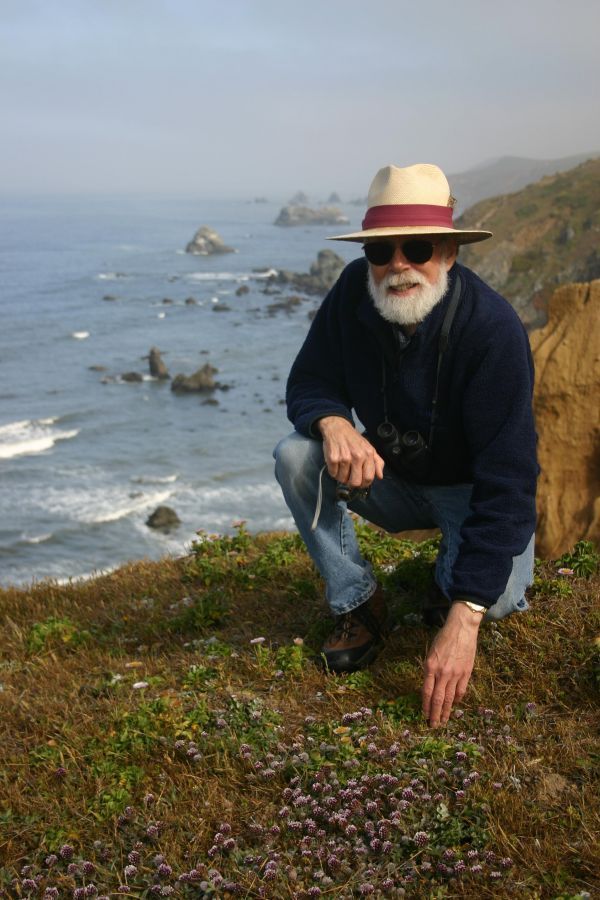 It's now been a little more than 18 years since Connors made that first surprising discovery, but he clearly remembers the surprise and concern that accompanied that moment.

Finding that single specimen in the first place was an enormous stroke of good fortune, Connors readily admits, and the fact that it survived to bear seeds seems nothing short of miraculous. Because even after he surrounded it with an improvised wire cage to protect the clover from hungry herbivores, it still narrowly escaped two nearly fatal encounters with inattentive humans, just in a mater of days. Connors recalls thatfortunatley it was his practice to stop by and check on the plant every other morning that late summer. 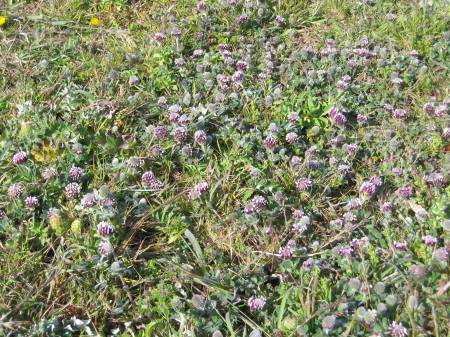 That first specimen, found on an inland hillside west of Occidental, never reappeared. but three years later,Connors found a second wild patch of the same clover, growing on a coastal bluff in Marin county. That population, seen in the photograph at right, remains vital, in part because it lies on private property where it is less likely to be overrun by hikers or other visitors.
Seeds taken from that patch have been used by plant ecologist Dianna Immel to begin re-establishing the endangered plant in selected locations within the Point Reyes National Seashore.