John Muir (right) died 95 years ago, but he still speaks to modern day California. And not just through his writings.

Retired Methodist minister Don Baldwin (seen here in character) has embraced the role of ground-breaking environmentalist John Muir in public appearances throughout northern California and beyond. 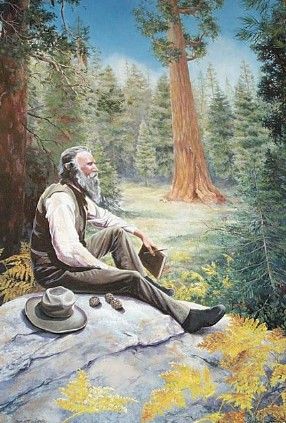 Even after studying biographies and Muir's own extensive writings, Don Baldwin remains amazed by the early environmentalist's ability to survive handily in the wilderness with the most minimal supplies.

Despite his capacity for extended solo sojourns,  Baldwin reports that Muir was also a highly social person, when he came back down from the mountains. 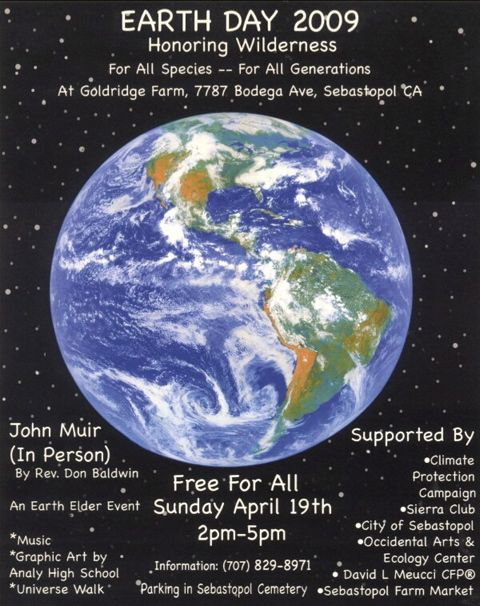 "John Muir" will be appearing twice in Sonoma County on Sunday, April 19th, first at the 11 am service at the Unitarian Universalist congregation in Santa Rosa  and at 2 pm in Sebastopol for the annual Earth Elders event (left) at Luther Burbank's historic Gold Ridge Farm.