Just as doctors move quickly to detect and treat infectious diseases before they can spread, botanists and habitat managers are teaming up to use the same approach against invasive weeds in the Bay Area. 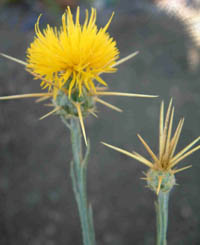 California Invasive Weeds Awareness Week (CIWAW)is July 20-26, 2009. This  an annual event that brings attention to the problems caused by invasive plants in California (such as the yellow star thistle, shown in flower at right), and to the work of local groups that work to protect our natural areas and rangelands. In 2004, the state legislature signed a proclamation declaring California Invasive Weeds Awareness Week to begin the third Monday of July each year. 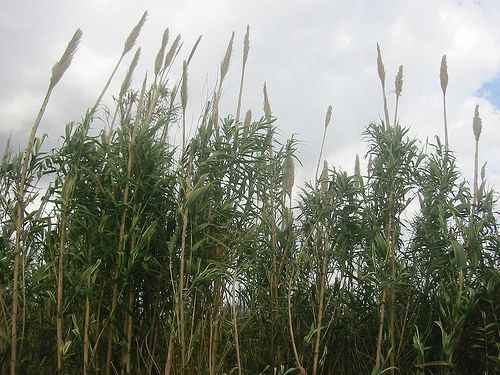 Arundo dorax, above, spreading rapidly in the middle reach of the Russian River, and threatening to become established downstream as well.

Dan Gluesenkamp, is Director of Habitat Protection and Restoration for the multiple preserves owned and managed by Audubon Canyon Ranch, explains that the basis methods employed by the BAEDN are those used by his and other, like-minded organizations, but scaled up to work on a regional basis.

Goals of the Bay Area Early Detection Network include:

In Sonoma County, ludwigia is one of the most conspicuous invasive plants, growing agressively in the Laguna de Santa Rosa and in slow-moving portions of the Russian River, as seen in the foreground below. 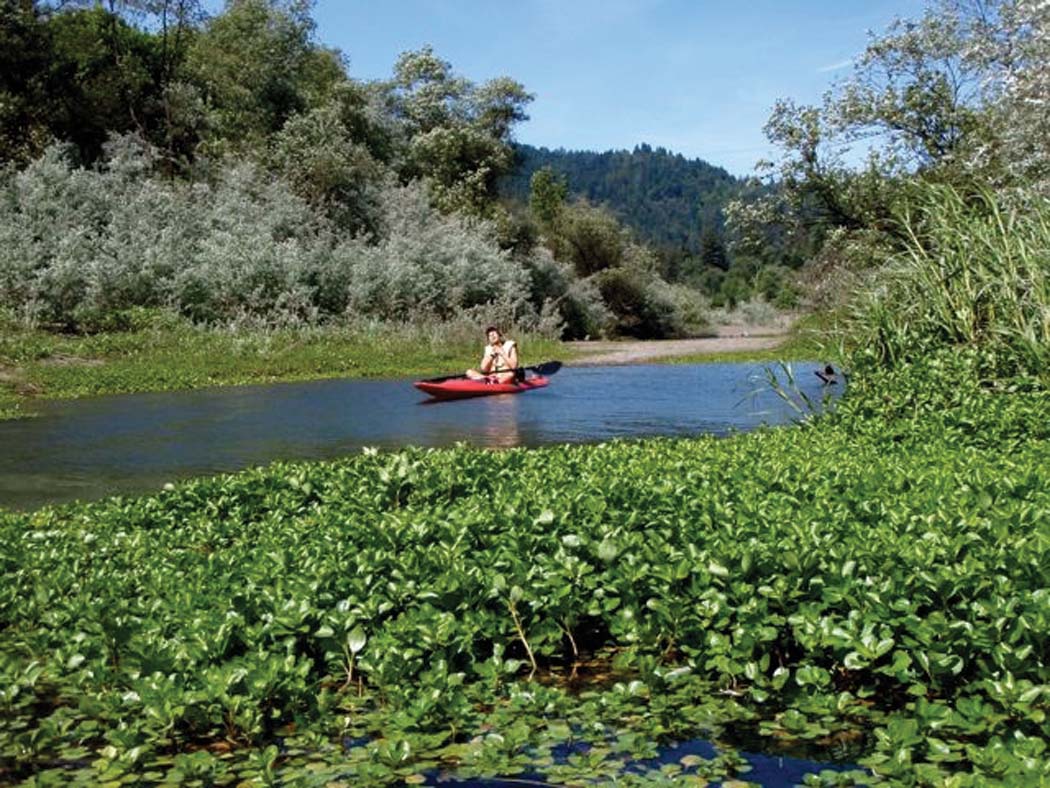