It's a classic win-win. The Hungry Owl Project is providing habitat and boosting populations of barn owls in the north bay, enabling the nocturnal predators to feast on mice, rats and other rodents we'd rather not be allowed to proliferate unchecked. 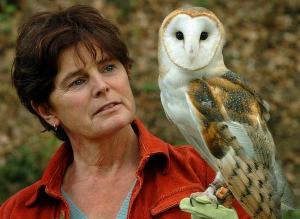 Alex Godbe with her friend, WookieBarn owls are just one of several species of owls that are common across the North Bay. Although they, like most owls, are nocturnal, Alex Godbe, Director of the Hungry Owl Project, says barn owls are easy to recognize when seen in flight. But don't expect to hear one fly past. 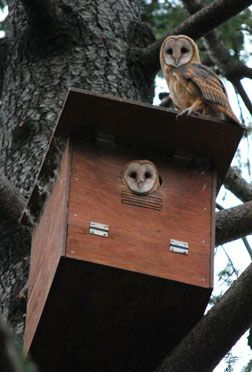 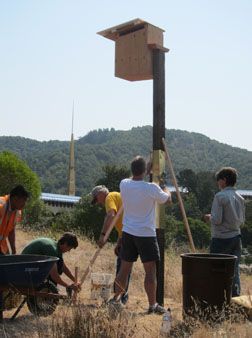 A series of five owl boxes, provided by the Hungry Owl Project,  were installed near the Marin Civic Center last fall to help control the burgeoning rat population in that vicinity.Left alone, barn owls can live a decade or more, Alex Godbe explains, and while they don't necessarily maintain any sort of social relationships, they are also non-territorial, and so can readily co-exist with one another, provided the food supply is sufficient for all.

The Hungry Owl Project offers instructions for building owl boxes as well as finished boxes for sale via their website.

This map, showing where Barn Owls can be found across North America, was prepared by the US Geologicial Survey.