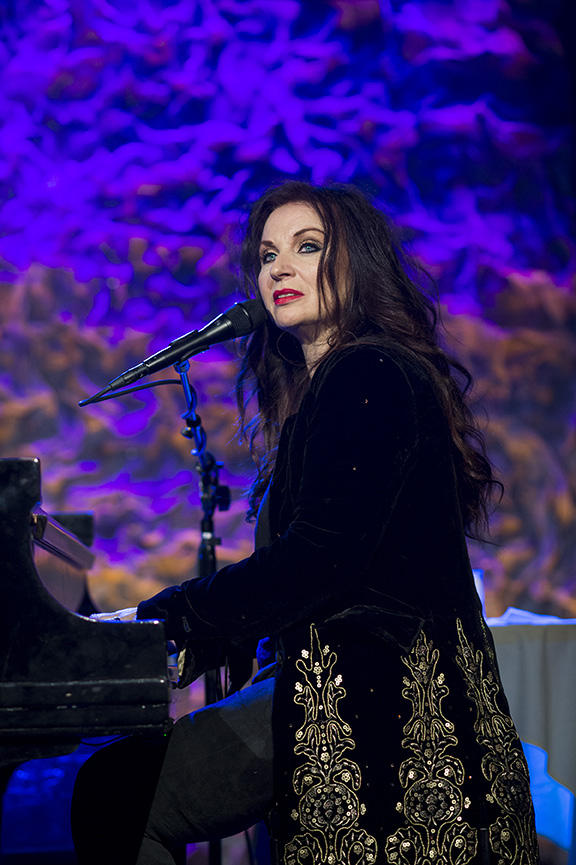 Her first album, Emotions on a Postcard, debuted in the United States in 1996. 5 albums later brings us to her latest effort, Somebody's Child, released in March of this year on Twanky Records - a record label she co-founded with her husband Harry Shearer.

She has recorded and toured with Richard Thompson, and is currently touring North America with Bryan Ferry. While on this tour, Owen is performing her own concerts at select venues as well.

Judith Owen and her band are performing at McNear's Mystic Theatre in Petaluma Sunday night at 8:00 pm, featuring legendary bassist Leland Sklar. Doug will have pairs of tickets to give away for the show.