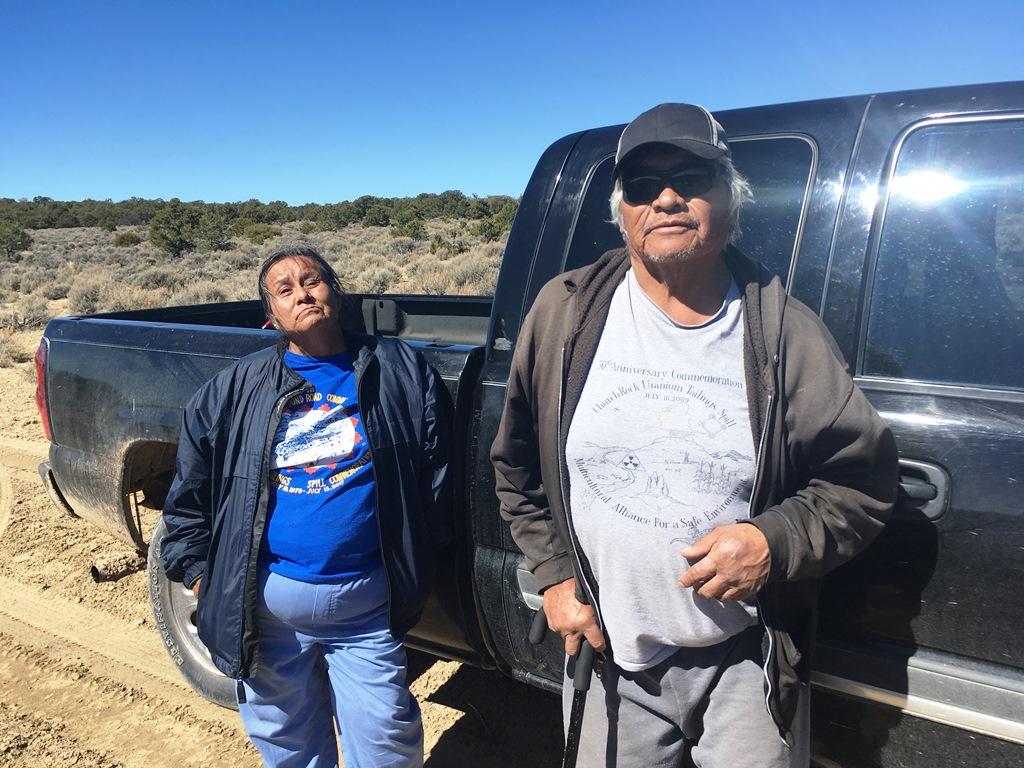 For the Navajo people Mother Earth is sacred. She places her mineral riches below ground. That’s where they’re meant to stay. If the Earth’s elements are hauled up to the surface, Navajos believe they can turn monstrous -- or they can unleash the monsters in humankind.
Uranium mining produces radionuclides and other toxic wastes full of heavy-metals. Transformed for weaponry and fuel, uranium can affect human genes, according to the Journal of Environmental Radioactivity.
To get at uranium deep underground requires scouring the earth with chemicals to extract the raw ore and its poisonous bedfellows. What’s left are soils that blow contaminants through the air as dust, and wastewater that seeps deep into underground aquifers and pollutes groundwater. The residents of the Red Water Pond Road community in New Mexico have lived with uranium mining contamination for 50 years.
(pictured: Jean Hood and Peterson Bell at Standing Black Tree Mesa. Credit: Hannah Colton)
They’re sick of the mess -- and tired of being in a state of toxic limbo that the uranium industry bequeathed when it packed up and left.
Producer Ellen Berkovitch made several trips to Red Water Pond Road to visit this community. She brings us the story.

Learn more about the Navajo Nation and uranium contamination. 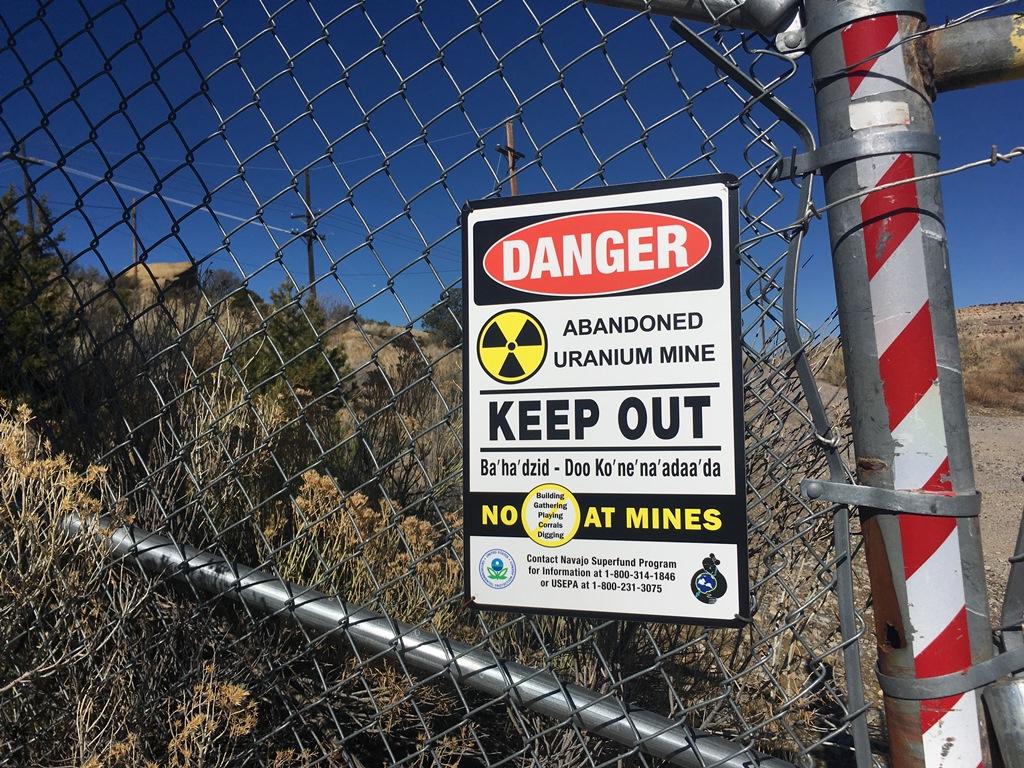 All of the music titles above licensed under Creative Commons licenses courtesy of CC Mixter dot org.