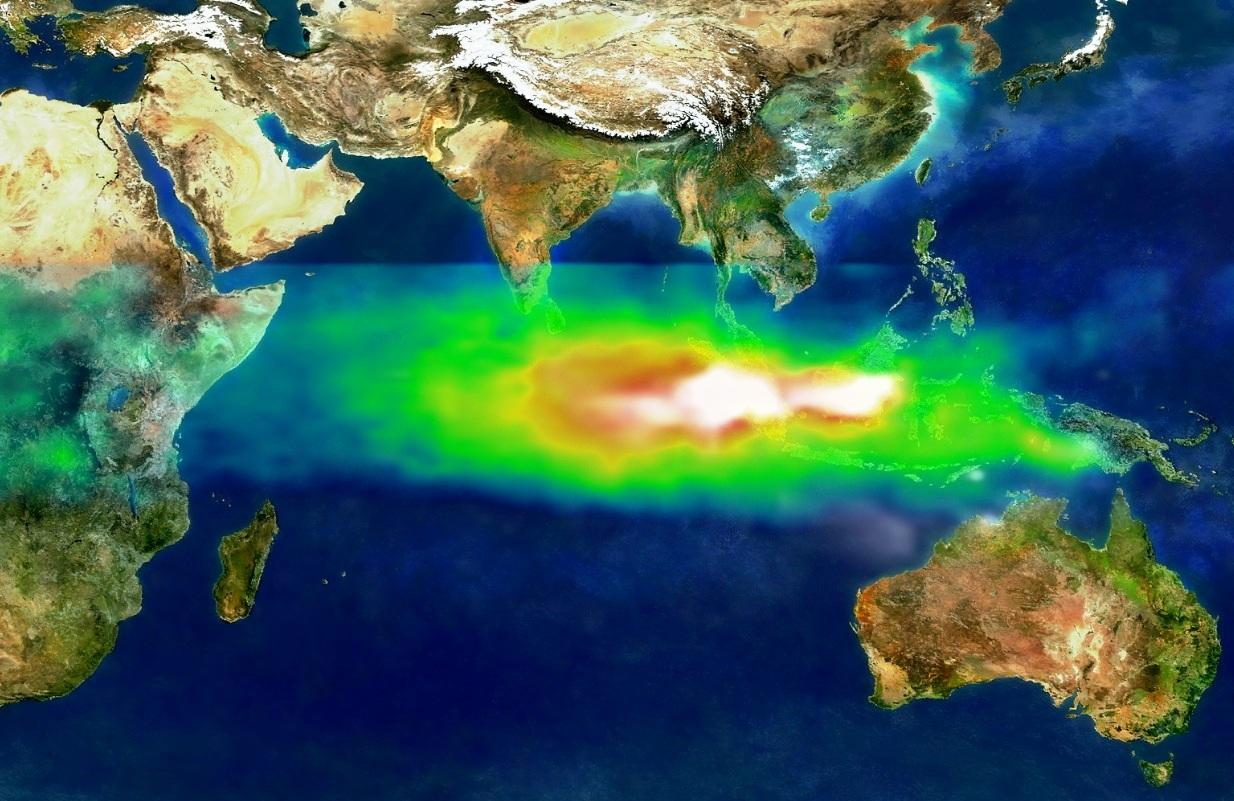 The peat swamp forests of Borneo are the site of a failed agricultural experiment. Planners believed that rice should grow in the swamps, but it couldn't. Even today, experiments with growing oil palms and other trees are changing the forests, with little positive to show for these efforts.

As indigenous people lost their livelihood, carbon poured into the atmosphere from uncontrolled fires.

Read an article by The New York Times on the same region of Indonesia.

(Image: Smog and smoke over Borneo and Indonesia, 1997. Credit: NASA)