Text and photos by Diane Askew 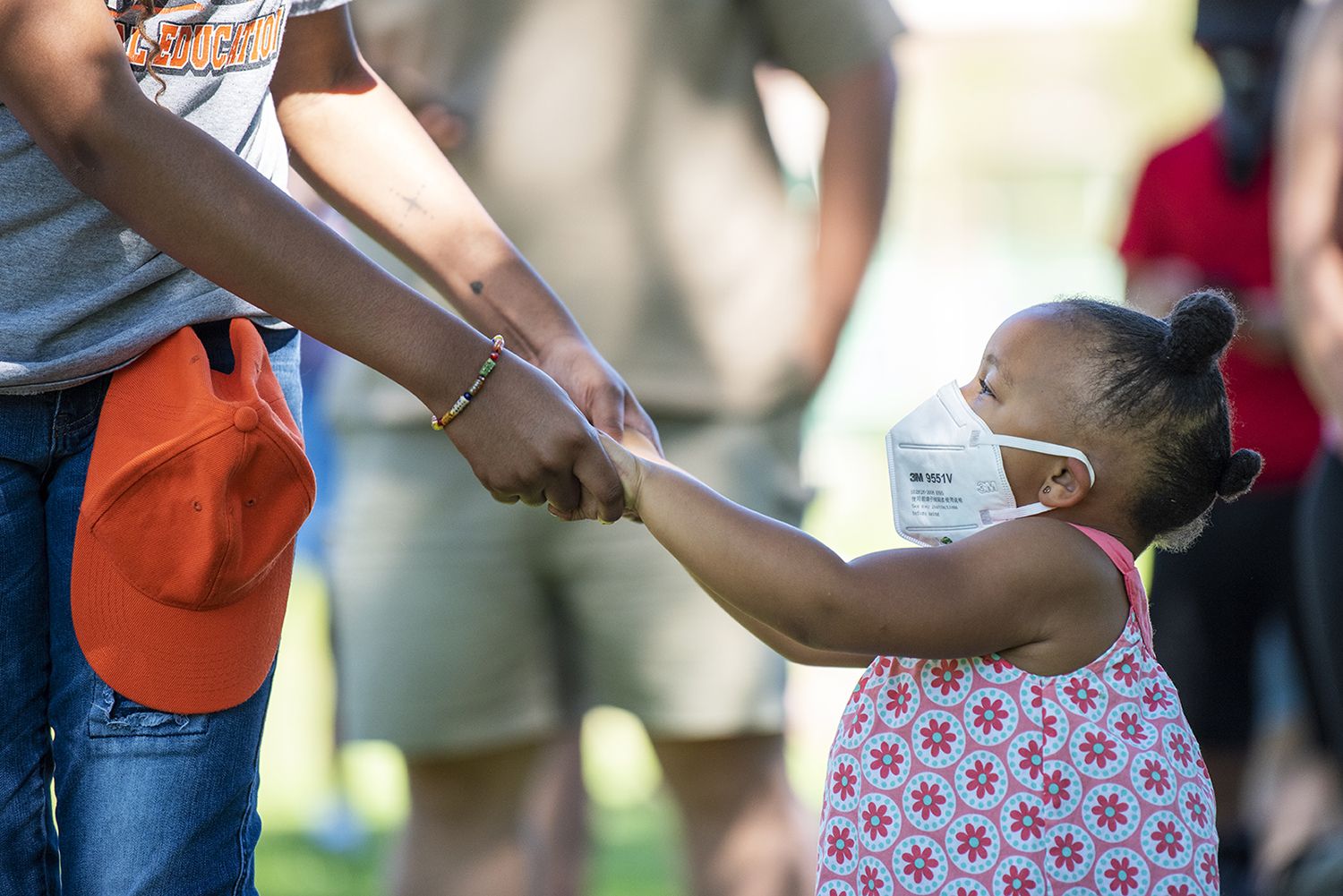 On Saturday afternoon, July 11, several hundred people showed up for a rally on the campus of Santa Rosa Junior College. The event was sponsored by the school’s Black Student Union and Uplifting Black Leaders, a newly created group that has helped organize some of the recent Black Lives Matter protests in our area, in response to the May 25 death of George Floyd in Minneapolis. [Read more in the Press Democrat]

Speakers at the rally called for changes at the college in terms of diversity and leadership. Following the speeches, the group marched to Old Courthouse Square. Once there, the participants listened to more speeches and knelt in memory of those who have been killed by the police. These photos attempt to capture the spirit of the rally and march. 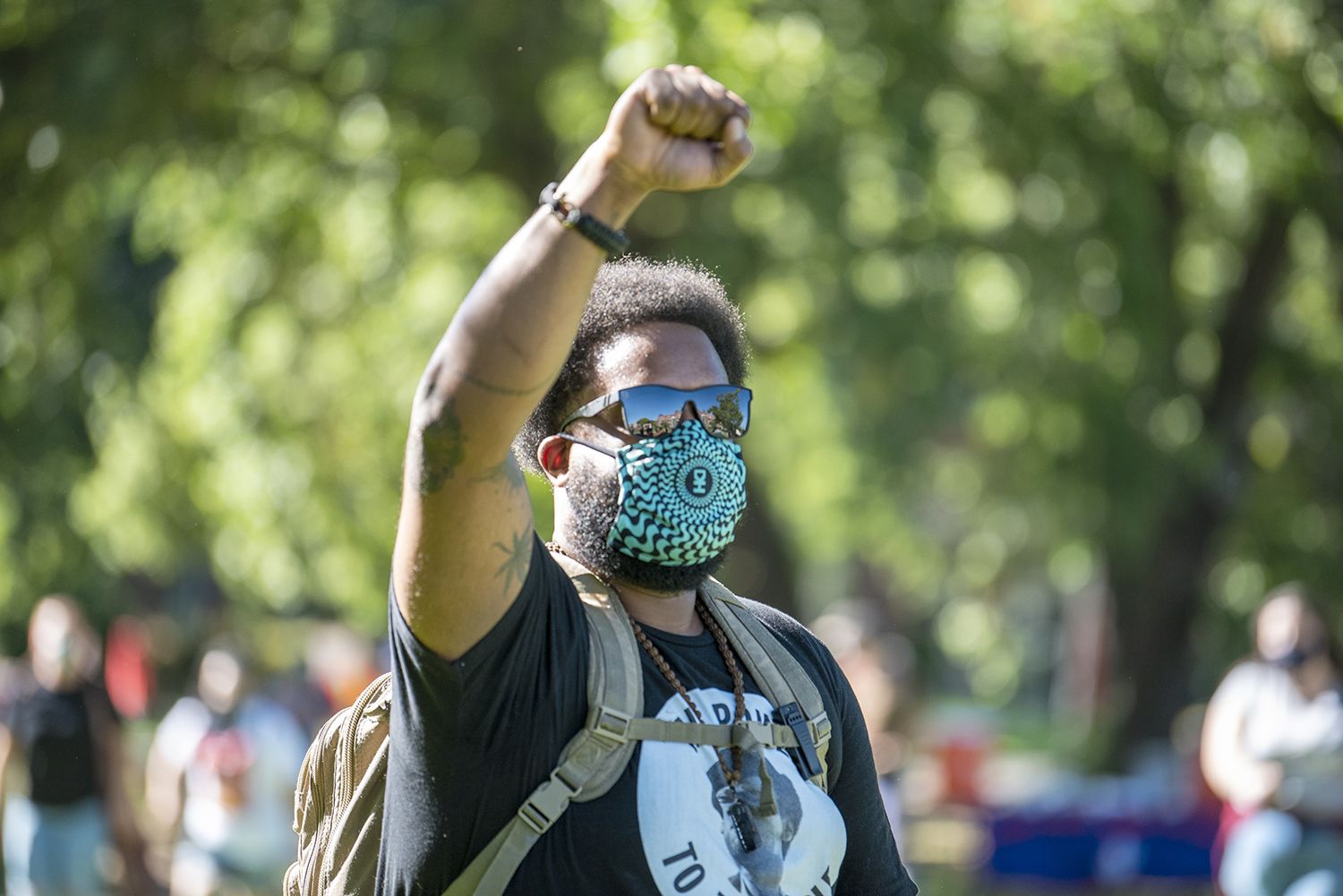 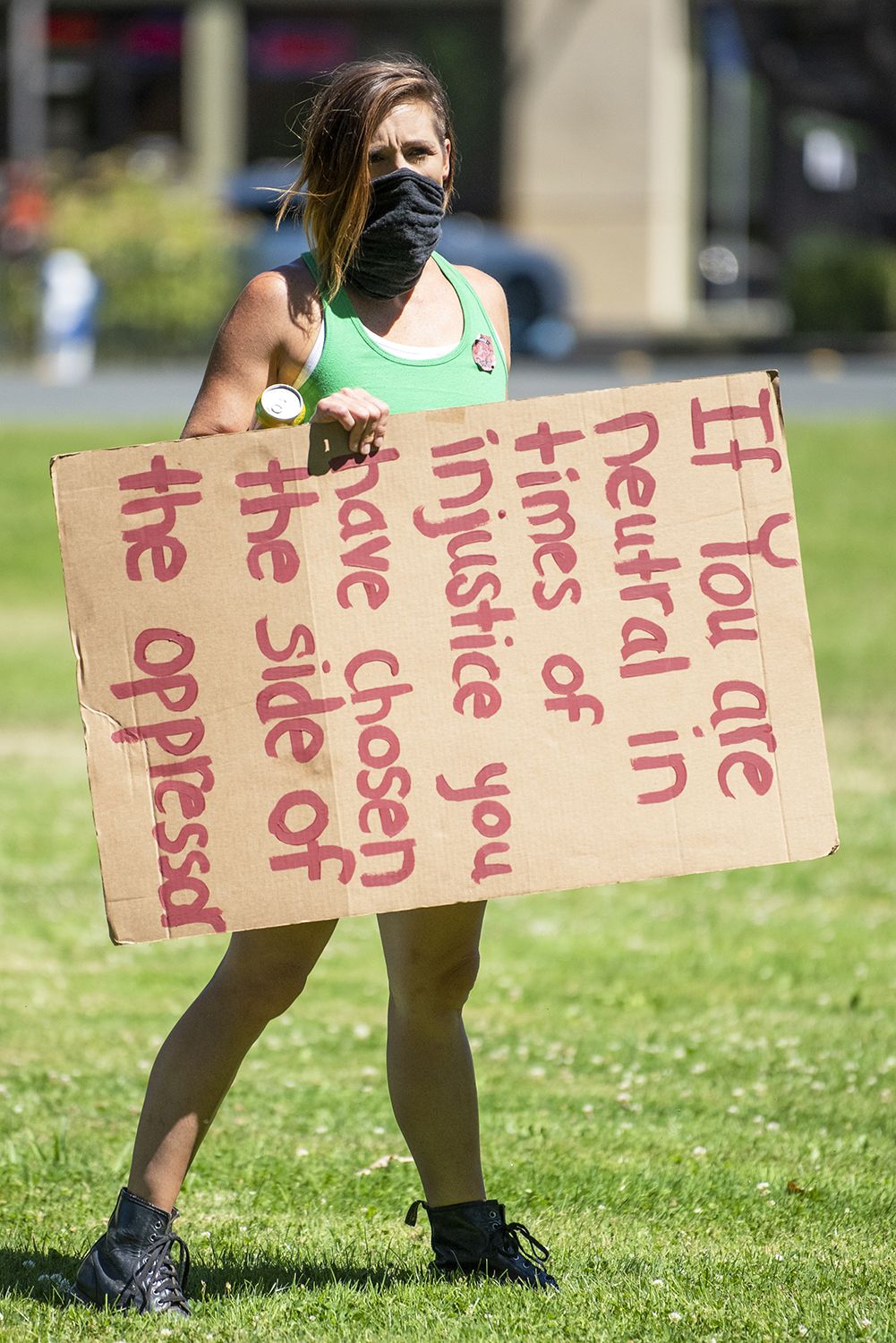 Click on small image for more photos from the demonstration.