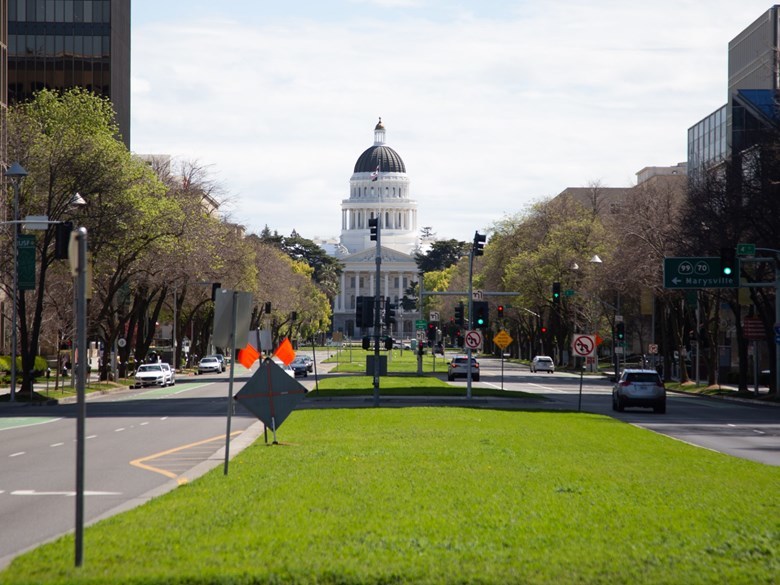 Democratic Assemblywoman Autumn Burke announced she tested positive after having contact with someone carrying the virus. Lawmakers are currently on summer recess, but it’s believed she contracted it while the Legislature was in session.

Regulators made thousands of in-person visits over the holiday weekend to bars, restaurants and other establishments across the state. However, they issued fewer than 60 citations.

California filed a motion Monday for the U.S. Environmental Protection Agency to reduce methane emissions as laid out under federal law.

A statue of missionary Junipero Serra is the latest to come down as protests against racial injustice continue. Activists say the effort to “de-Sutter, de-Serra, and de-Columbus” Sacramento is ongoing.