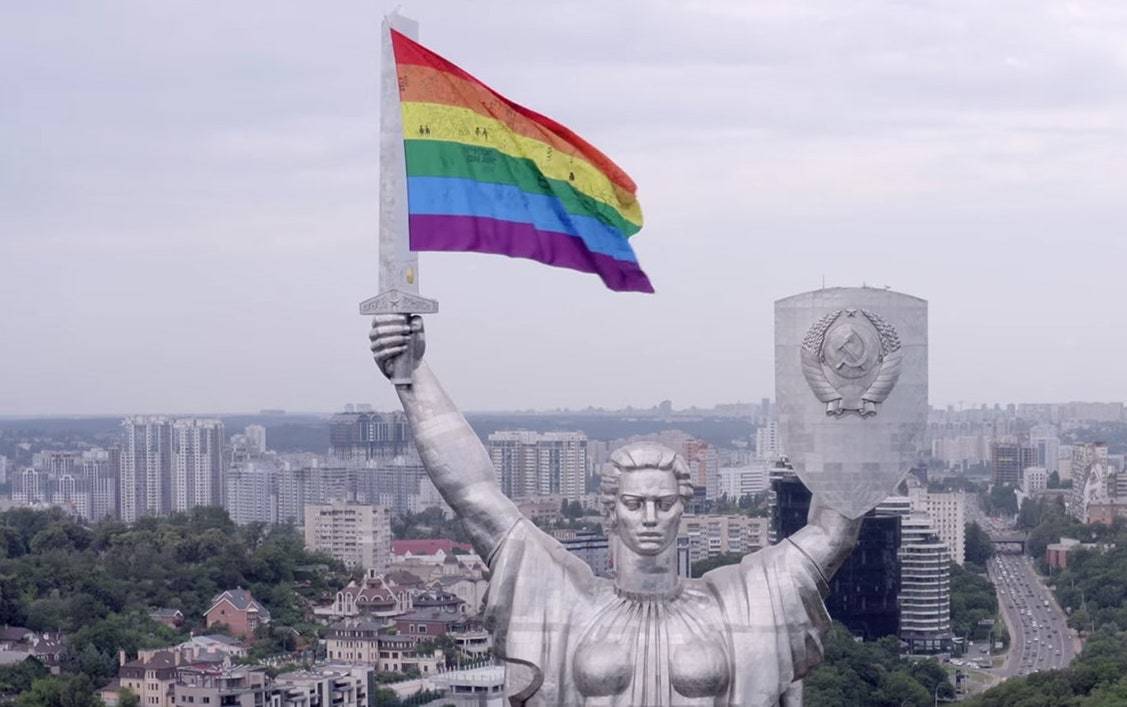 LGBT activists used a drone to place a rainbow pride flag in the hands of a famous statue in the often anti-LGBTQ country of Ukraine.

Pride celebrations happened virtually all over the U.S.; perhaps inspiring a 90-year-old man to come out of the closet for the first time while wondering about the love of his life from 50 years ago.

Cities throughout the Bay Area raised the pride flag on official flag poles, but in San Ramon and Danville, the City Council’s voted to raise the Philadelphia version of the flag created in 2017 that includes a brown and black stripe representing LGBTQ communities of color.

Outbeat News can be heard Sunday nights at 8 pm as part of Outbeat Radio on KRCB FM-Radio 91.