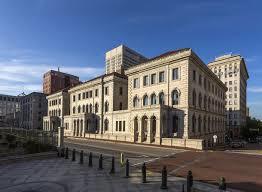 A U.S. District Court of Appeals ruled against the U.S. Air Force and Trump Administration policy of discharging service members who are HIV-positive.  The court cited an outdated view of HIV and a violation of the Americans With Disabilities Act in their decision.

Two seminary students in California who were expelled from school because they are married to a same-sex partner are suing the college for violation Title IX.

Meanwhile, Rick Weltz, the president of the Golden State Warriors married his same-sex partner of 9 years in a ceremony officiated by Mayor London Breed.