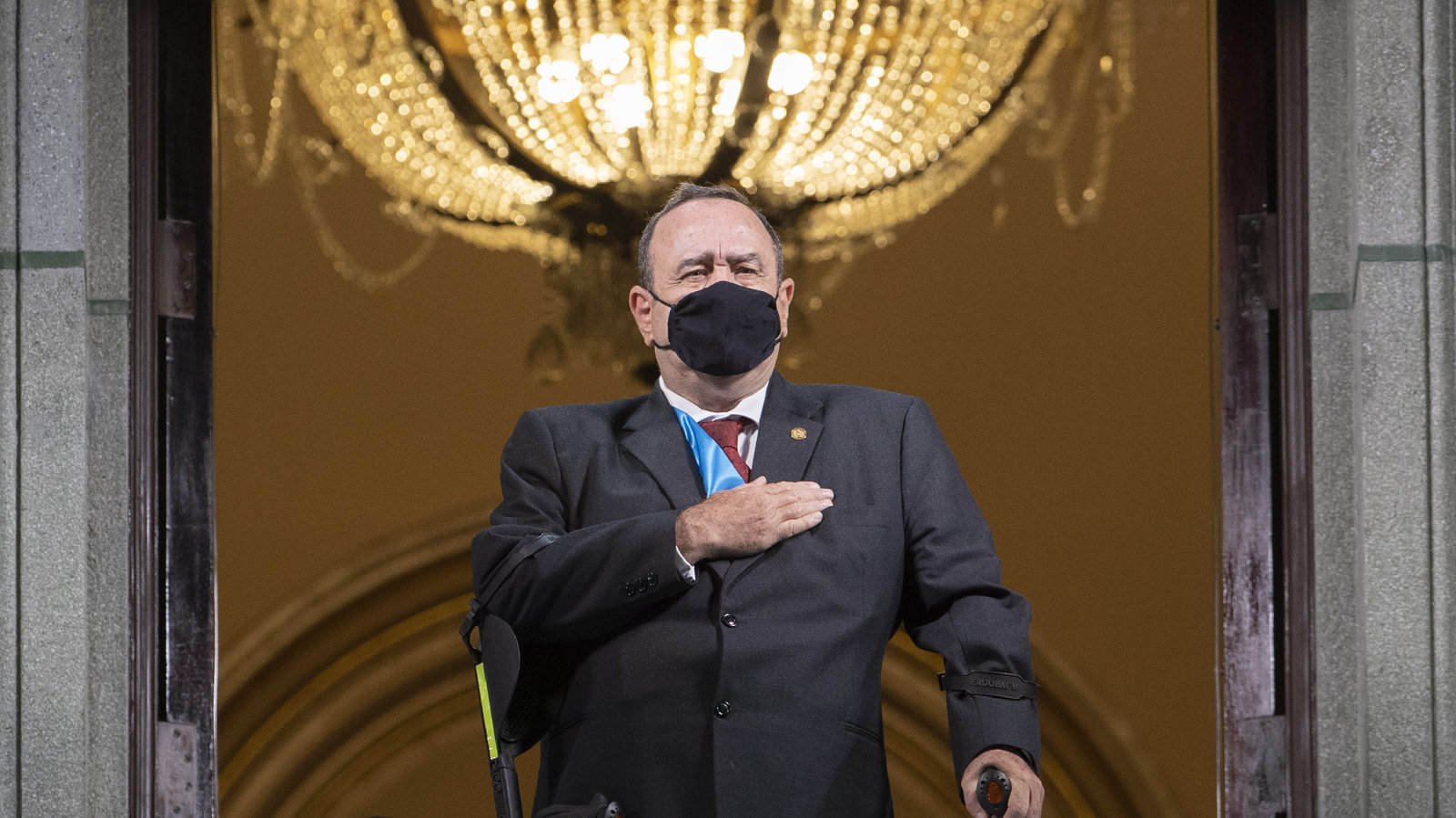 He said he feels well, is showing typical symptoms of high fever and body aches and has been treated at the Centro Medico Militar, one of the hospitals designated to treat COVID-19 patients in Guatemala City.

In a live appearance on the Guatemalan government website, Giammettei said he's following his doctor's recommendations, "resting and isolating myself from all public activity," though he said, "your government continues to work."

Giammettei said he's asked his entire cabinet to be tested and to work remotely.

The Central American country closed its borders with Belize, Honduras, El Salvador and Mexico as well as its international airports on March 16.

The Ministry of Health announced new travel protocols, asking that everyone older than 10 seeking to enter the country present a COVID-19 negative test result taken at most 72 hours before arrival.

The ministry is also making face masks, social distancing and hand sanitizing mandatory at the ports of entry. If a foreign traveler presents suspect symptoms upon arrival, the traveler will be denied entry; a local traveler will be isolated.

The small country with a population of less than 20 million has 84,344 confirmed COVID-19 cases and 3,076 deaths, according to the Guatemalan Ministry of Health.

Giammettei was elected president last year. He is a former prisons chief who has butted heads with President Trump over immigration.

Giammettei joins the ranks of other world leaders who have tested positive for coronavirus, such as Jair Bolsonaro of Brazil and Boris Johnson of the U.K.

"I ask for your prayers," said Giammettei on his live remarks. The 64-year-old president has multiple sclerosis and walks with the help of a cane.