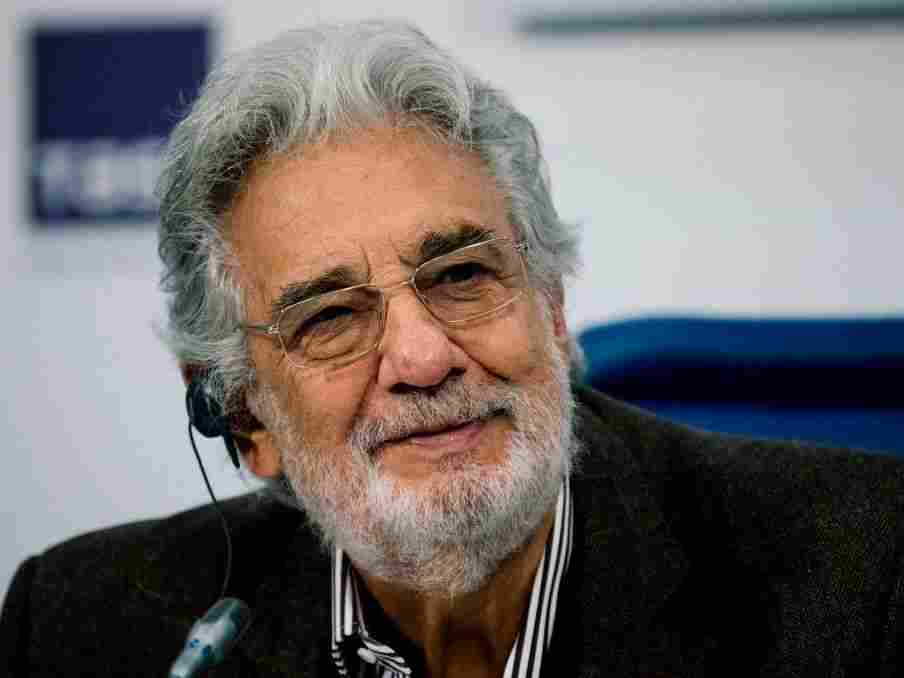 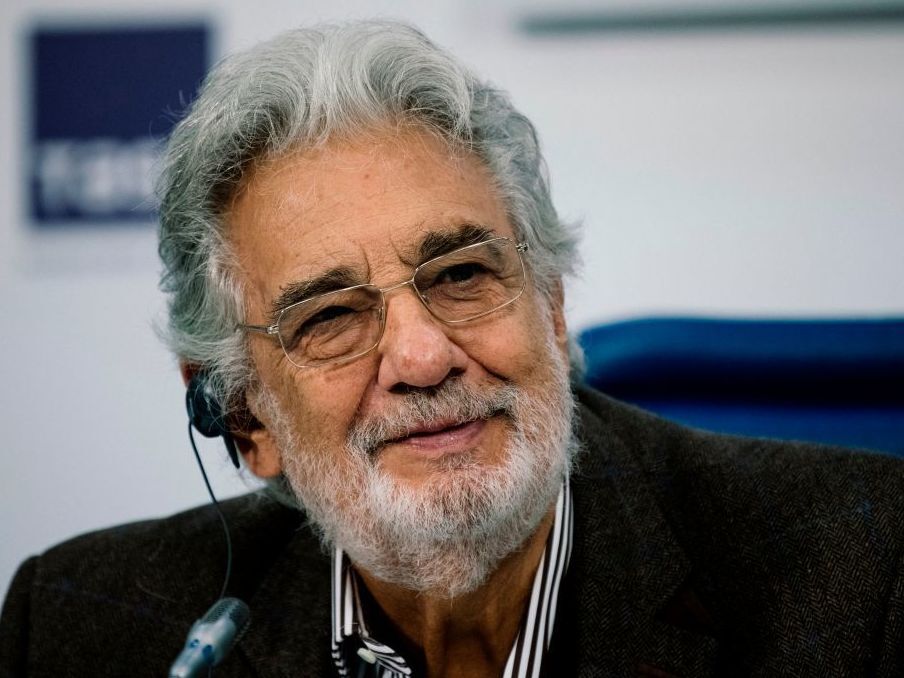 Singer Plácido Domingo at a press conference in Moscow in October 2019.

The union representing opera performers, choral singers and dancers says that according to an independent investigation it commissioned, opera megastar Plácido Domingo engaged in "inappropriate activity" with women both "in and out of the workplace."

In a brief press release issued early Tuesday, AGMA gave no information about specific incidents of alleged misconduct, except to say that it ranged from "flirtation to sexual advances, in and outside of the workplace," nor did it provide any time span for those activities. It continued: "Many of the witnesses expressed fear of retaliation in the industry as their reason for not coming forward sooner. The AGMA Board of Governors has accepted the findings of the report and will take appropriate action."

The investigation was launched last September. Two sources tell NPR that its conclusion was to include a $500,000 settlement between the singer and the union, the American Guild of Musical Artists (AGMA). But, the sources say, the settlement was retracted overnight after The Associated Press published some details about the investigators' findings early Tuesday.

The AP reported Tuesday that the investigators hired by AGMA spoke to 27 people who said that they were either "sexually harassed or witnessed inappropriate behavior" over the course of two decades, and that the timeline of Domingo's behavior included the periods during which he was artistic director at Washington National Opera and general director of Los Angeles Opera. One of NPR's sources who had seen the investigators' report confirmed the total number of alleged victims and witnesses, as well as the time frame of the misconduct.

The 79-year-old singer's representatives did not immediately reply to NPR's request for comment. However, he issued a statement to the AP, saying: "I have taken time over the last several months to reflect on the allegations that various colleagues of mine have made against me. I respect that these women finally felt comfortable enough to speak out, and I want them to know that I am truly sorry for the hurt that I caused them. I accept full responsibility for my actions, and I have grown from this experience."

The AGMA investigation, as well as a separate independent investigation led by LA Opera, was launched after the AP reported last year accusations of 20 women who said that Domingo had sexually harassed them as far back as the 1980s and as recently as the 2016-2017 opera season.

Several prominent American companies, including most notably the Metropolitan Opera, parted ways with Domingo in the wake of the accusations. By contrast, many European opera houses and singers either offered him public support, or suggested that they would await the results of the investigations.

Speaking anonymously for fear of retribution, the sources with knowledge of the planned $500, 000 settlement told NPR that Domingo's legal representatives withdrew its settlement offer with AGMA early Tuesday morning. NPR has viewed the email which senior AGMA leadership sent early Tuesday to its officers and national board of governors, a group of about 80 individuals, saying that the union intends to take "appropriate action" against any members who had spoken to the AP, adding: " The damage caused by these individuals to our union, our members and the targets of Domingo's harassment is incalculable." AGMA declined to comment to NPR on details of the tentative settlement or its withdrawal.

The results of the AGMA investigation were not supposed to be disclosed, either in summary or in full, to the public or to the union's membership. Union leaders, however, were permitted to speak individually to members about the investigation and its findings.

Funds from the settlement were supposed to cover AGMA's fees for the investigation, to fund a sexual harassment prevention training program for AGMA's membership and possibly also to be distributed in part to a variety of organizations that aid survivors of sexual misconduct and abuse.

In its Tuesday public statement, AGMA said that the union and its signatory performing arts companies plan to "improve culture" and "prevent harassment in the future." Additionally, AGMA said it will conduct a promotional campaign and use training programs "to empower its membership to speak out and prevent harassment."

The separate investigation launched by LA Opera, where Domingo was general director for 16 years before resigning last October, is ongoing.