The Past Year, And Decade, In Music Listening: Video Rules, The Boy's Club Remains 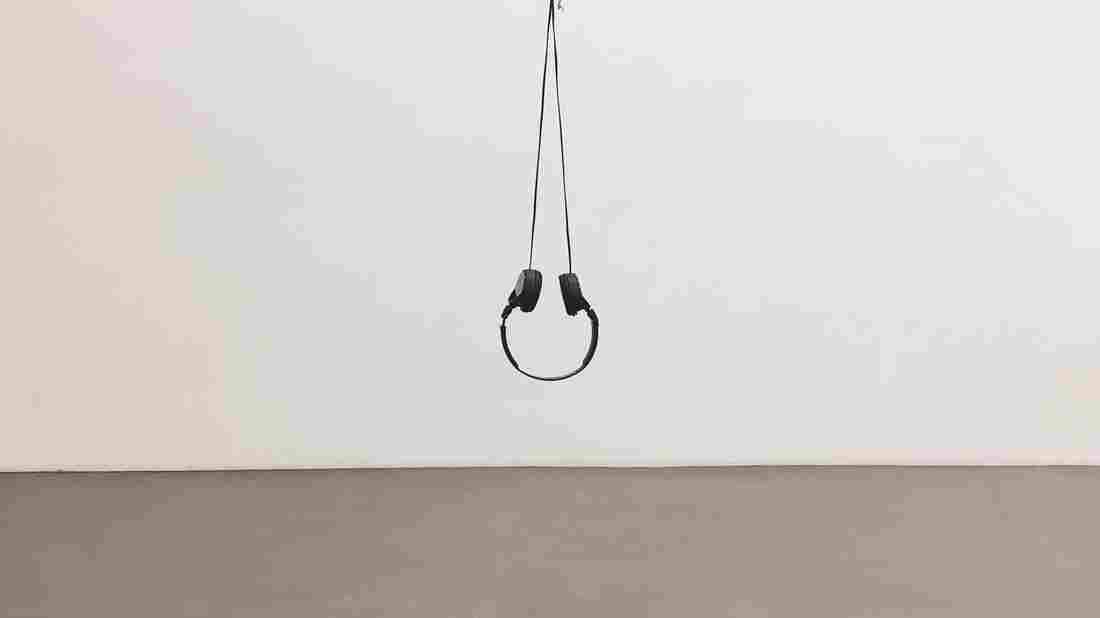 over the past decade. Kirsty Lee / EyeEm/Getty Images/EyeEm hide caption 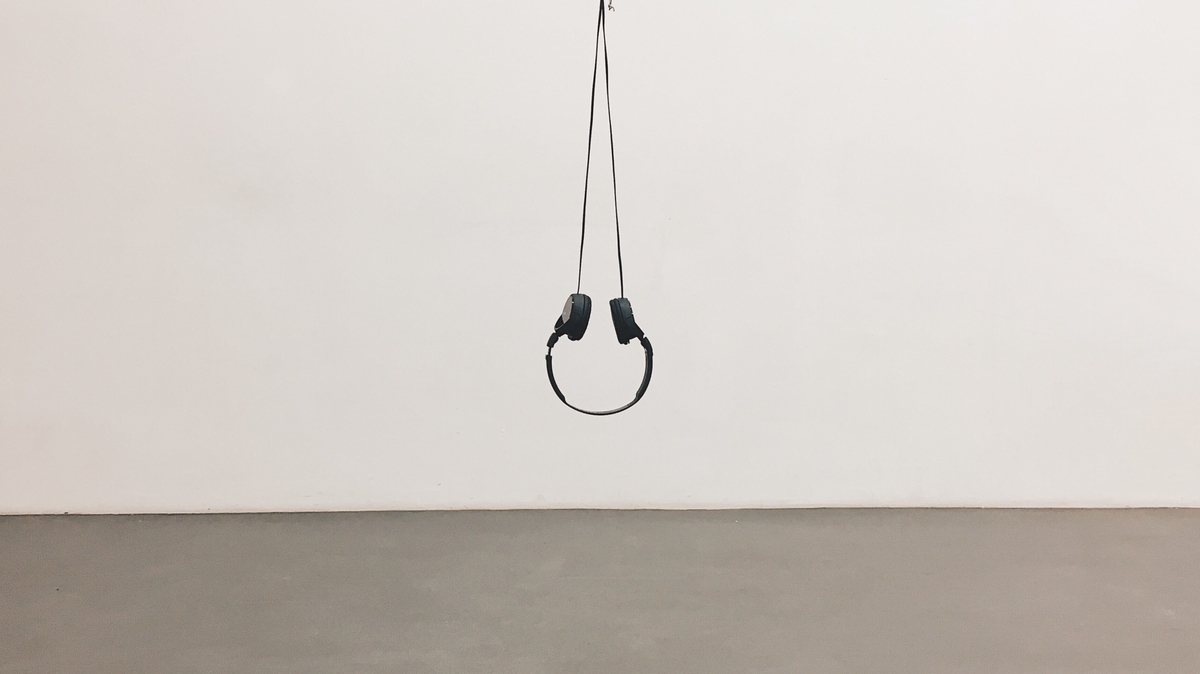 Two competing data firms, BuzzAngle and Nielsen Music, released reports in early Jan. 2020 detailing the many changes in listening over the past decade.

As we ease into the 2020s, data about the music industry's growth is more abundant than ever.

Within the last week, BuzzAngle and Nielsen Music — the two central, competing, public-facing music-data firms in the U.S. — released their annualreports on music listening trends. BuzzAngle powers Rolling Stone's charts and is owned by Penske Media, the parent company of Rolling Stone, Variety and Deadline; Nielsen Music was acquired by Valence Media, the parent company of Billboard and The Hollywood Reporter, in December 2019.

The two reports differ on some details, but are directionally similar. Both put the total number of music streams in the U.S. last year over one trillion for the first time, representing a 15% growth in streams year-over-year. Both note that on-demand streaming accounted for over 80% of total consumption in the U.S., and that audio streaming in particular continued to register solid annual growth (from Nielsen's 24% to BuzzAngle's 32%).

Nielsen's report in particular sheds light on the artists who dominated the past decade. Drake, Eminem and Taylor Swift were the only three artists to rank in the top 10 for the most album sales and streams last decade — country stars like Kenny Chesney, Tim McGraw and Toby Keith lead the radio airplay charts over the same time period. Interestingly, while Adele had the two best-selling albums of the decade — 21 and 25, respectively, both released in 2015 or earlier — she's nowhere to be found on any decade-end streaming charts.

A Borrowed World: Streaming As The New Reality

In general, music listening is accelerating: According to BuzzAngle, last year's streams alone accounted for more than 30% of all streaming activity over the past six years. But beneath the "one trillion streams" headlines are some deeper truths about the current state of the music business — some of which reflect the industry's stubborn resistance to change, and others of which provide a sign of the global transformation to come.

Audio streams might rule the U.S., but video streams rule the world

Audio-streaming services like Spotify and Apple Music tend to suck up much of the air when talking about the modern music industry, at least in the U.S. But zoom out to a global level and it's actually video — not audio — that reigns supreme.

Nielsen Music and BuzzAngle both found that audio accounted for around 70% of total on-demand streams in the U.S. in 2019, with video comprising the remaining 30%. But Nielsen's worldwide streaming data flips that ratio on its head: Out of the 5.1 trillion on-demand music streams generated globally in 2019, including U.S. plays, 66% came from video, while the remaining 33% came from audio.

This is because YouTube is the preferred consumption platform and marketing machine for several international music genres, from K-pop in Korea to Bollywood in India (YouTube alone accounts for 40% of Indian labels' revenues). Unlike Spotify Premium or Apple Music, YouTube is free and doesn't require a login, raising its appeal for music markets whose consumers might have lower per-capita incomes or haven't yet warmed up to the concept of a paid streaming subscription.

More songs than ever are in the 500-million-streams club, but power is still concentrated

Comparing the reports also outlines a dual narrative with respect to whether the music industry is really becoming a more-level playing field.

But that doesn't mean the distribution of power has gotten any more equitable. BuzzAngle found that the 1,000 most-streamed songs in 2019 accounted for 18% of all streams, while the top 500 album titles were responsible for 30% of all album sales — same as the year before.

Major labels also dominate nearly all of the top artist, album and song charts in both reports. With the exception of YNW Melly's "Murder On My Mind," the top 25 songs, albums and artists of 2019 in BuzzAngle's report were all owned and/or distributed by a major label. Nielsen Music found that Universal Music Group, the largest record label by annual revenue, saw little change to its dominant market share, controlling 38.7% of the market in 2019 versus 38.1% in 2018 .

This isn't necessarily to say that the music business is stale, or hostile to disruption. Consider "Old Town Road." Within just one year, the song that Lil Nas X made with a $30 beat and then strategically seeded onto platforms like Triller and TikTok ended up becoming the most-streamed song of the past 10 years, beating ubiquitous hits like "Despacito," "Rockstar" and "Uptown Funk." But even "Old Town Road" arguably could not have gotten to its historic peak without major-label backing — in this case, a distribution deal with Columbia Records, which helped Lil Nas X land remixes with Billy Ray Cyrus, Young Thug, Mason Ramsey and RM from BTS. Not only did these high-profile celebrities help promote the single, the remixes' streams also counted toward the original song's tallies, helping the track make history as the longest-running No. 1 hit on the Billboard Hot 100.

Vinyl might be having a "revival," but CDs still account for the vast majority of physical albums

Album and song sales continue to wane across the board, seeing a 20% to 25% decline year-over-year in 2019, per BuzzAngle and Nielsen, respectively. Yet vinyl album sales continue to grow, by 11% to 15% annually (BuzzAngle and Nielsen, respectively). According to the Recording Industry Association of America (RIAA), revenues from vinyl records are poised to surpass those from CDs within the next few years.

But there's one important caveat: In terms of units, vinyl is not the top physical music format — far from it, in fact. In 2019, CDs still accounted for 74% to 80% of physical album units sold, according to BuzzAngle and Nielsen, respectively. (Absolute numbers differ between the two reports; BuzzAngle pegs the number of CDs sold last year at 44.9 million, while Nielsen Music reports 54.8 million.)

In contrast, vinyl constituted only around 17% to 19% of physical units sold last year — 10.7 million per BuzzAngle and 18.8 million per Nielsen. While vinyl might be providing the music industry with a growing source of revenue, it doesn't come close to achieving the reach of the CD market. The vinyl market also skews the oldest out of all music formats; six out of the top-10-selling vinyl albums of 2019 were released before 2000, and 67% of vinyl sales overall last year came from catalog (i.e., music older than 18 months), according to Nielsen.

Since streaming now accounts for the vast majority of music listening in the U.S. (again, about 80%), it's natural to assume that those plays are an appropriate proxy for consumer behavior across other formats. But a closer examination of the Nielsen Music and BuzzAngle reports reveals that that could not be further from the truth.

Sales-oriented music charts, like the Billboard 200, calculate artists' rankings using formulas that convert stream counts into approximate "album equivalents." For example, as of summer 2018, the Billboard charts register one "album unit" for every 1,250 paid audio streams, 3,750 ad-supported streams or 3,750 video streams. BuzzAngle, meanwhile, has a simpler, unweighted formula, adding one "album project unit" for every 1,500 on-demand streams, regardless of the streams' source or financial value.

Under these formulas, if only one song on a ten-track album was streamed a million times, with the remaining tracks receiving zero activity, that would count just as much towards an album ranking as every track receiving 100,000 streams each.

As of this month — this week, in fact — the Billboard 200 chart is also now incorporating YouTube data into its formula, which puts even further weight on an album's biggest single(s) rather than on all the project's tracks as a whole. In short, album equivalent units often don't reflect actual album consumption, let alone physical album purchases — a nuance that's difficult to communicate in the context of a surface-level chart.

Let's compare the top artists on streaming versus terrestrial radio in both reports.

In contrast, Nielsen's radio airplay charts are almost completely devoid of hip-hop. Towards the end of Nielsen's report, there are four lists of the top artists and songs by airplay spins and audience reach for the decade ending 2019, encompassing 40 total slots. Only five of those slots went to hip-hop/R&B artists, with country and rock dominating nearly all others.

Once disparate, the demographics of streaming, album sales and terrestrial radio listeners are now starting to blur

Listeners of all ages, including parents and seniors, are adopting smart speakers and other voice-enabled devices at a rapid pace, helping revivify back catalog in the streaming era. And it's not just the old guard who can benefit from selling vinyl: Colorful physical products like vinyl records can potentially help an artist stand out in the crowded streaming landscape — and, when bundled with a digital download, can even help them climb the charts (as long as they stick to the rules). In general, the physical market is also increasingly online, with nearly half of all physical album sales in 2019 happening via online e-commerce stores, according to BuzzAngle.

Tiny Tech Tips: Which Of The New, 'Hi-Fi' Smart Speakers Sounds The Best?

Perhaps the most surprising case study: While Billie Eilish may be a streaming darling, she also has a much more solid track record in vinyl sales than most of her modern-pop peers. In 2019, 19% (BuzzAngle) to 26% (Nielsen Music) of physical units sold for Eilish's When We All Fall Asleep Where Do We Go were vinyl LPs. In contrast, only 6% of physical sales for Taylor Swift and 9% of those for Harry Styles came from vinyl.

The upper echelon of music is still a boy's club

A disappointing takeaway from both BuzzAngle's and Nielsen's reports is the lack of women among the top-selling artists and songs of both 2019 and the past decade — suggesting that progress towards gender equality in recorded music over the past five to ten years has been incremental at best.

Gender inequities vary somewhat by musical genre. The upper echelons of the pop charts tend to be more inclusive — with the likes of Ariana Grande, Billie Eilish and Taylor Swift reigning in 2019 — but the top of the hip-hop, country and rock charts remain male-dominated. BuzzAngle's report reveals that all of the top-consumed hip-hop songs and albums of 2019 were performed by men. With the exception of Lizzo, Nielsen's hip-hop/R&B year-end charts were also completely male, and not a single woman made it onto Nielsen's top country and rock charts for the year.

While disruptive in a commercial sense, the advent of streaming has not necessarily made this gender split any better. According to BuzzAngle, with the exception of Cardi B's "Bodak Yellow" and Camila Cabello's "Havana," all of the 25 top-streamed songs over the past five years were by male artists.

These findings parallel more longitudinal studies carried out by institutions such as the USC Annenberg Inclusion Initiative, which found that female artists accounted only for 16% of the top 500 charted country songs from 2014 to 2018. Artists like Jennifer Nettles Glamour have been speaking out against these inequities for years, yet they still play out across streaming, physical and radio formats, as well as in the live sector (e.g. the absence of women headliners from this year's Coachella lineup).

It may be a new decade, but the music business is still rife with ingrained biases and gatekeeping practices that prevent women and other minority groups from accessing key exposure, revenue and career opportunities — let alone appearing on year-end industry reports.