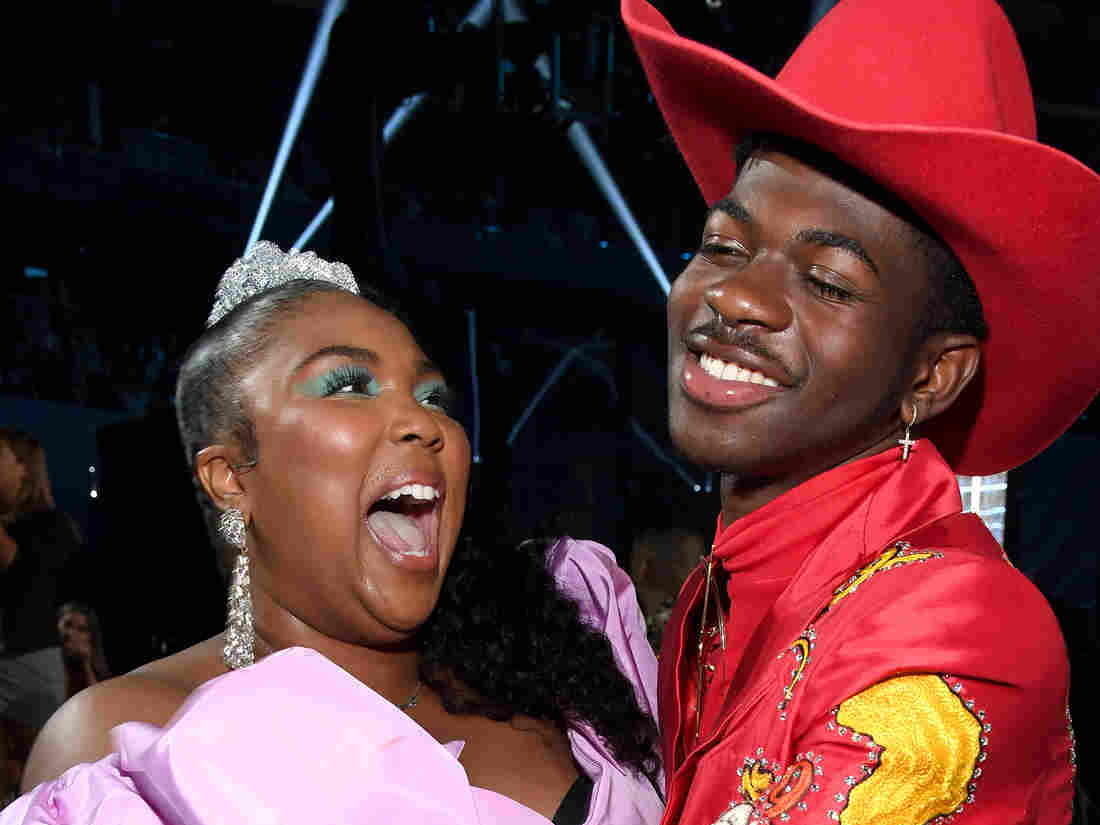 Lizzo and Lil Nas X, both nominees for best new artist at the 2020 Grammys, during the 2019 MTV Video 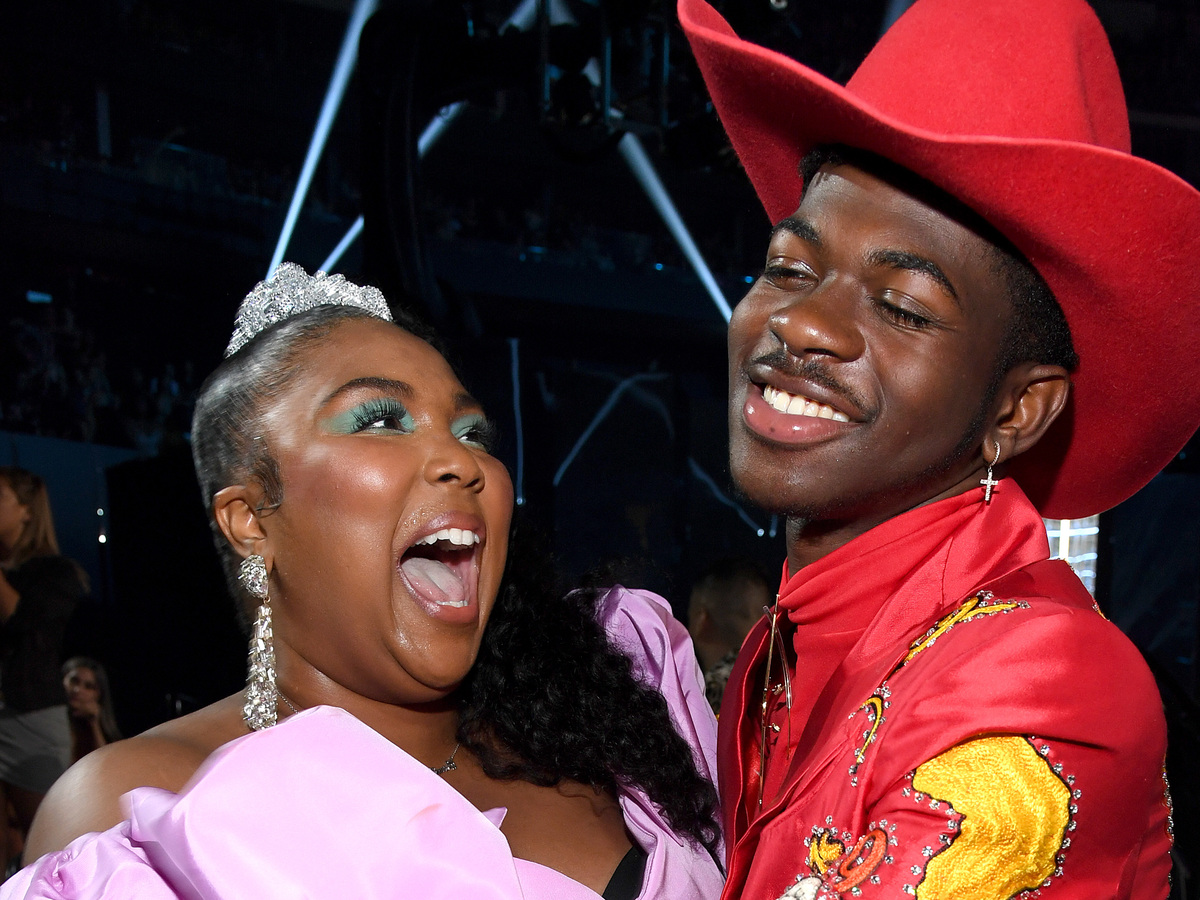 The Grammy Awards' category for new artists has always been the Hufflepuff house of the event, a mishmash of eccentrics, high achievers and hard-working young music industry favorites. (Notorious category winners Milli Vanilli did work hard, just not at singing.) Rarely has the field clearly pointed toward an exciting new musical era. But this year, that's exactly what it suggests.

Three breakthrough pop stars, each of whom embodies creativity and influence in the streaming age – and who, together, garnered this year's most Grammy nominations across the board – compete with three women exploding the boundaries of genres that might have previously held them back, alongside two groups with major grassroots followings and a powerful way of defying categorization. These musicians are fluent in the style-defying language of 21st-century sounds; their members look like America, and beyond its borders, the changing pop world; and they all released genuinely great music in 2019. Whoever wins in this category will deserve it – and will likely play a role in shaping popular music for a long time.

The Many Threads And Generations Of Chicano Soul, All In One Place

This Austin-based duo-plus represents what bands are becoming in the new century: versatile, open-ended partnerships forged by adepts experimenting with form. Singer Eric Burton learned his chops both auditioning for American Idol and busking on L.A.'s Santa Monica Pier; producer-multi-instrumentalist Adrian Quesada is a Latinx music veteran (he's won a Grammy as a member of the funk orchestra Grupo Fantasma). Together, they're reinventing Southwestern soul with a blend that honors the region's funky historical fusions while incorporating a hip-hop vibe. The sum of their experience makes them a great live act, the key to success as a band in 2019.

FINNEAS, Billie Eilish's Brother, Steps Out From Behind The Scenes With 1st Solo Album

Billie Eilish: 'All I Can Say Is, Be Patient'

At 17 years old, Eilish is the youngest-ever multiple Grammy nominee across the top four categories: best new artist, record, album and song of the year. She could pull this off because, like the SoundCloud rappers who've inspired her, she writes her own material with her brother, Finneas — mostly eschewing teen pop's starmaking machinery. (She was quietly signed to a major-label development deal at age fourteen, but she and Finneas recorded the bulk of the songs that have made her a star at home.) Homeschooled by Hollywood-savvy parents, enraptured by SoundCloud rappers like Tyler, The Creator but equally indebted to Avril Lavigne, vocally ultrafeminine but otherwise androgynous — Eilish embodies the erasure of binary thinking about music, emotion and the self: she is the living essence of Generation Z.

'Road' To Record-Breaking: How Lil Nas X Is Making History

If new technologies generate the stars they deserve, the social media platform TikTok must be particularly blessed, because its breakthrough star is absolutely fabulous. Montero Lamar Hill, now 20, was just another kid trying to get Internet famous when he discovered a beat made by a Dutch kid and bought it for $30. Around it, he built "Old Town Road," the single biggest challenge to old music biz ways issued in recent memory. Country music will never be the same, but neither will pop or hip-hop. His irresistible hit is the "What'd I Say" of our time, refusing to be contained – as does Lil Nas X himself, as much a comedian, conceptualist and burgeoning fashion icon as he is a musician. Like TikTok itself — a tool for capturing teens' mobile imaginations — Lil Nas X takes us all into brand-new territory.

Lizzo On Feminism, Self-Love And Bringing 'Hallelujah Moments' To Stage

With two albums already under her sparkly belt, Lizzo is the kind of slow-burning phenomenon whose presence may seem odd in the best new artist category, but she belongs here — until 2019, the world was not entirely ready for her. The Houston-born, Minneapolis-nurtured rapper, singer and all-around generator of good vibes challenges all kinds of preconceived notions about women's pleasure, power and beauty, proudly queering the pitch of pop without being strident or politically correct. And she's a band nerd who's single-handedly revived the flute as a cool high school accessory. A comic artist with a serious mission, Lizzo defines America's pleasure principle right now – her bold excessiveness is to 2019 is what cock-rock was to the 1970s, minus all the macho power plays. Prince loved her, and through her success, his spirit lives on.

To comprehend the bond this 25-year-old singer-songwriter-rocker-dance queen has with her fans, just check out her Wikipedia page, which reads, "Maggie Rogers is known for being a Witchy Feminist Rockstar and a legend." That kind of enthusiasm can't be manufactured, and anyone who's seen Rogers bound across a stage as thousands of young women shout her lyrics won't doubt its veracity. As a teen, Rogers pursued a conventional singer-songwriter role, but time spent in Berlin led her to dance music; she explored that intersection as a student at NYU's Clive Davis Institute of Recorded Music, where her teacher, NPR Music contributor Jason King, introduced her to Pharrell one day. The rest is a classic discovery story – except that like Billie Eilish, Rogers resisted being molded by the major label who signed her. An infectiously enthusiastic songwriter and performer, she expresses a spirit of resistance that runs through the best pop music now — the refusal to be too polished or predictable.

As EDM's influence fades and hip-hop settles into position as pop's foundation, the universe of Latin rhythm and melody is revitalizing the Top 40. Rosalia is the Catalan auteur leading the way. Like many young artists, she's not abandoning her roots, but reimagining them. Her music is rooted in the folkloric, theatrical lineage of flamenco, which she studied seriously for a decade before fashioning her hybrid urban Latin sound. Her 2018 album, El Mal Querer – inspired by a 14th-century novel of "dark love" – won the hearts of critics and influencers, and she went on to collaborate with Latin pop superstar J Balvin on the song"Con Altura," which became a worldwide smash. Rosalia's fluidity in combining experimental and mainstream elements distinguishes her, as does the fact that she sings in Spanish – she's the first artist who performs solely in that language to be nominated as best new artist.

Tank and the Bangas

The Evolution Of Tank And The Bangas' Unique Voice

As much as 21st-century pop often floats forth from an unmoored Internet, it's also generated within local communities whose reach grows through unprecedented platforms. NPR Music's own Tiny Desk is one such platform, as New Orleans collective Tank and the Bangas discovered in the wake of winning our Tiny Desk Contest in 2017. By then, the group, led by slam poet and joy generator Tarriona "Tank" Ball on lead vocals, had come to embody what one writer called "New Orleans now": jazz-kissed but not old-timey, letting the good times roll in ways that acknowledge the complexities of life in an old city always seeking to transcend new problems. This is the kind of band that creates community wherever it goes – the best illustration of the new spin on jam bands that's turned a sometimes-derided genre into the freshest ground out there.

Yola Combines Softness And Grit In Her Virtuosic View Of Americana

Yola Walked Through Fire And Came Out Singing

No new artist stands for the power of reinvention more than the woman born Yolanda Quartey in Bristol in 1984. Before becoming Americana's beloved new sensation following a move to Nashville in 2018, Yola had another life as a pop songwriter in her native England, and a singer with dance-driven acts like Massive Attack. Her first love, however, was country music, a genre she patiently and fiercely made her own, first with the band Phantom Limb and then in solo music that frames her as an inheritor to both Dusty Springfield and Dolly Parton. Working with vintage-sound master Dan Auerbach of The Black Keys, Yola has effortlessly updated classic country soul on her debut album Walk Through Fire; even more powerful are her live performances, which inevitably win legions of new fans. With country at a crossroads, Yola is a major force in illustrating what the genre can be at its most authentically American.