The Galaxy-Expanding, Peace-Loving Trumpet Of Eddie Gale: Hear The Essentials 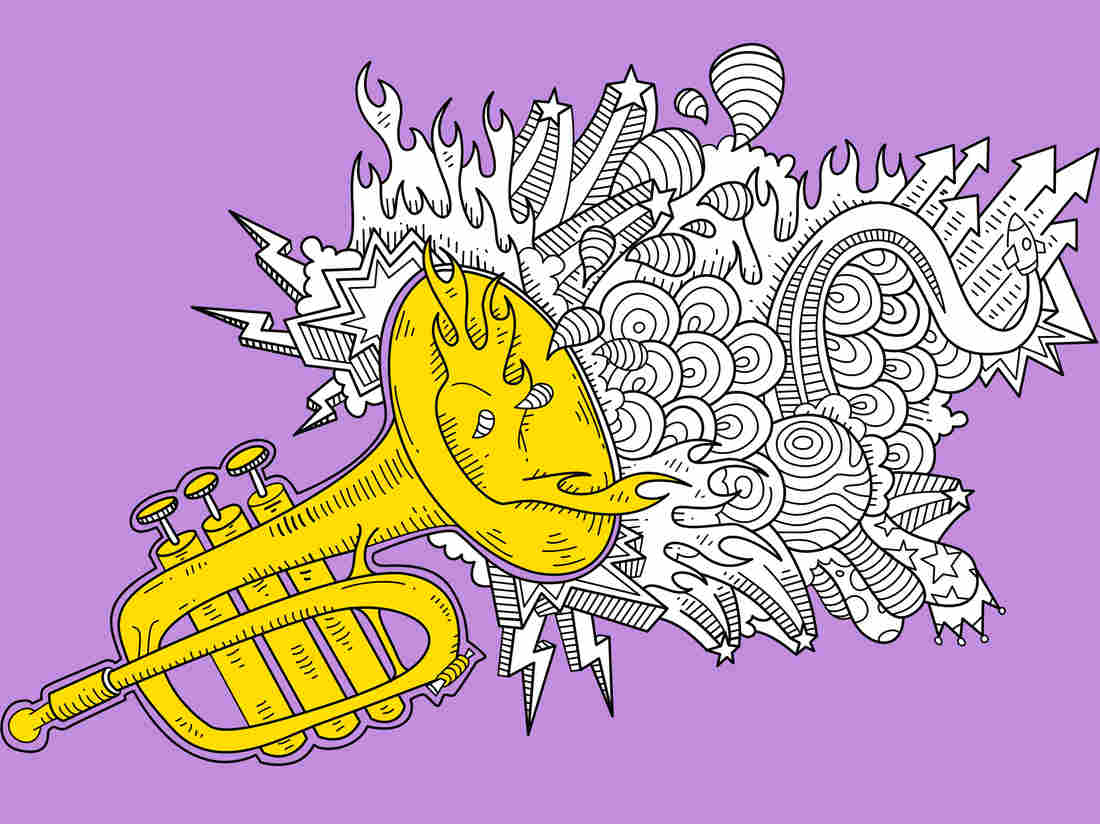 The trumpeter Eddie Gale, who worked with the likes of Sun Ra and Cecil Taylor, passed away on July 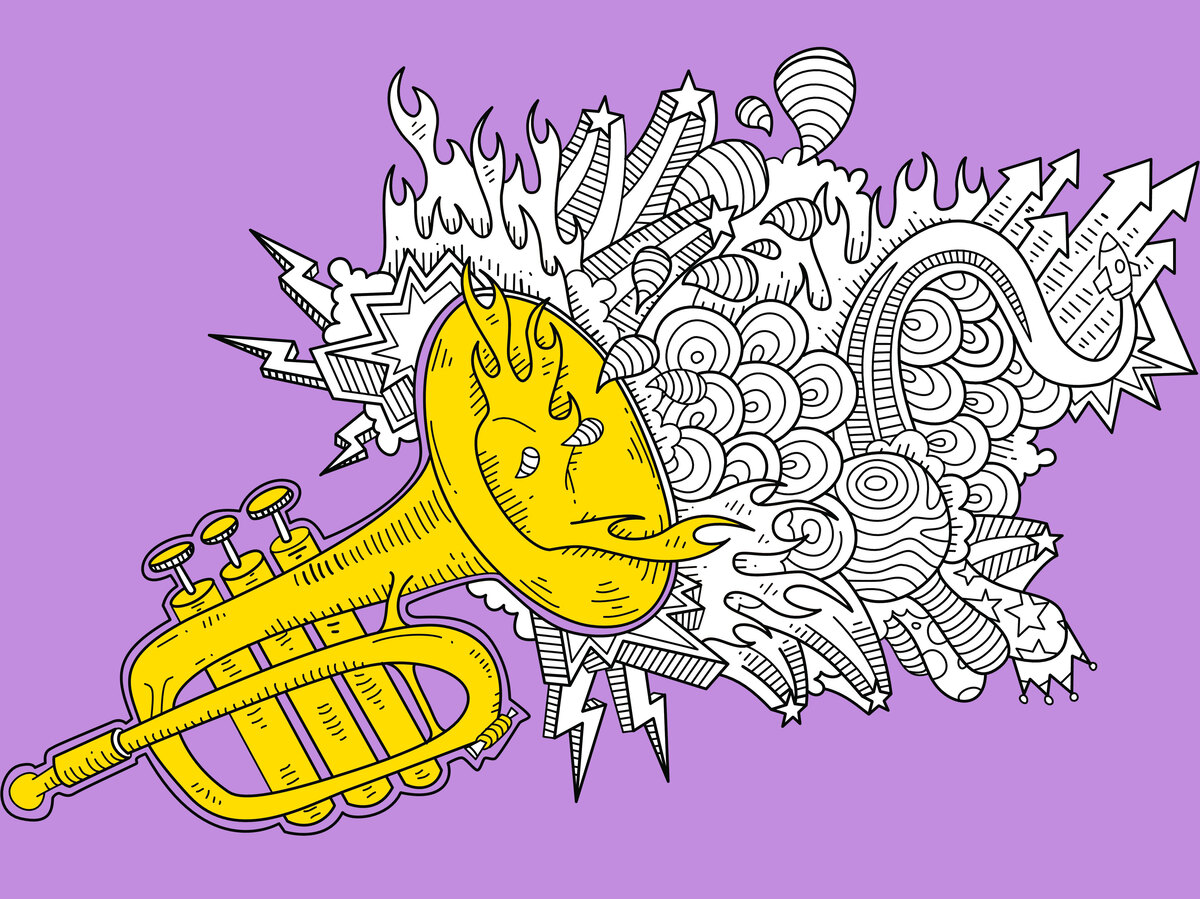 The trumpeter Eddie Gale, who worked with the likes of Sun Ra and Cecil Taylor, passed away on July 10 at the age of 78.

During jazz's first half-century, there were several great musicians who were all-but criminally under-recorded, relative to their talent. They include the clarinetist Jimmy Noone, trumpeter Freddie Webster and, most famously, pianist Herbie Nichols. With recording facilities increasingly accessible after the end of World War II, there are fewer such lost masters today — but the recent death of Eddie Gale is a reminder that they are not extinct. Gale was a stellar trumpeter who played in several crucially important bands and on a handful of exceptional recordings. Yet his output is a mere fraction of what could have been. 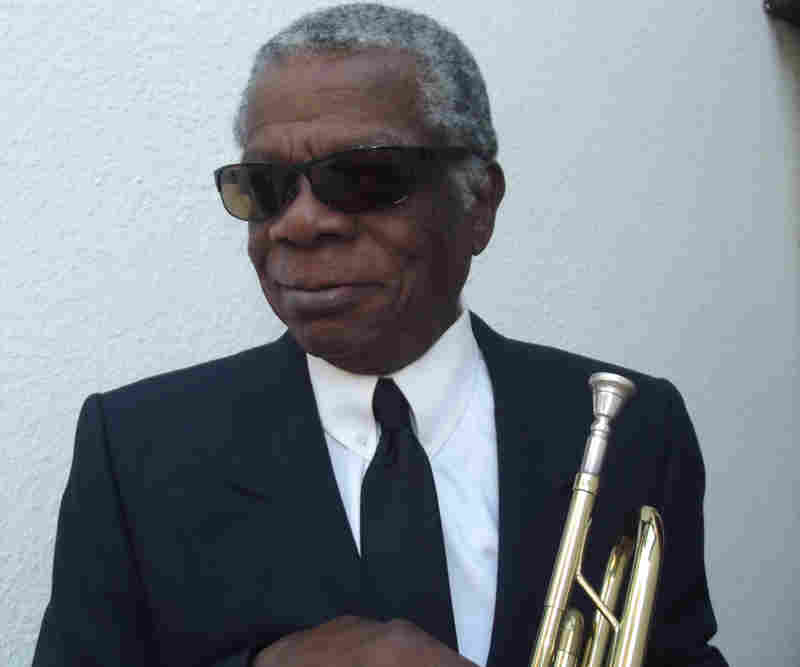 toggle caption
Courtesy of the artist

Gale was born in Brooklyn in 1941, and was nurtured by the thriving scene there. When his responsibilities playing the bugle in the Boy Scouts morphed into a serious artistic passion, he took trumpet lessons from jazz great Kenny Dorham, who lived in the vicinity. New York was the epicenter for the innovations that became known as free jazz, and Gale was an eager participant. He sat in with the John Coltrane Quartet at the Half Note (the legendary saxophonist was something of a mentor to him); he toured with the Sun Ra Arkestra, and he appeared on two crucial recordings of the era, Cecil Taylor's Unit Structures (Blue Note, 1966) and Larry Young's Of Love and Peace (Blue Note, 1967). His fine play inspired the legendary label to record Gale twice as a leader, on Ghetto Music, which was released in 1968, and Black Rhythm Happening, from 1969. Both recordings were innovative documents of Afrocentric pride, merging jazz, soul and African styles in a high-energy presentation.

After a yearlong stint at Stanford University as an artist-in-residence, Gale relocated to San Jose, where he lived for the rest of his life. He was even named "The Official Ambassador of Jazz" by Mayor Norm Minetta. As the scene in New York fractured into separate camps, he found a welcoming environment on the diverse and wide-ranging Bay Area scene.

"He was an underground legend," said California-based musician and reissue producer Pat Thomas. Thomas helmed the reissue of Gale's two Blue Note recordings, and the trumpeter often played in Gale's band, Mushroom. Gale held an annual concert for inner peace, and rather than rest on his laurels, he was always eager to play. That spirit led him to collaborate with Boots Riley, director of the film Sorry to Bother You and leader of the hip-hop group The Coup. He tweeted that Gale sat in on most of their Bay Area shows.

In 2007, he told Andy Tennille of Jazz Times of his California work, "we had a good time and that is what I think music is all about, invoking the good spirits of peace and love in each other and in the audience."

Eddie Gale in full effect: choir, soaring horns, a fiery trumpet solo and several lines of percussion. It captures the pan-African approach to music in the late '60s and early '70s.

Similar ingredients to "The Rain," but different approach. Excellent arranging by Gale results in superb dynamic highlights that capture the band at its peak — and again he takes a stellar solo, as does saxophonist Russell Lyle.

Shorter tunes with more of a street-corner rhythmic edge, this music has a vibe that feels like a Woodstock-era Gotham-street soundtrack.

Gale takes this piece over early with an ambitious solo, which gives way to another furious solo from Russell Lyle. It leans closer to the loft-jazz sound that was popular in New York during the early- and mid-'70s.

Gale mixes it up on a stellar front line of Jimmy Lyons and Ken McIntyre (another lost master) in front of the piano master Taylor. It's some of Gale's most complex and abstract work.

In many ways, Larry Young's mid-'60s ensembles were a perfect fit for Gales' wide-ranging imagination. There are elements of funky organ soul and fiery free-jazz.

Sun Ra was a huge philosophical influence on Gale. He toured with the Arkestra often in the '60s and '70s and occasionally thereafter.

Billed as The Eddie Gale & Secret Band Cyberdelic Lobster, this track shows Gale moving deeper into space-funk influences. It's as if Maggot Brain Funkadelic met Get Up with It Miles Davis halfway.

In 2004, Gale came back to New York for a special concert with bassist William Parker and others on the scene. His tribute to John Coltrane is a heartfelt paean to the classic quartet.

Gale teamed up with California-based reissue producer Pat Thomas and his band Mushroom for some new-millennium jammy funk.