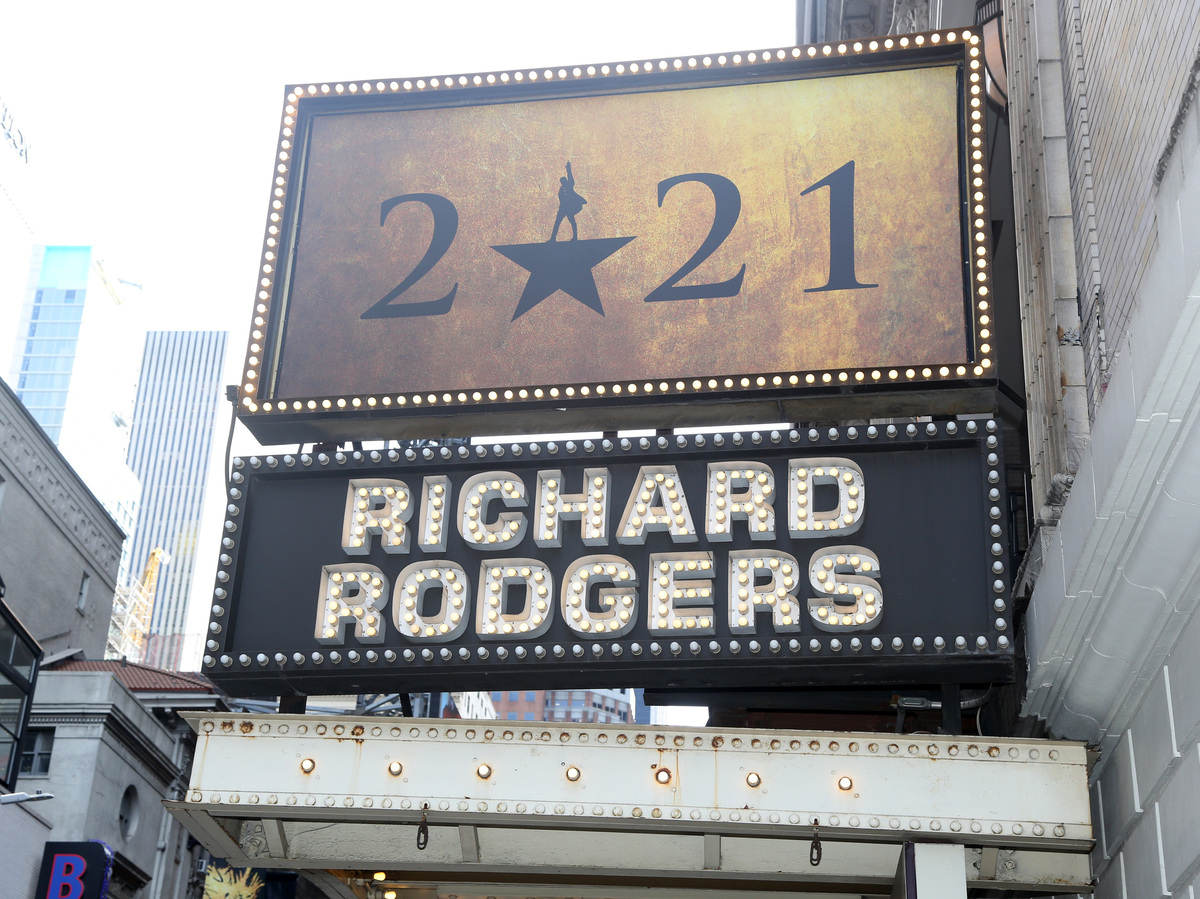 A sign of the "Hamilton" marquee at New York City's Richard Rogers Theater on Mar. 12, 2021, commemorating Broadway's "lost year" and a hope to return to live performances by fall 2021.

It's almost time to raise the curtains again in New York City, says mayor Bill de Blasio. In a press conference Thursday morning, de Blasio said that he expects Broadway and off-Broadway shows to reopen by September, and that he plans to facilitate that target date. "Broadway needs to come back, and we will move heaven and earth to bring Broadway back," he said. New York City's theaters have been shut down for more than a year, since Mar. 12, 2020.

De Blasio said that the city will help clear the way for reopening through a series of public health measures, including creating a dedicated COVID-19 vaccination cite for the theater industry that will be located in midtown's theater district; creating a mobile vaccination unit for off-Broadway theater workers; creating pop-up coronavirus testing sites near theaters; and developing crowd-management plans for the times before and after shows. (Many Broadway theaters are located on narrow crosstown streets that were easily overwhelmed even pre-pandemic.)

Noting that the target date for theaters' reopening is in six months and that it will take months of advance preparation to re-open safely and successfully, De Blasio said: "We've got to lay the groundwork for a strong comeback for Broadway and off-Broadway. Our theater community needs it. ... our city needs it, too. It's part of our identity."

Where Are They Now? We Check In With Broadway Workers, Now Off Broadway

The mayor made particular note of the economic impact of New York theater. According to the Broadway League, the organization representing Broadway theaters and producers, there were 14.8 million attendees at Broadway shows in the 2018-19 season; 65% of those show-goers came from outside the New York tri-state area, and 19% were foreign tourists. The industry also supports some 97,000 jobs in the city. New York's cultural offerings are also fundamental to the success of the city's hospitality industry, including restaurants, bars and hotels.

De Blasio, who frequently spars with New York state governor Andrew Cuomo, also used Thursday's press conference to say that the city cannot enact its plans to revive the theater industry without guidance and help from the state, including issuing clear mandates for theater workers regarding mask usage and how to use audience members' proof of vaccination or negative coronavirus tests to help keep theater performers and workers safe.