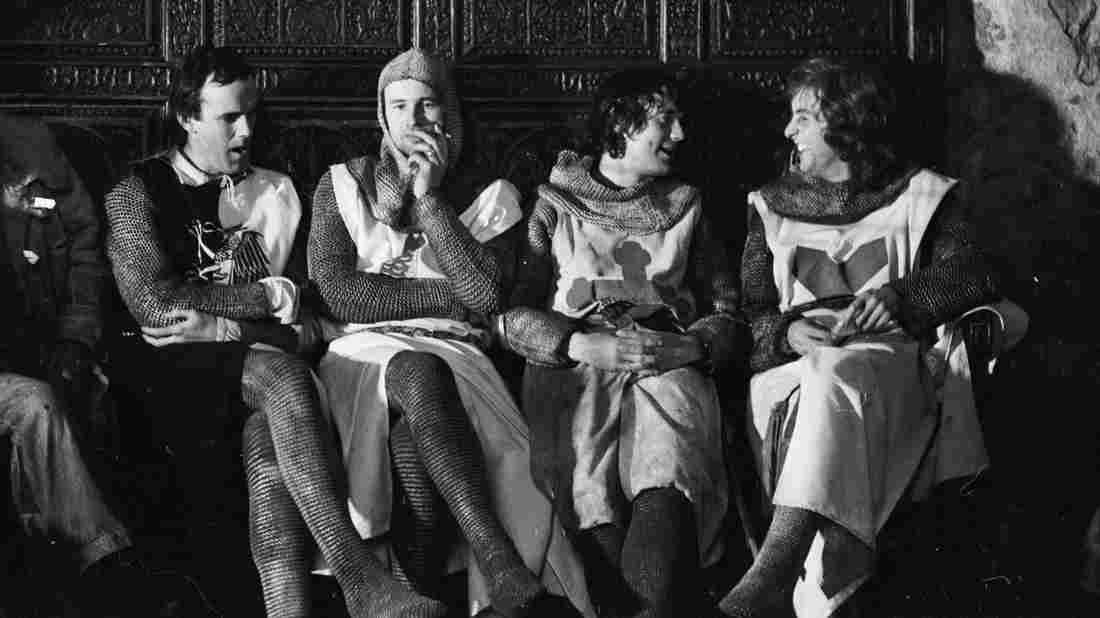 From left to right: John Cleese, Neil Innes, Michael Palin and Eric Idle dressed as Arthurian knights on the set

of Monty Python and the Holy Grail in 1974. John Downing/Getty Images hide caption 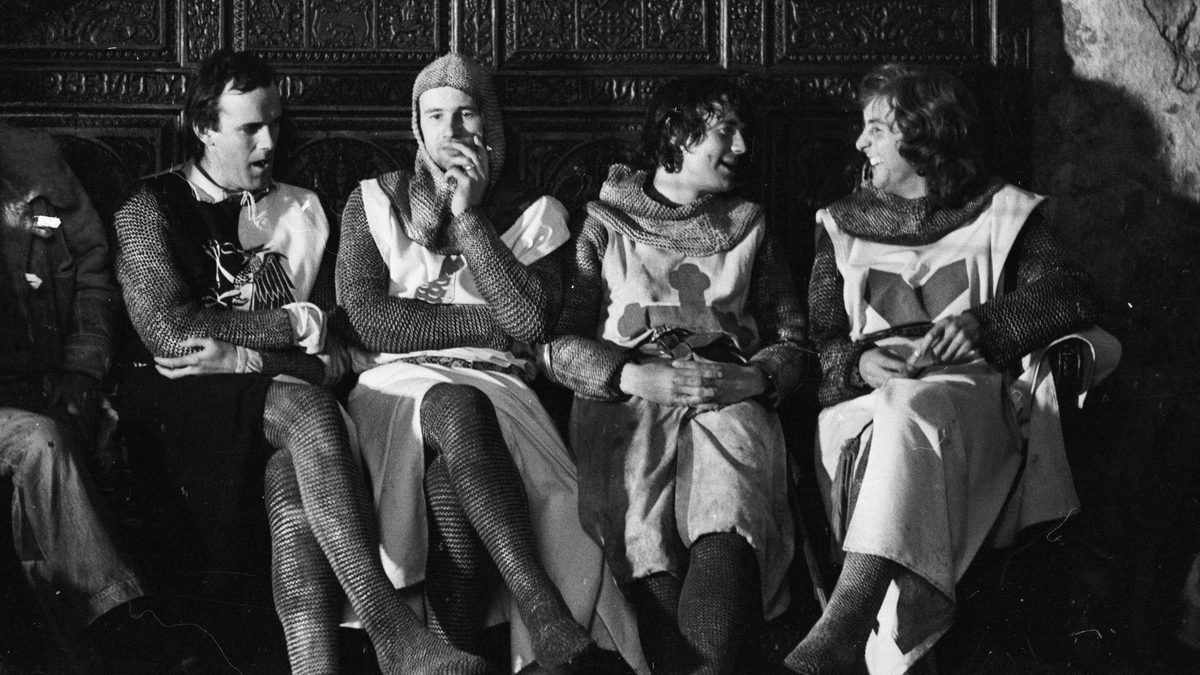 From left to right: John Cleese, Neil Innes, Michael Palin and Eric Idle dressed as Arthurian knights on the set of Monty Python and the Holy Grail in 1974.

Neil Innes, whose gift for wry and funny songwriting led to work with Monty Python, The Bonzo Dog Doo-Dah Band and The Rutles, died Sunday, December 29. His death was confirmed by his agent, Nigel Morton, who said in a statement that Innes died "quickly, without warning," of natural causes. He was 75.

In a statement, Innes' family wrote:

It is with deep sorrow and great sadness that we have to announce the death of Neil James Innes on 29th December 2019.

We have lost a beautiful kind, gentle soul whose music and songs touched the heart of everyone and whose intellect and search for truth inspired us all.

Innes wrote several original songs for Monty Python's sketch-comedy TV show, Monty Python's Flying Circus, as well as 1975's classic movie, Monty Python and the Holy Grail, in which he also appeared as an actor. Innes' years as a supporting player with Monty Python led to a long-running stint as co-leader of The Rutles, a fictional late-'70s Beatles pastiche that featured Monty Python's Eric Idle as the Paul McCartney stand-in, Dirk McQuickly, and Innes as the John Lennon stand-in, Ron Nasty.

The Rutles ultimately became a "real" band, appearing on Saturday Night Live and recording a mockumentary film called All You Need Is Cash in 1978. Assorted reunions, tours, retrospectives and compilations have followed in the decades since.

In a way, The Rutles' long history of affectionate Beatles mimicry amounted to Innes' musical life coming full circle: The Bonzo Dog Doo-Dah Band had, after all, appeared in the Beatles' 1967 film Magical Mystery Tour (wherein it performed its song "Death Cab for Cutie," which would later give a different well-known band its name). Working under a pseudonym, McCartney himself produced The Bonzo Dog Doo-Dah Band's biggest hit, 1968's "I'm the Urban Spaceman."

In recent years, Innes continued to tour and perform — in 2011, he even popped up at NPR's Tiny Desk, where he performed two Bonzo Dog Doo-Dah Band songs ("Democracy" and "I'm the Urban Spaceman"), as well as The Rutles' "I Must Be in Love."