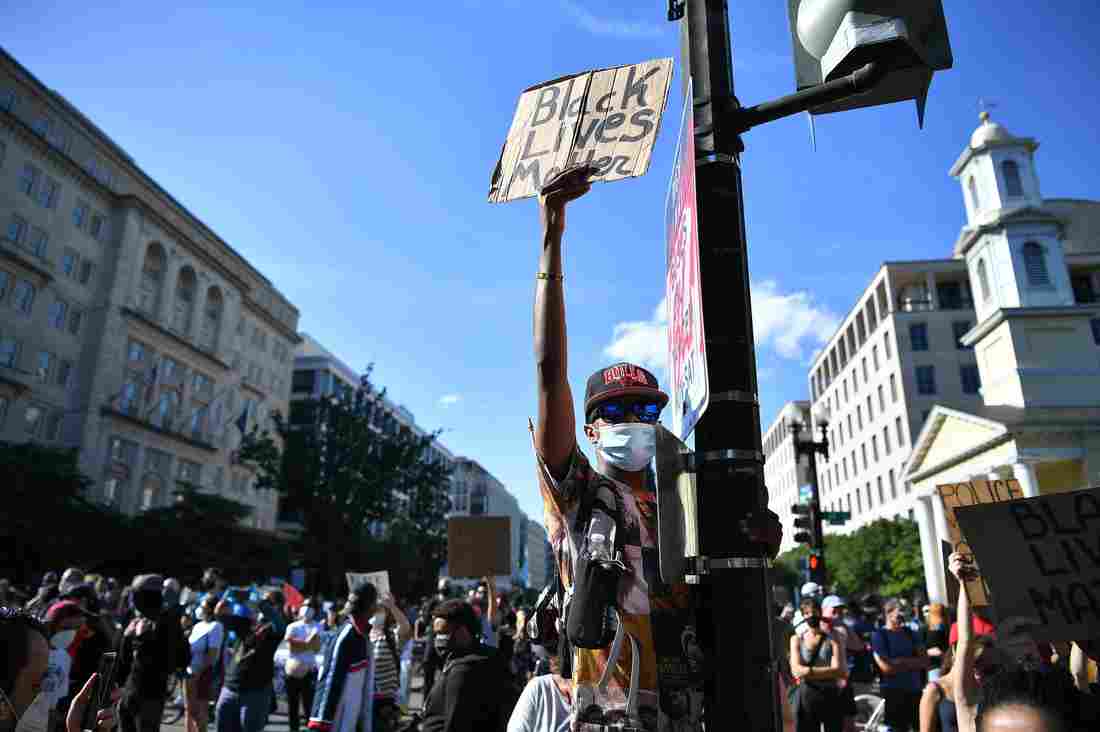 Demonstrators protesting the death of George Floyd hold up placards near the White House on June 1 in Washington, 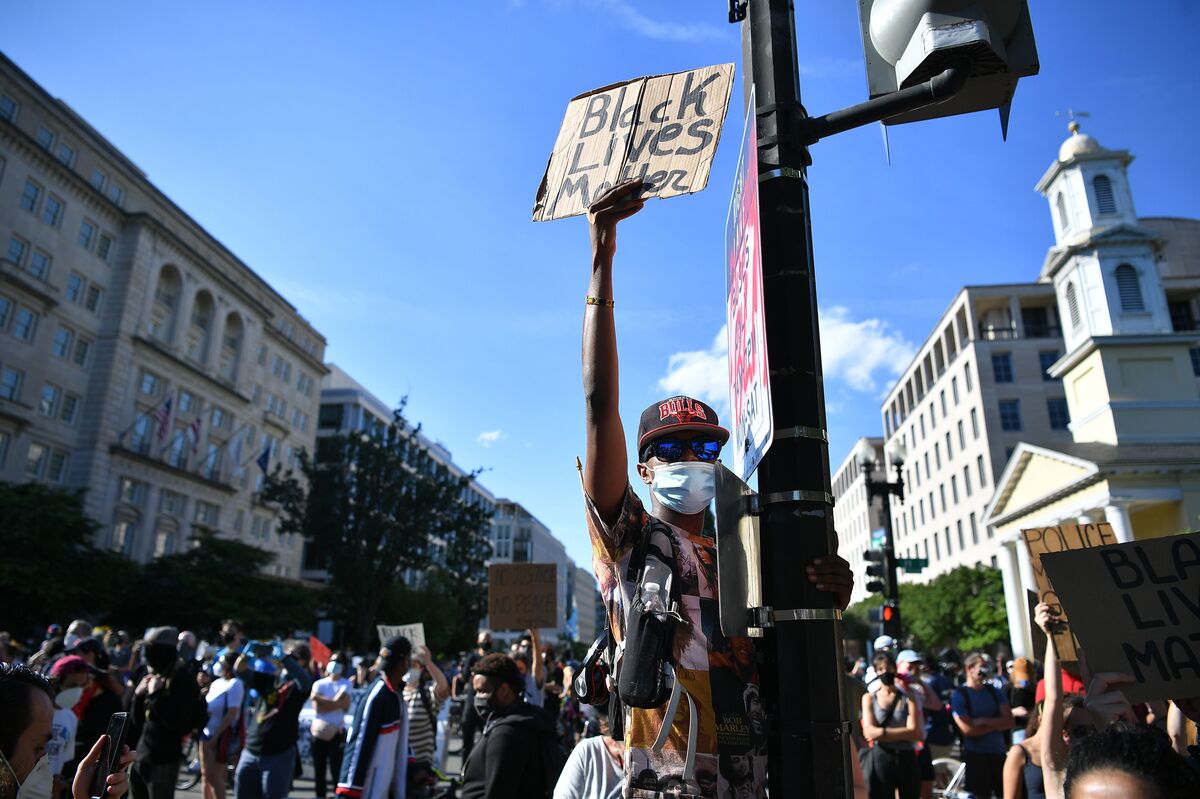 Demonstrators protesting the death of George Floyd hold up placards near the White House on June 1 in Washington, D.C.

As protests demanding racial justice have multiplied since the death of George Floyd in Minneapolis police custody last week, the spirit of reckoning has also spread across America, including within the music industry. One initiative seeks to redress the historic inequities of the music business by declaring today to be a one-day moratorium on business as usual — alternately knowns as #TheShowMustBePaused, Blackout Tuesday and Black Out Tuesday — as a means of identifying with protesters and considering how the music business can become more accountable to the black communities from which it profits.

As the initiative gained traction over the weekend, especially on social media, companies and organizations including major record labels like Columbia, Interscope and Republic Records announced their participation. Just as quickly, some wondered what participation would mean, and many questioned whether the effort, embraced so quickly by huge corporations, would end up being an empty gesture rather than a sincere effort to counteract a history of exploitation.

Brianna Agyemang and Jamila Thomas, both of whom are black female executives in the recording industry, launched the campaign as a challenge to an industry that "has profited predominantly from Black art." In a statement, they continued:

"Our mission is to hold the industry at large, including major corporations + their partners who benefit from the efforts, struggles and successes of Black people accountable. To that end, it is the obligation of these entities to protect and empower the Black communities that have made them disproportionately wealthy in ways that are measurable and transparent."

Those ways were not specifically defined, though the statement does say that a plan of action is forthcoming, and includes links to donate to memorial and legal funds for the families of George Floyd, Breonna Taylor and Ahmaud Arbery, as well as several community bail funds.

Some labels who have voiced support for the campaign, such as IGA, a group of record companies that includes Interscope, Geffen and A&M, announced that they would cancel all planned releases for the week. The Apollo Theatre rescheduled a planned fundraiser for the venue from Tuesday to Thursday. Warner Music Group pledged to use the day to "collectively reflect" on ways to "put action towards change," and promised, "we will be contributing to Black Lives Matter and other organizations that are doing crucial work to combat racial justice." Spotify announced it would be taking part in the campaign as well, matching donations made by employees to groups that campaign for social justice and blacking out the logos of popular playlists such as Today's Top Hits and RapCaviar.

In a memo sent to staff on Sunday, Universal Music Group's chairman and CEO, Lucian Grange, wrote: "Everything — raising our voices in Congress, providing additional employee education and assistance, enhancing our philanthropy, using the power of our astonishingly vast catalog to effect change — everything will be on the table. The systemic nature of the problems are just too critical to leave anything off." Grainge announced that the company's general counsel, Jeff Harleston, had been appointed to lead an internal task force charged with finding ways of improving equality at the company.

Others met the campaign with skepticism. "I don't want a pause, I want action," the rapper Ghostpoet wrote on Twitter. The Future of Music Coalition, an advocacy group that lobbies on behalf of artists, suggested that initial expressions of resistance to the action may have been the "result of encountering the idea via big companies' social media feeds instead of from the black women who initially called for it." Some companies are taking action independently: Bandcamp, an online music marketplace popular with independent artists and labels, announced on Monday that on this and every subsequent Juneteenth, which commemorates the end of slavery each year on June 19, it would donate its full cut of sales on the platform to the NAACP. Bandcamp also plans to partner "with organizations that fight for racial justice and create opportunities for people of color" in the future.

Jon Platt, the chairman and CEO of the world's largest publishing company, Sony/ATV, and the only black leader of a major global music company, wrote in an op-ed delivered to Music Business Worldwide on Monday that: "Timely action must follow the industry's lyrics. Otherwise, words are ultimately empty."