Looking Back On 'Bitches Brew': The Year Miles Davis Plugged Jazz In 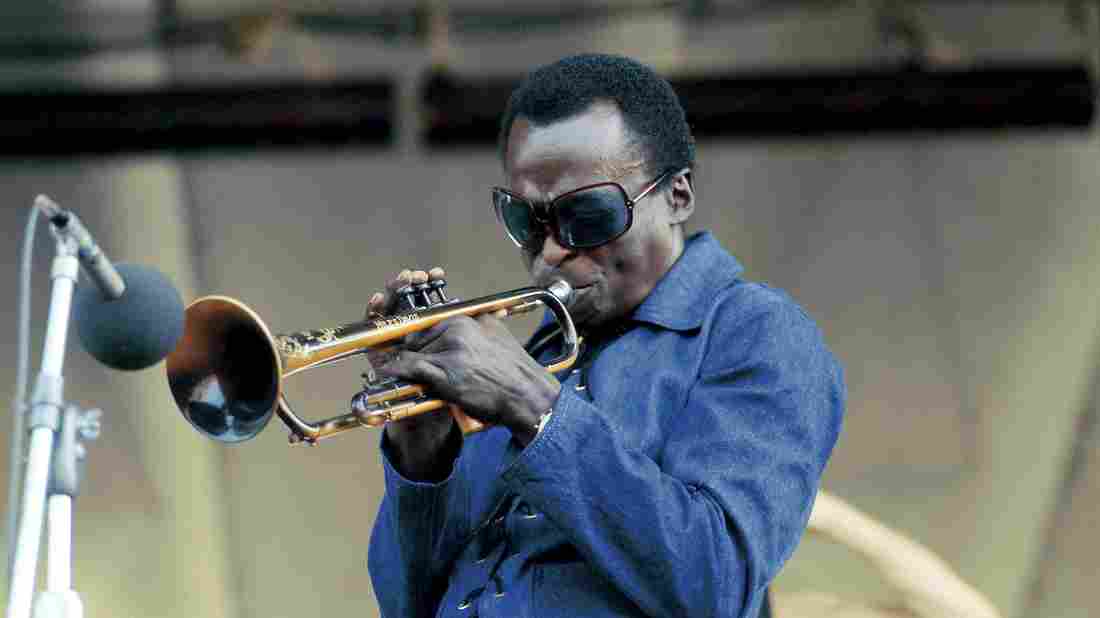 Fifty years ago this August, Miles Davis assembled a group of musicians to record the sprawling, groundbreaking album Bitches Brew. With the sounds of Jimi Hendrix, Sly & the Family Stone and James Brown in his head, Davis plugged in and brought these electric rock sensibilities to jazz. Jazz Night in America host Christian McBride says the album's enigmatic sound was a departure for Davis — one that has rippled throughout music ever since.

Electric Miles: Behind The 'Brew'

McBride points out that Bitches Brew also showcases Davis experimental nature with the studio itself. "If you hear Miles' trumpet, it's on a tape delay," he says. "You never heard that on a jazz album before."

As McBride describes, Davis gave his band very little instruction during the Bitches Brews studio sessions. Whereas jazz is based on some sort of structure or form — some chord changes, a melody — Davis went into the initial session with only a few snippets of music for his team to work with.

Though it was an adventurous departure for Davis, Bitches Brew was not automatically hailed as a jazz game changer when was released in March of 1970. In fact, McBride says, its controversial name and sound turned some jazz purists off.

"A lot of people felt that he was an artistic traitor," McBride says. "But I think that there were a number of college kids who were listening to progressive rock [and] soul music who absolutely loved this record."

After the album's release, it turned jazz musicians into rockstars. For years, musicians would always seem to follow where Davis was going. Sidemen of Davis fully embraced the musical shift and helmed their own successful fusion bands — from Chick Corea with Return to Forever and Wayne Shorter with Weather Report to Herbie Hancock with The Headhunters. Even in the five decades since its release, Bitches Brews remains the gold standard for jazz fusion. Artists like Thundercat and Robert Glasper carry on the legacy of Davis' experimentation.

"I'm not sure if jazz ever got unplugged," McBride says. "I think that once a seminal album like Bitches Brew, which really did inspire a whole new generation, that never died."