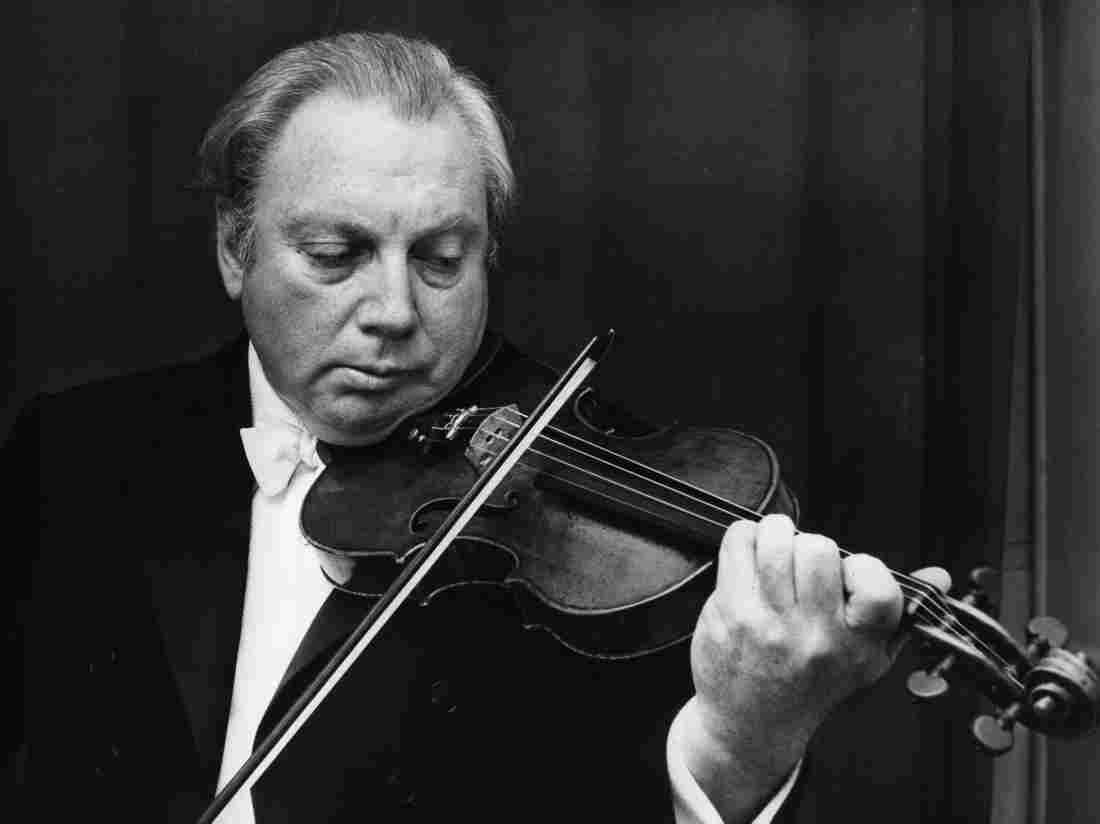 July 21 is the centennial of the birth of Isaac Stern. The violinist worked with his contemporaries, like Igor

Stravinsky and Leonard Bernstein, and went on to mentor the next generation of musicians. Keystone/Getty Images hide caption 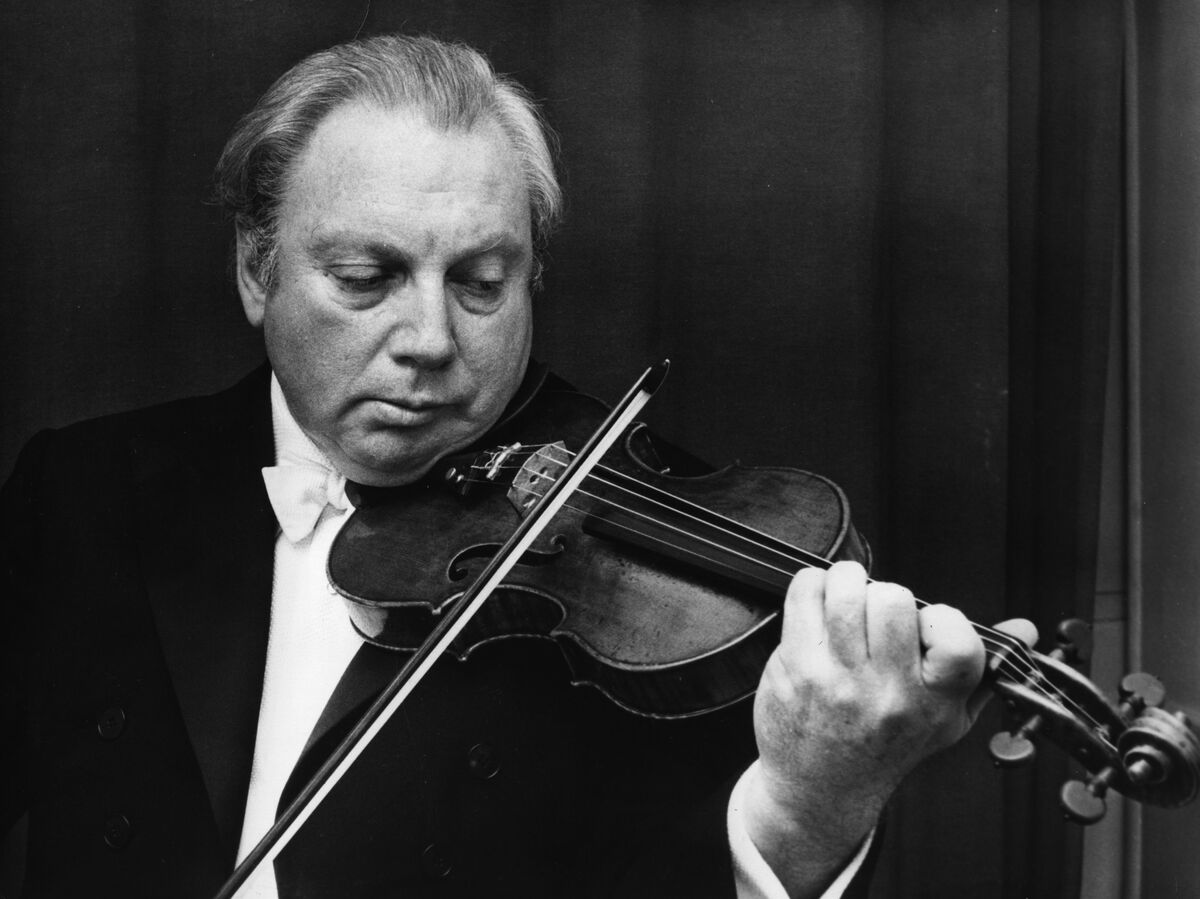 July 21 is the centennial of the birth of Isaac Stern. The violinist worked with his contemporaries, like Igor Stravinsky and Leonard Bernstein, and went on to mentor the next generation of musicians.

The tombstone on Isaac Stern's grave reads simply "Isaac Stern, Fiddler," but the violinist was much more than that: He was an educator who mentored generations of musicians, including Yo-Yo Ma and Itzhak Perlman, and he was an activist who helped save Carnegie Hall from the wrecker's ball.

Isaac Stern was born on the shifting border between Poland and Ukraine 100 years ago on July 21, 1920. As an infant, his parents brought him to the U.S., where they settled in San Francisco.

"He had no aspirations to play music at all until, as he tells it, some kid across the street was playing and he wanted to play," says his son, Michael Stern. His father was 8 years old at the time.

Recognizing his talent, Stern's mother pulled him out of school. He made his public debut with the San Francisco Symphony when he was 15 and two years later, he was performing in New York.

"I went out early the next morning. I bought the papers and read the reviews with my mother," Stern wrote in his autobiography, My First 79 Years. "We were bitterly disappointed. I was being patted on the head by some of New York's most eminent critics. My playing was erratic. That I oughta go back to San Francisco and practice some more."

"And that's what he did," says Carnegie Hall archivist Gino Francesconi.

Stern returned to acclaim a few years later and launched a remarkable career performing recitals and chamber music, playing with major symphony orchestras. He played the classics, but also worked with contemporary composers including Igor Stravinsky and Leonard Bernstein.

"Isaac, my Isaac, whatever happens tonight, fair or foul or flop, I want you to know how much I will always cherish your work on our Serenade," reads a note Bernstein wrote to Stern on a piece of hotel stationary before the premiere of his piece, Serenade (after Plato's Symposium). "Nobody can play like you and nobody can play the piece as you can."

Throughout his career, Stern practiced relentlessly – even while watching football games on TV. But his musicianship wasn't just about technique. In the process of learning how to be a great musician, he says, the real question that needs to be answered is not how to play well, but why one chooses to play at all.

"Why do you play? Why do you want to be a musician? What do you want to say?" he said in conversation with NPR's Diane Rehm in 1999. "Only a human being can speak with a certain individual voice. And that's what every musician has to learn."

Stern wanted to impart what he'd learned to the next generation.

When he wasn't able to join the army because of flat feet during World War II, Stern joined the United Service Organizations and played for the troops. And when Carnegie Hall was scheduled to be demolished in 1960, he was instrumental in saving it, says his son, Michael.

Isaac Stern went on to serve as president of Carnegie Hall for 40 years, and he was very much an American musician, says his other son, David — who, like his brother, became a conductor.

"The Americans who managed to come through and start on their own — in their own way, like my father — could invent everything," David Stern says. "They didn't have this burden of having to continue a tradition. And this was really the chance to say, I am an American artist. And that freedom you hear in his playing."

As someone who started with nothing and devoted his life to giving back to the country he called home, Isaac Stern said he never stopped learning.

"In eight decades, I feel that I am still a student. And that's what's wonderful. The wonderful thing is to search and sometimes find."