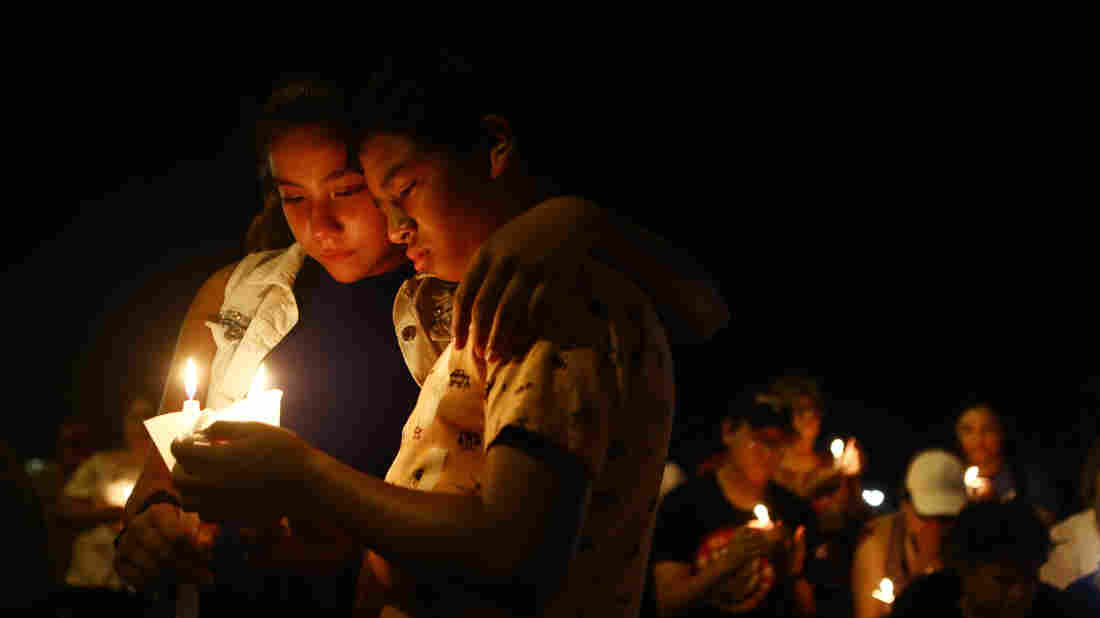 People attend a candlelight prayer vigil outside Immanuel Baptist Church, located near the scene of the mass shooting on August 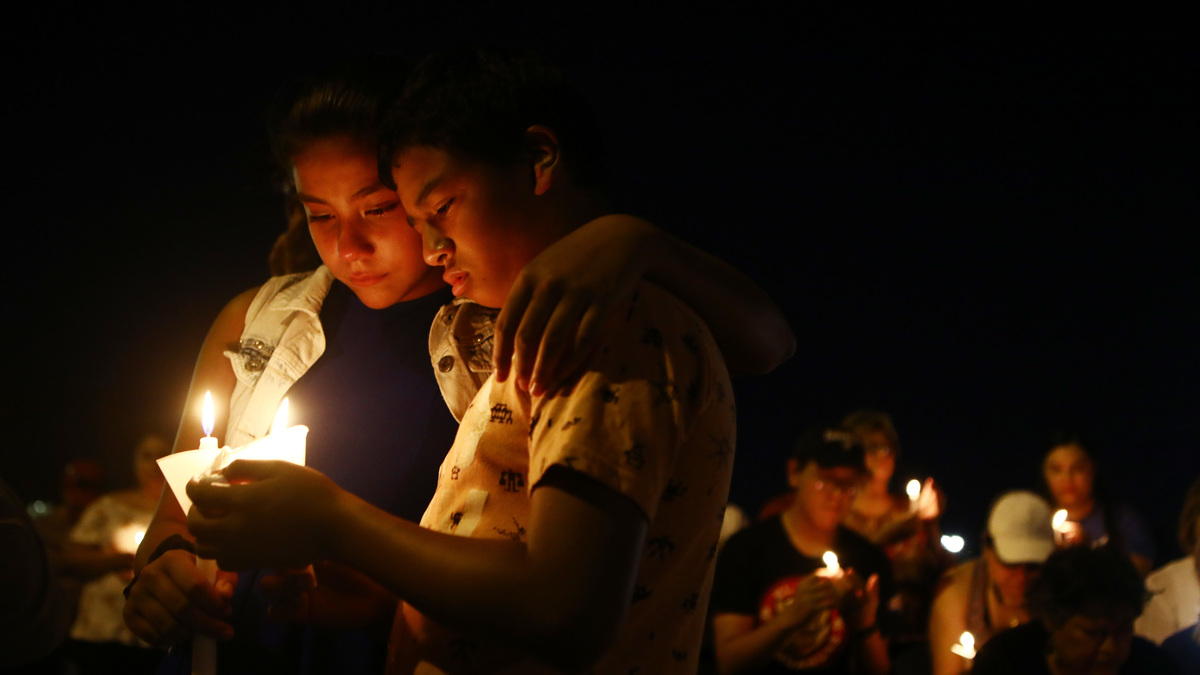 People attend a candlelight prayer vigil outside Immanuel Baptist Church, located near the scene of the mass shooting on August 5, 2019 in El Paso, Texas.

In 1984, renowned Mexican singer and songwriter Juan Gabriel wrote a ballad that would become the most-played song at memorials and funerals in his home country. It's called "Amor Eterno" or "Love Eternal." But in the wake of a mass shooting in El Paso, Tex. this past weekend that resulted in the death of 22 people, Gabriel's ballad has taken on new poignancy.

'Do Something!': Calls For Action After Mass Shootings In El Paso And Dayton

"I think that you know when a community takes it up it's because it just resonates with them," professor, artist and activist Martha Gonzalez says. "As soon as you hear that first line ... everybody knows what you're talking about. Everybody knows what this song is and people will start crying before they even hear the lyrics."

Gonzalez, who teaches Chicano Studios at Scripps College and performs in the band Quetzal, describes Gabriel as "the most prominent singer, songwriter, composer that the 20th century has ever seen" and explains that the heartbreaking lyrics of "Amor Eterno" were inspired by the loss of his mother.

"How I wish that you still lived that your precious eyes had never closed so that I could see them eternal love unforgettable." Gabriel sings.

The song really describes the way in which the person living sees himself or herself in the mirror and the kind of aging process that has happened as a result of the loss," Gonzalez explains. "He's really describing depression."

"Amor Eterno" has been played and sung many times at vigils and memorials in El Paso since last week's attack — in some cases spontaneously. Gonzalez cites that la canción ranchera as a genre has always been used to express "our grief and our joys and our triumphs."

'Amor Eterno' For El Paso, Gilroy, Dayton And Beyond

"To me it's a way in which the community is not only sonically taking up space as the Mexicanos that we are and making ourselves present in our grief and singing collectively the song that resonates with so many people," she says. "And, in my opinion, it's not just an act of grief but also an act of protest and saying that, 'We're here and we're not going anywhere.'"