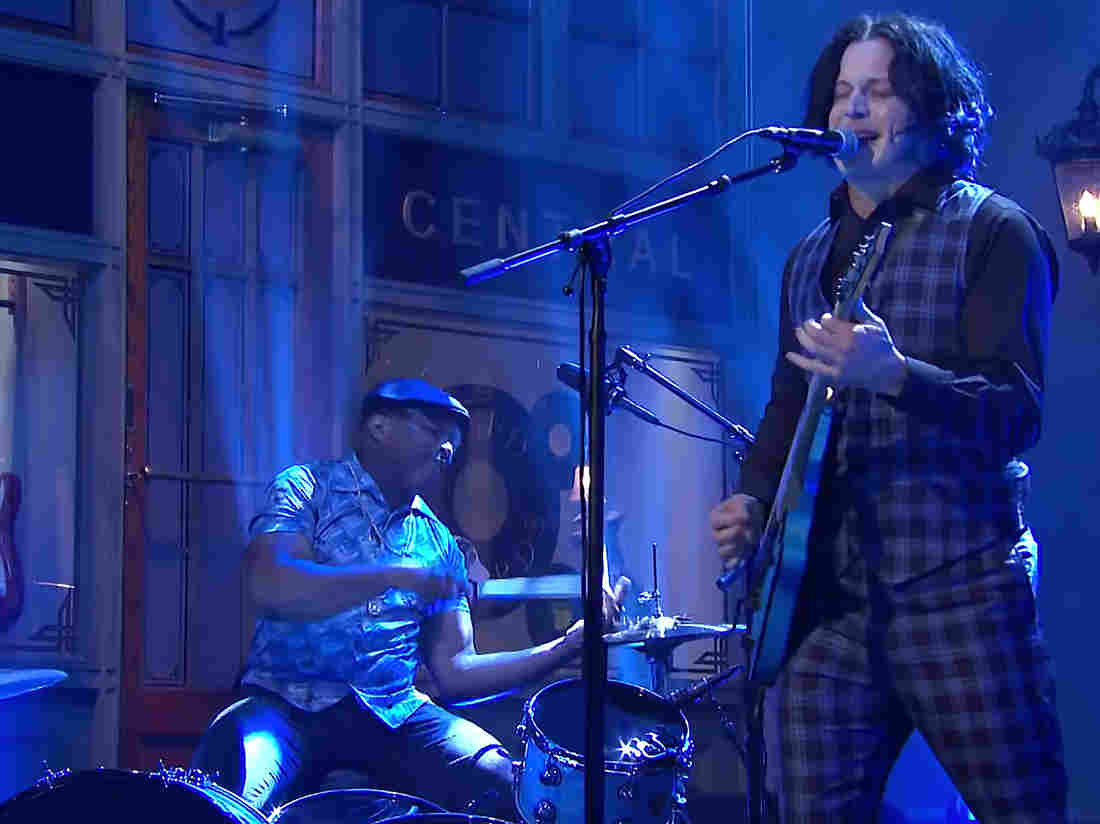 Saturday Night Live musical guest was supposed to be Morgan Waller, before the country singer got himself disinvited. On Friday morning, SNL creator Lorne Michaels announced that Jack White — whose best-known band, The White Stripes, releases a greatest-hits album in December — would show up to perform in Waller's place.

Though we're only two episodes into Season 46, it's hard to imagine that White's turn won't come out near the top when it's time to rankSNL's 2020-21 musical guests. Unencumbered by new material to promote, White cranked out a few scorching career highlights, kicking off with 2014's solo hit "Lazaretto" — which he performed with a guitar designed for him by the late Eddie Van Halen — and closing with a fantastic medley.

The latter performance fused unexpected pieces in remarkable ways, kicking off with "Don't Hurt Yourself" — the song he co-wrote and performed on Beyoncé's Lemonade — before shifting into a version of The White Stripes' "Ball and Biscuit" that incorporated lyrics from Blind Willie Johnson's "Jesus Is Coming Soon." So, on two days notice, we got an Eddie Van Halen tribute, Beyoncé, The White Stripes, a Jack White solo song and Blind Willie Johnson. Not bad!

It was the sort of performance SNL could stand to showcase more often: a veteran star without much to promote or prove, popping by with the sole objective of putting on the best show humanly possible.