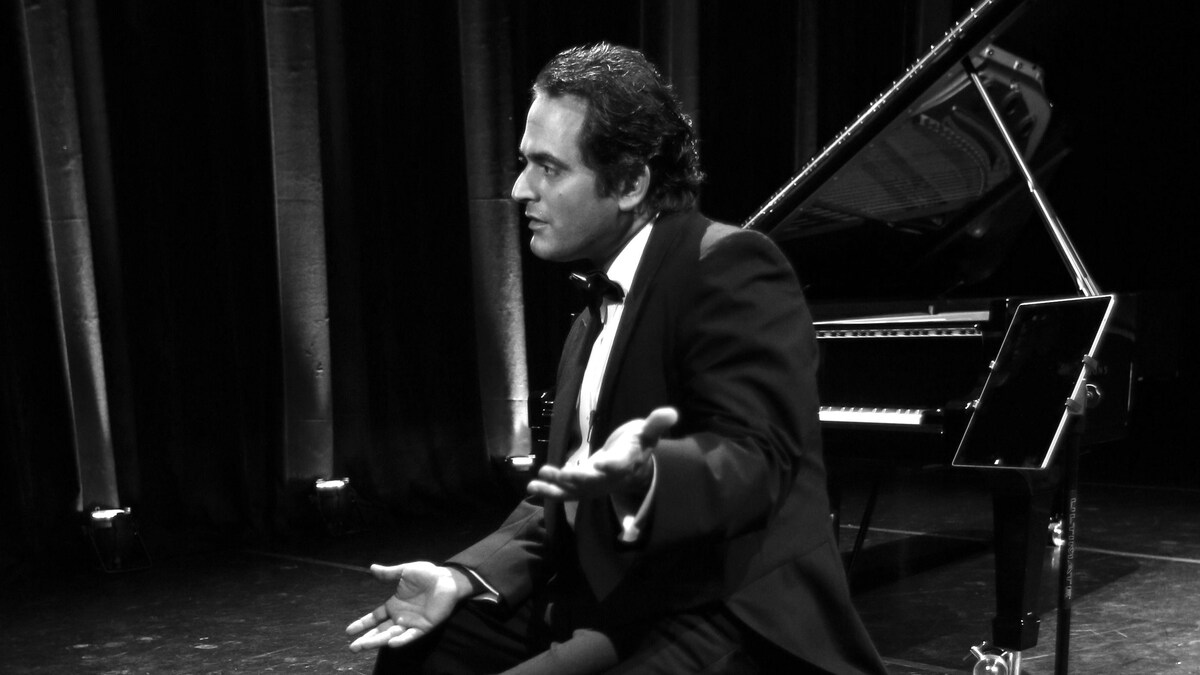 Syrian-American pianist and composer Malek Jandali, photographed on May 16, 2015 in Dubai.

Composer and classical pianist Malek Jandali was raised in Homs, Syria, where he was visiting his family in 2011. During that trip, Jandali was first electrified by street protests challenging the brutal dictator Bashar al-Assad, both in his hometown and across the country. He composed a simple song in reaction to it, called "I Am My Homeland."

Jandali's first public performance of the song was in Washington, D.C., at a march in support of Syrian protesters. "My love for you is fire in my heart, When am I gonna see you free," Jandali quotes from the song's lyrics. "That word, 'free,' was the troublemaker," the composer laughs. "I Am My Homeland," or "Watani Anna," became kind of an anthem for the revolt. Jandali once received a letter from a woman in prison, who wrote that she was singing the song before a torture session. "Oh my god, my music entered the prison but it wasn't a prisoner!" he says.

Days after that D.C. performance, Jandali's elderly parents were viciously beaten; images of his mother's black eye and her broken teeth surfaced on social media. "I never, ever realized in my life how powerful music is — until I saw the horrific images of my parents," he recalls.

Jandali has recorded 10 albums since the war began. He's become known for politically charged videos; in one, he plays the piano as his house burns — the fire set by men in gas masks and uniforms. He's also known for blending the sounds of protest into orchestral works, such as his composition "Yah Allah," which incorporates protest chants heard in his hometown.

Syria's Civil War Started A Decade Ago. Here's Where It Stands

Jandali notes that of his region's major contributions include not only the alphabet, but also do, re and mi. The world's oldest musical notations were discovered in the ancient Syrian city of Ugarit, from which Jandali was the first to write a symphony based on the long-forgotten works. His latest album, recorded with the London Symphony Orchestra, returns to familiar themes in a composition called "The Moonlight," which is based on the oldest chant in Islamic culture.

Music builds bridges, not walls, he says — a message from his elders. "Dear humanity, take it and run. Express more — show us your beauty," he says. "They didn't say, 'Oh, you know what, we are building a wall. And please don't use these scales because these are ours.' They didn't say that!"

Jandali is now a composer in residence at his alma mater, Queens University of Charlotte, in N.C. His parents have also relocated to the U.S. – but, he vows, his next concert will be in Syria. And everyone is invited.