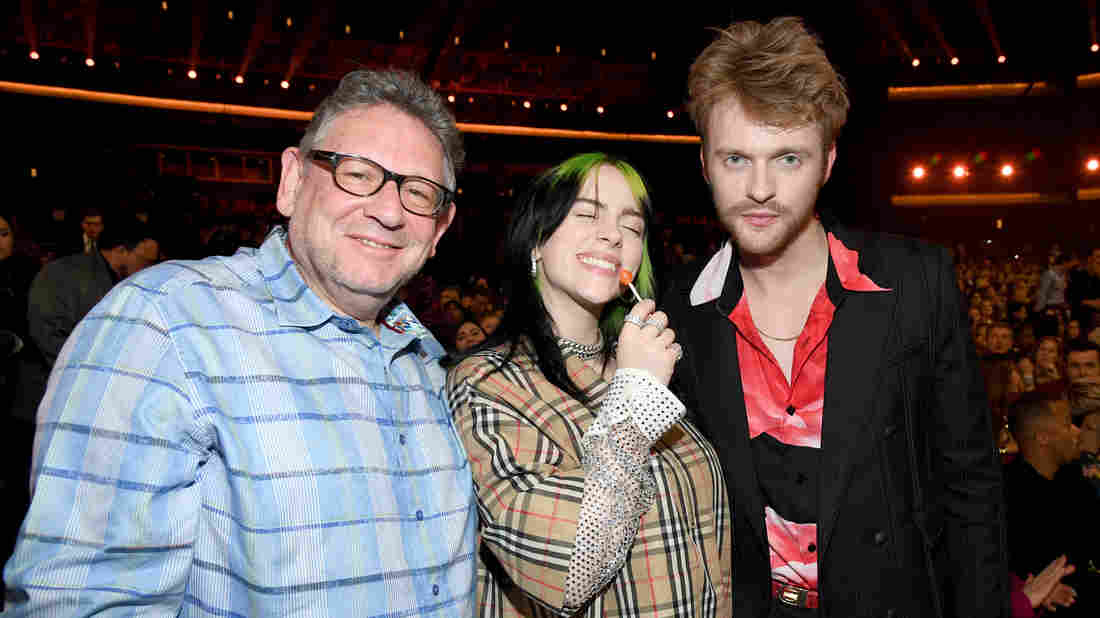 during the 2019 American Music Awards at Microsoft Theater on Nov. 24, 2019 in Los Angeles. Kevin Mazur/AMA2019/Getty Images for dcp hide caption 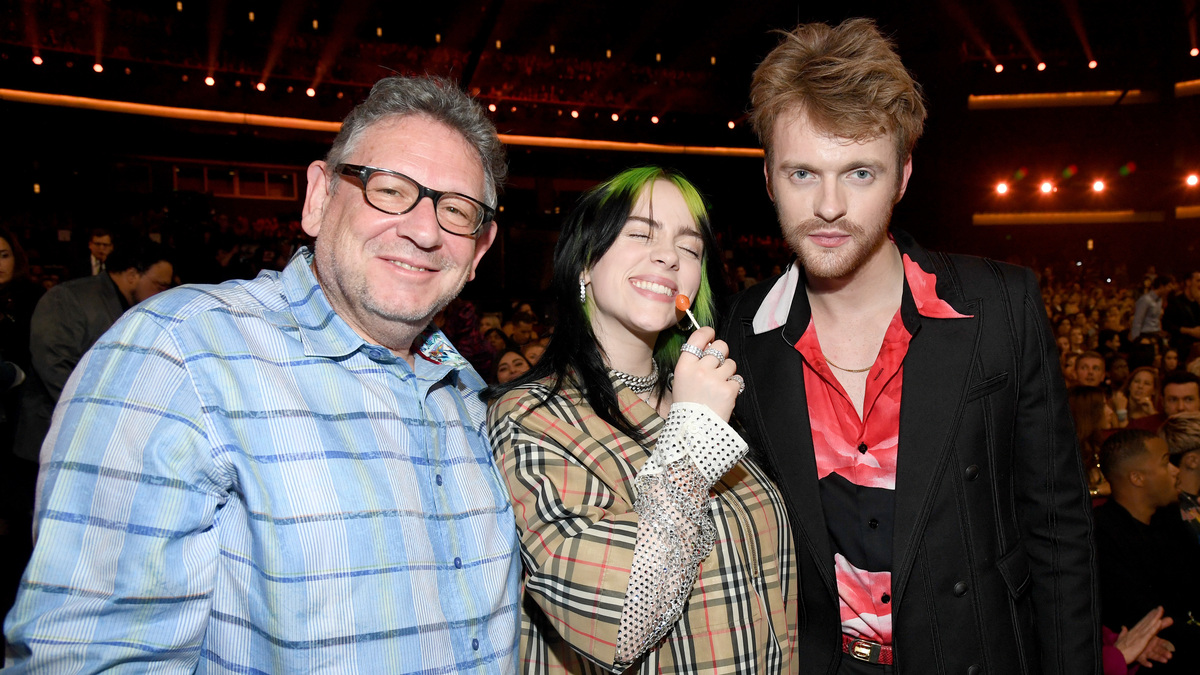 The past few years have seen a wealth of international talent breaking through to the mainstream, with artists from countries like South Korea, Nigeria, Colombia and Australia having climbed to the top of the charts.

One country that's been missing from the party: China. Though home to about 20% of the world's population, and despite every major label and concert promoter maintaining an office there, virtually no Chinese acts have broken into the mainstream at the same level as other regional-turned-global genres, like K-pop and música urbana. (There are several potential reasons for this gap — from perceived language barriers, to metadata and payment challenges for artists and songwriters, to Chinese regulations with murky criteria around what constitutes acceptable content.)

But that doesn't mean China is absent from the business of music. Quite the opposite: While the country may not be churning out global hits, its tech conglomerates are financially participating in the global operations that make those hits possible.

Tencent Holdings owns China's biggest music company, Tencent Music Entertainment, which controls roughly 60% to 70% of the local music market and itself owns shares in many high-profile global music ventures. In fact, just over two years ago, Tencent Music and Spotify announced an unusual equity-swap agreement, in which the two companies purchased a roughly 9% stake in each other's businesses. (While Spotify is available in nearly 80 markets, China is not currently one of them.)

In China, A New Call To Protect Data Privacy

Tencent Music also operates the Chinese music-streaming apps QQ Music, Kugou and Kuwo, as well as karaoke app WeSing. According to the company's latest earnings report, its three music-streaming products attracted over 661 million mobile monthly active users in the third quarter of 2019. Only around 5% of those users paid for a subscription, yet the company is still profitable, because it makes over 70% of its revenue from "social entertainment services" such as tipping and other forms of in-app "virtual gifts" — which are commonplace on Chinese social-media platforms, though rare in the Western streaming landscape.

(Legally and literally speaking, it's somewhat insufficient to refer to Tencent Music as simply a "Chinese" company, because it's incorporated in the Cayman Islands, just like its parent company, and trades publicly on the New York Stock Exchange.)

Tencent's emergence as one of the most powerful players in music brings new clarity to the exact nature of the industry's globalization. But why would Tencent want to diversify into the label business? It certainly has a large-enough audience, to the tune of hundreds of millions of monthly active users, as well as more than enough cash to keep afloat.

The most likely answer is direct access to intellectual property and talent — combining music creation, marketing, distribution and consumption into one business. Tencent Music may have the technological prowess to maintain its apps, but needs a bit more help when it comes to artist marketing and creative development.

That's where Universal Music comes in. To clarify, Tencent's equity stake in Universal does not mean that the former owns any of the latter's copyrights — it simply means that Tencent gets to share in a part of Universal's future financial growth, which certainly does correlate to the rising value of the label's catalog, spanning artists from Billie Eilish to J Balvin and Queen. Importantly, this contradicts one of the most widespread music-tech narratives of the past five years, that streaming companies want to decrease their reliance on major labels (and vice versa) in order to improve their bottom lines.

In a world where no one can quite agree on whether content or tech is king, streaming services and music rights-owners are actually more tethered to each other than ever — and Tencent's deals with Universal and Spotify arguably put paid to the possibility of independence for any of these stakeholders. 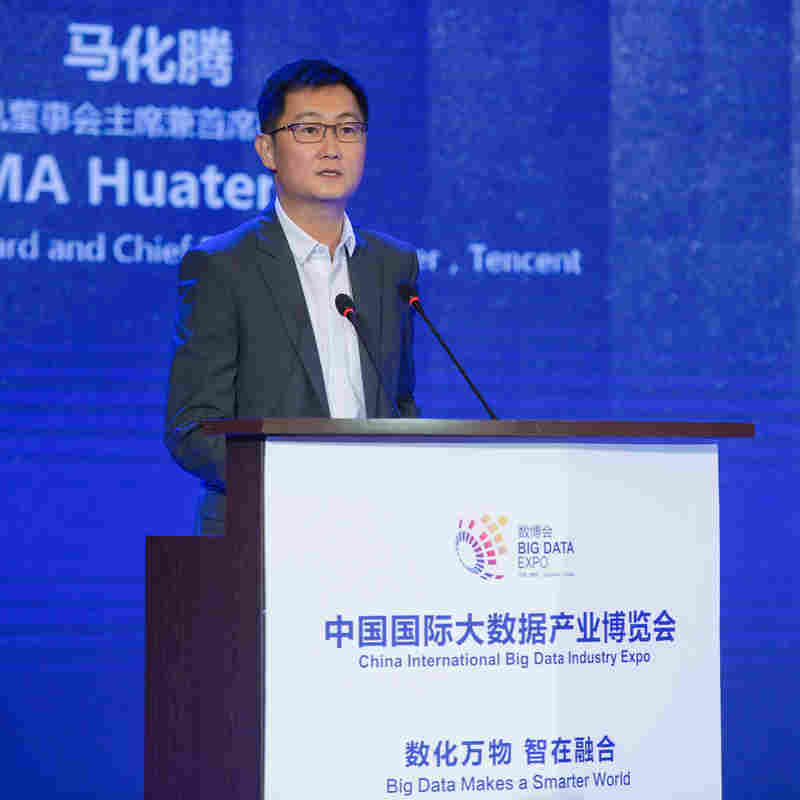 What complicates this web even more is that Tencent Music has the exclusive right to broker licensing deals for the catalogs of all three major labels (Universal, Warner and Sony) in China, which effectively gives it oversight of the domestic music market by sublicensing these vast catalogs to its competitors — like Alibaba, NetEase, ByteDance and Baidu.

To better understand this situation, imagine a world where Spotify had the exclusive right to distribute all the major labels' catalog in the U.S. In this world, if Apple Music or Amazon Music wanted to feature, say, Billie Eilish's catalog on their platforms, they would have to go to Spotify, not Billie's label (Universal-owned Interscope Records), to legally offer their customers her songs.

This scenario would probably be short-lived, thanks to antitrust protections. Indeed, federal antitrust authorities in China are currently investigating Tencent Music's exclusive deals with the majors — though some argue that those arrangements have allowed Tencent Music to play a proactive, impactful role in helping to curb piracy in the country and grow the local music economy overall.

Moreover, to revisit the fact that Spotify is not available in China: It's practically impossible for any company to establish an online presence in the country without getting some sort of approval from the national government's censorship arm, which includes but is not limited to obtaining an Internet Content Provider (ICP) license. This further strengthens Tencent's leverage, and weeds out most international competition. (Disney and Netflix faced similar challenges with their respective streaming services last year; the latter has opted to license their own content to Chinese-owned platforms, instead of launching in the country directly.)

With the largest paid-subscriber base, Spotify understandably dominates much of the global industry conversation about music streaming. But the rise of Tencent underscores how Spotify is actually the exception, not the rule, when it comes to streaming's future.

Spotify is what industry insiders call a "pure-play" streaming service — i.e., one that makes its money purely from music and audio consumption, probably via advertising or monthly subscriptions. Other examples of pure-play services include Pandora, Tidal and Deezer, none of which are even close to having Spotify's global reach and user numbers. Even Spotify itself faces financial challenges in its overreliance on licensing music from third parties, having been profitable for only two quarters out of its entire 12-year existence.

In contrast, non-pure-play streaming platforms — like Apple Music, Amazon Music and Google-owned YouTube — have the safety net of multibillion-dollar tech corporations behind them. Such services don't have as much of a pressure to turn a profit, and in fact exist primarily to increase sales in their parent companies' core businesses (e.g. Apple Music drives loyalty to iPhones; Amazon Music drives sales of Amazon Prime and smart speakers; YouTube drives Google's ad revenue).

For Tencent, like its stateside peers, music is just a drop in the bucket, one amongst its hundreds of other businesses and investments.

Aside from controlling most of China's music market, Tencent Holdings also owns WeChat and QQ, two of China's biggest social and messaging platforms. Its gaming subsidiary, Tencent Games, owns Riot Games (League of Legends) and has stakes in Epic Games (Fortnite), Ubisoft (Assassin's Creed) and Activision Blizzard (Call of Duty). All in all, the conglomerate invested in a total of "only" 108 companies across media, entertainment, fintech and education in 2019, which was actually a 33% drop in activity year-over-year. Music is just one of many layers atop this sprawling ecosystem.

Tencent Holdings' diversification has given Tencent Music the wiggle room to pull off what Spotify has yet to accomplish, at least on the music side: profiting from both a digital audience and the talent entertaining it. (In fact, long before its Universal Music deal, Tencent Music launched its own joint-venture record label with Sony Music called Liquid State, which promotes electronic artists from across the Asian diaspora.)

Owning a part of Universal Music and Spotify could potentially enable Tencent to expand this vertical-integration philosophy beyond its own domestic apps, and establish a large footprint in Western markets. And if the music industry in 2020 is inseparable from Chinese money, it's only a matter of time before Chinese talent follows suit.