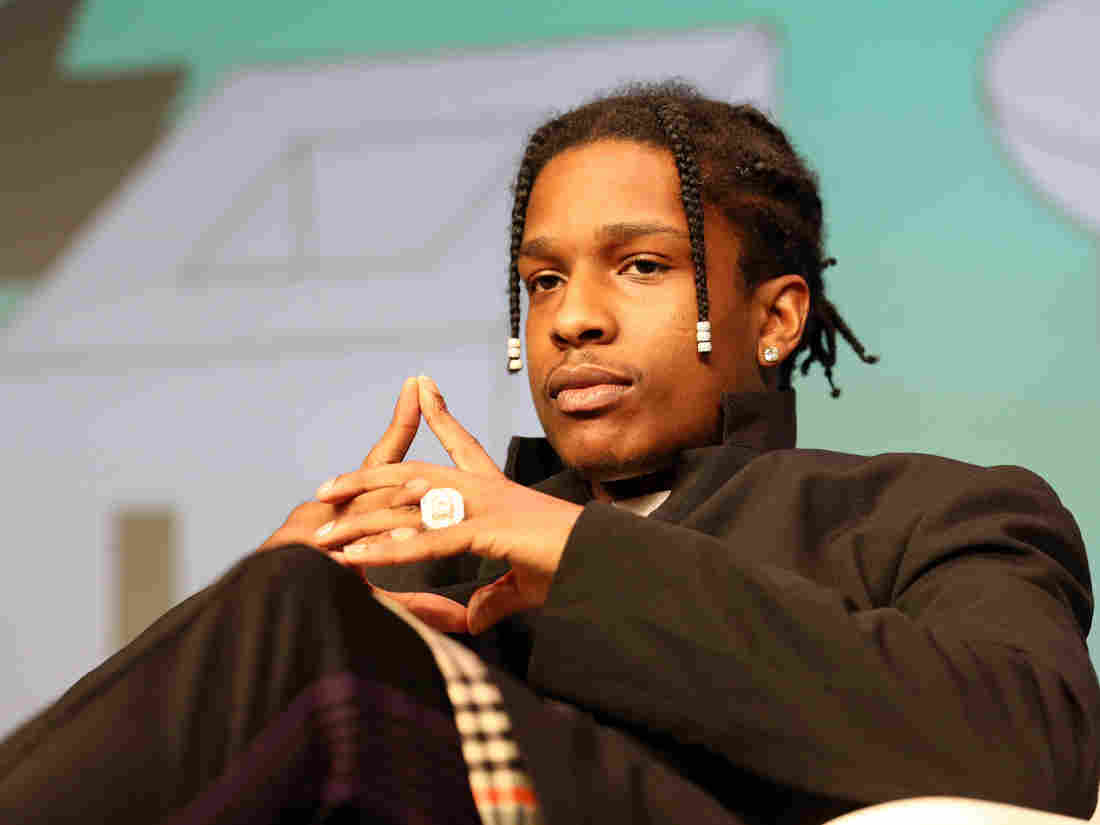 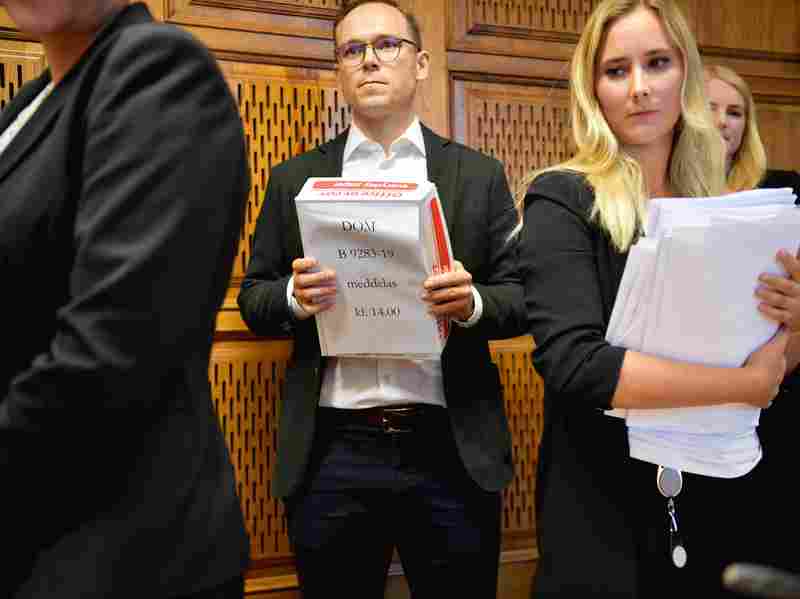 Court staff hand out the verdict to the press at the end of a hearing in US rapper A$AP Rocky's assault trial, in Stockholm, Sweden. ANDERS WIKLUND/AFP/Getty Images hide caption

Rapper A$AP Rocky has been found guilty of assault in Sweden tied to an altercation in June, but was given a suspended sentence and has been ordered to pay 12,500 Swedish krona — about $1,300 — to the victim.

Bystanders, and Rocky himself, caught bits and pieces of the incident on video, some of which showed Rocky, real name Rakim Mayers, and his crew attempting to de-escalate the situation and walk away, while other videos appeared to show the rapper throwing the 19-year-old victim to the ground.

The incident led to Rocky being arrested and held in jail for several weeks in Stockholm, garnering interest from fans, celebrities and President Trump, who then sent his special envoy for hostage affairs to watch Rocky's trial.

Rocky was released from prison earlier this month pending the verdict, and returned to the U.S. shortly afterwards.

Two other members of Rocky's entourage were also ordered to pay damages to the victim.

Rocky responded to the guilty verdict on his Instagram account. "I am of course disappointed by today's verdict," he wrote. "I want to say thanks again to all of my fans, friends, and everyone who showed me love during this difficult time."