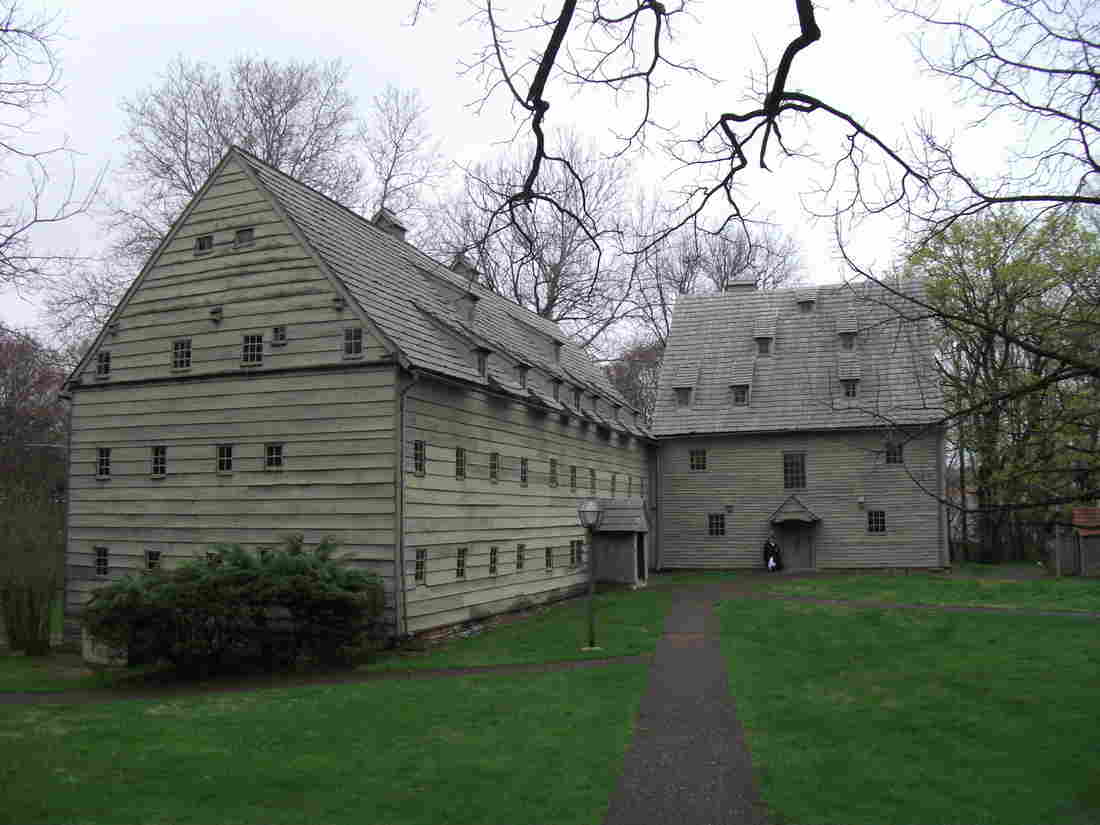 The Ephrata Cloister in Lancaster County, Penn., created conditions for its inhabitants to become the first known women composers

in America. Doug Kerr/Courtesy of the artist hide caption 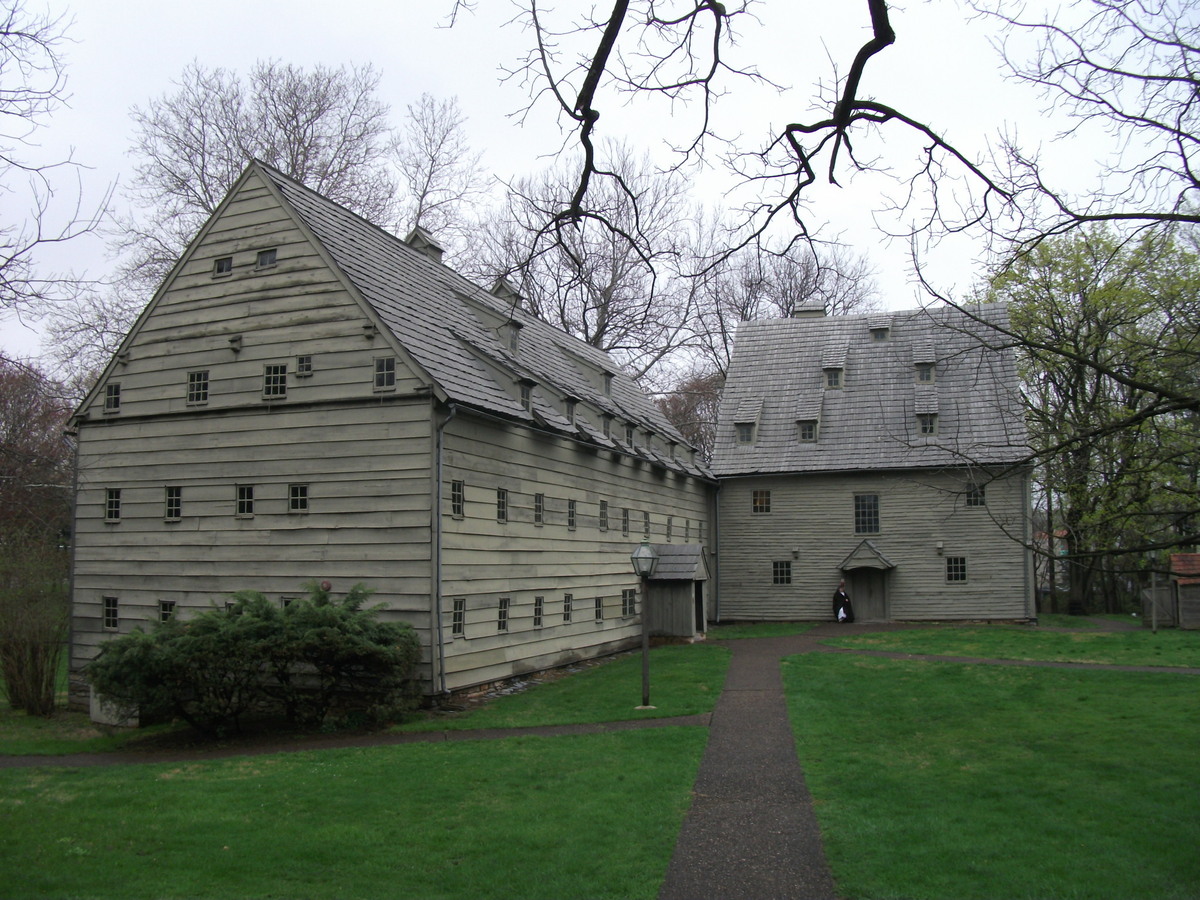 The Ephrata Cloister in Lancaster County, Penn., created conditions for its inhabitants to become the first known women composers in America.

Doug Kerr/Courtesy of the artist

Chris Herbert was in a hurry. The vocalist and musicologist was studying the Ephrata Codex — an 18th century music manuscript — in the Library of Congress, which meant he was on the clock. Herbert was working on digitizing the Codex. He flipped through the pages, taking pictures of each one, with no time to pause.

A few weeks later while on tour in Europe, he took time to examine his work, and noticed something he hadn't seen before. Zooming in on the images he'd hastily snapped in the Library of Congress, he saw names written in small font beside the musical compositions. Three of those names belonged to women: Sister Föben, Sister Katura and Sister Hanna.

Herbert was curious, and then ecstatic. He deduced that these names indicated authorship. After continuing his research, Herbert could not find any evidence of compositions that pre-date the ones composed by the sisters listed in the Ephrata Codex, making them the first known women composers in America.

Now, Chris Herbert's bringing their compositions to life. Last year, he began production on Voices in the Wilderness, an album that includes the compositions of the women composers of the Ephrata Cloister. He selected an a capella quartet, and recorded the music in the Meetinghouse at the cloister, the original building the music would have been intended for.

Ephrata, located in central Pennsylvania near Lancaster, was home to a mostly-celibate religious commune that reached its peak in the mid-1700s, when Sister Föben, Sister Ketura and Sister Hanna lived there. The commune was founded by a "radical, religious pietist" named Conrad Beissel.

"He had a very unique view of theology," Herbert explains. "He believed that God was divided into two genders, and that women should marry the male side of God, which was named Jesus, and that men should marry the female side of God, which was named Sophia. And because of this relationship, there was an encouragement for celibacy."

Free of the constraints of child-bearing and rearing, the brothers and sisters of the commune were encouraged to produce creative works, like hymnals and music compositions, as a means of religious devotion.

"By writing music, they were professing their faith," says Herbert, and that although the music is technically simple, that's where its beauty lies.

"It's just devotional, simple music. Not trying to be frilly, not trying to be ostentatious. Simply existing for the sake of a religious experience," he says.

Founder Conrad Beissel himself was a hymn writer, and his followers at Ephrata were prolific. There are at least 135 surviving music manuscripts from Ephrata and its descendant commune, Snow Hill. But this creative means of devotion birthed some unintended consequences.

Rules about worship changed frequently at Ephrata. At times devotees shaved their heads, at other times they slept only three hours a night. Treatises were written about what to eat in order to sing properly, and what to eat in general — no meat, no honey. Herbert speculates that these changes and the emphasis on creativity may have played a role in why those names were listed in the Codex.

"Because of the number of rules, and also this push to create, it created some conflict in the cloister about attribution of work and who gets credit for it," he says.

At times, names were written in code next to hymns as a kind of insider scoreboard, "internally giving points" Herbert says, for creative works of devotion and faith.

But most striking is the fact that women were credited for their compositions at all. At the time, Herbert says, very few women would have been in a position to compose music. Even across the Atlantic in Europe, composing would have been reserved for women of means.

"The only women we know of today who were composers often...were in very specific situations in which they were given the opportunity to even have credit for their original work," he says, and in the Americas, it was a "complete anomaly" for women in the colonies to be credited for any kind of creative work.

With the recording of these early compositions on Voices in the Wilderness, Chris Herbert brings us a step closer towards recognizing the contributions of women in the history of American music.

Voices in the Wilderness is due out in spring 2021 via Bright Shiny Things.