An Evening with the Riccardis 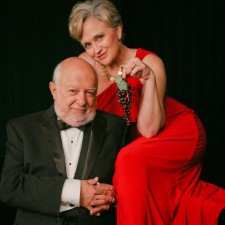 Contact Ner Shalom at (707) 664-8622 or This email address is being protected from spambots. You need JavaScript enabled to view it.

An Evening with the Riccardis” brings Sandy and Richard Riccardi’s witty, satirical brilliance to Cotati on Saturday, July 13 at 7:30PM in a benefit performance for Congregation Ner Shalom in its building at 85 LaPlaza, formerly the home of the Cotati Cabaret.

Rosie O'Donnell calls them "MY NEW FAVORITE SINGING SONGWRITING TEAM!!!" With over 50 million hits on social media, Sandy and Richard Riccardi promise to leave you laughing in the face of modern life and politics. Specialists in parody and hilarious originals, they have been re-tweeted by JK Rowling, called "Musical Genius" by the NY Times Magazine, and featured in the Washington Post Online. Greatest hits include "Boy From Mar-a-Lago", "Holiday Dinner Party", "Tiki Torch Nazis", "Elton Has An Organ", and "Oh Donny Boy".

They can be heard at https://www.youtube.com/channel/UCAbIfxNUFEed05-org7YZtA.

The Riccardis have performed for many area non-profits. They feel a particular fondness for Ner Shalom, counting many members as friends and, Sandy says, “We are also digging the fact that the building which houses Ner Shalom used to be a popular music venue called "The Cotati Cabaret".”