California Has No Clear Use-Of-Force Standard For Security Guards. Regulators Say That Leaves Their Hands Tied. 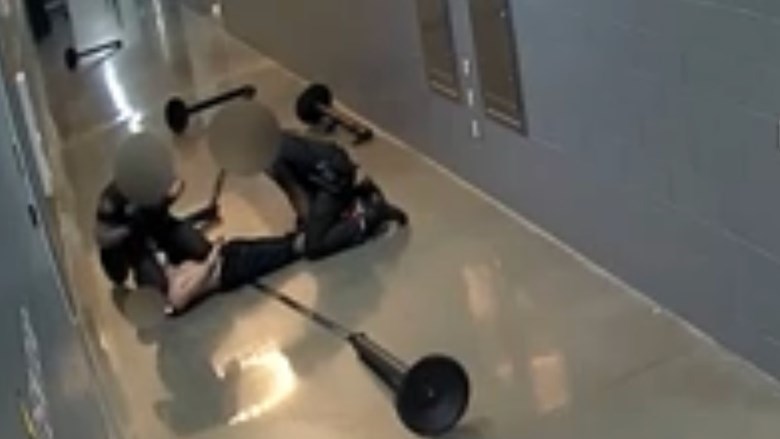 Just over a year ago, 39-year-old Mario Matthews walked into the Golden 1 Center in downtown Sacramento around 3:30 a.m. as the arena cleaning crew was at work.

Security personnel entered the arena from the Downtown Commons plaza and gave chase, restraining him on the ground in a hallway leading to the visitor’s locker room. It was later determined he had methamphetamine in his system.

For more than four minutes before police arrived, one of the guards pressed his knee to Matthews' neck, according to a review of publicly released security footage and a federal lawsuit filed by his family, first reported by the Sacramento Bee. The suit alleges Matthews suffered head injuries and fell unconscious as the guards, and later police, restrained him.

He died two days later after being taken off life support at a local hospital.

The state Bureau of Security and Investigative Services, which issues licenses to private security firms and guards, reviewed the incident. But it did not take punitive action against the guards or the security firm, Allied Universal, in part because California law limits its authority.

“While training standards for security guards are outlined in regulation, situations involving the use of force are not clearly defined in statute,” wrote BSIS chief Lynne Andres in an email. “The Bureau would be supportive of efforts to define further and create use-of-force standards to help clarify any grey areas.”

Andres denied CapRadio’s request for an interview, but answered written questions via email.

Joseph Jaksa, a private security expert and professor of criminal justice at Saginaw Valley State University, says not having a standard definition for use of force leaves the private security industry to “police their own house.”

“This is the same problem that we've been running into for years with the security industry, trying to get everybody on the same page with training and standards,” he said.

As a result, according to Jaksa, establishing use-of-force protocols is often left up to security firms and their guards. He says private security training has gotten better in recent years, but there’s still room for improvement.

Suzanne Luban, a clinical lecturer at Stanford Law School and a use-of-force reform advocate, says it’s “shocking” that the bureau does not have a legal standard for identifying excessive force.

“Just as reforms are needed to strictly define and limit use of force by law enforcement officers, explicit controls and training standards for private security guards are obviously needed,” she wrote in an email.

Allied Universal did not respond to CapRadio’s request for comment. In a statement to the Sacramento Bee, the company said Matthews resisted efforts to restrain him and appeared to threaten the guards.

BSIS investigates all complaints against license holders, and aims to resolve them within 90 days, according to Andres. The bureau can take a range of actions if complaints are substantiated, including issuing fines and revoking or suspending a license.

The only action BSIS took against Allied Universal in connection to Matthews’ death occurred five months later, when the bureau fined the company $2,500 for failing to report the incident. State law requires security companies to report physical altercations involving their guards to BSIS within seven days of the incident.

But when it comes to use of force, the bureau has little oversight capacity.

“The Private Security Services Act does not specify what level of force is considered acceptable,” wrote Andres. “The decision on how the security guard should react to any given situation is at the discretion of the security guard’s employer, and what is lawful regarding private persons (citizen’s) arrest.”

The bureau’s training manual for making arrests provides some clarity on what guards are encouraged to do. It states the law allows physical force when it “is reasonable or necessary to restrain the suspect if he/she is resisting, to make the arrest.”

Moreover, the manual has no legal bearing; it’s intended to provide guidance for people entering the private security industry.

Luban, from Stanford University Law School, suggests the security guard who pressed his knee against Matthews’ neck used excessive force, even by the training manual’s description.

Luban drew a connection between the detainment of Matthews and the killing of George Floyd, a Minneapolis man who died after a police officer kneeled on his neck for more than 8 minutes.

“Once again, it has taken an unjustified killing on camera by people in uniform to spur public attention to this issue,” she wrote. She adds that the incident shows a “toxic combination of that hazy [use-of-force] standard with virtually no training, oversight, or accountability.”

Even if BSIS agreed with Luban’s interpretation that the security guard in Golden 1 Center used excessive force, it still could not take punitive action on its own. The bureau would have to forward the case to the state Attorney General for further review.

Relying on civil lawsuits and criminal prosecution as the only checks on excessive force in private security, Luban says, creates a “minefield” approach that likely leaves many violent altercations unaddressed.

State law not only leaves “grey areas” by not defining use of force in private security — it also blocks public disclosure of information about these incidents.

CapRadio filed public records requests with BSIS seeking complaints, investigation results and the “notice of violent act” report in connection to the death of Matthews at Golden 1 Center.

The bureau declined to release any of these documents, citing exemptions under the California Public Records Act.

Luban says she believes this runs counter to the spirit of the Act, and leaves the public in the dark about use of force by private security.

As a result, public understanding of the incident at Golden 1 Center largely depends on what the Sacramento Police Department decides to release as it conducts its own investigation.

The department released a cache of redacted body camera videos, surveillance footage and audio of 911 calls a few weeks after the incident. But the department has declined requests for additional information.

CapRadio filed a public records request for an unredacted version of the surveillance footage, since the video’s face-blurring obscured the guard’s knee on Matthews’ neck. The department denied the request, claiming the videos are “investigatory records” and that “the public interest in maintaining confidentiality outweighs the public interest in disclosing.”

The department’s government affairs unit originally estimated it would take less than two months to disclose the records. The department has since delayed producing the records 11 times. The request, now more than a year old, is still pending.

Have a tip? You can reach the reporter at This email address is being protected from spambots. You need JavaScript enabled to view it..

(Photo: Security guards at Golden 1 Center are seen restraining Mario Matthews in publicly released security footage. One of them appears to be kneeling on his neck - Screen grab, Sacramento Police Department video)