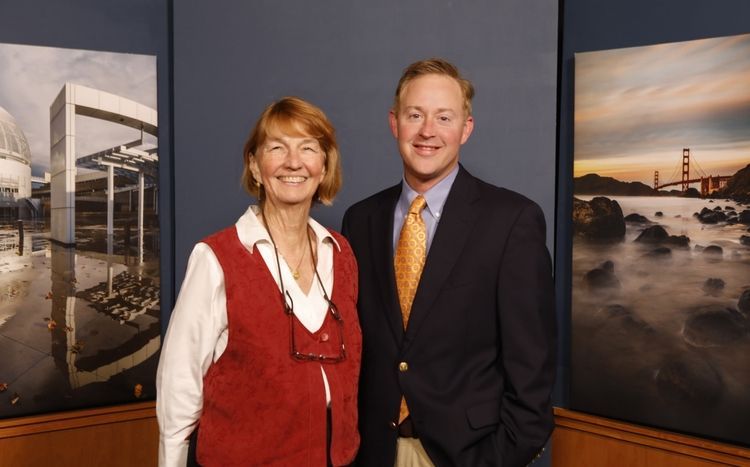 SEPTEMBER 19, 2019, SONOMA COUNTY, CA — Northern California Public Media (NCPM), announces that President and Chief Executive Officer Nancy Dobbs will retire at the end of December 2019. As part of the succession plan, the Board of Directors has selected current NCPM Content Manager Darren LaShelle to succeed Dobbs and appointed him to the position of President and CEO Elect.

Dobbs, along with her late husband John Kramer, founded the organization in 1981. KRCB TV 22 went on the air in 1984 as a member station of the Public Broadcasting Service (PBS), a designation the station still holds.

“Under Dobbs’ leadership, we have grown into a multi-station, broadcast, and digital producer and presenter of educational and relevant content for the Bay Area and audiences across the United States,” LaShelle commented. He added that, “Our goal remains that of Nancy’s original vision – to use media for the public good presenting children’s educational programs, environmental initiatives, community health programs, bilingual efforts, as well as political and election coverage.”

In 1994, Dobbs and staff launched KRCB FM 91.1, a member station of National Public Radio (NPR), serving the greater North Bay. In 2018, Dobbs and the Board of Directors of Northern California Public Media acquired and started operating KCSM TV (now KPJK TV, named for Professor Kramer) on July 31, 2018. Fifty-three years of service to the Bay Area will continue through this timely acquisition.

Dobbs commented that, “Darren brings many years of public media production and management experience to NorCal Public Media, as well as a strategic vision of how to best serve the community.”

LaShelle joined Northern California Public Media in 2014 as Content Manager and the Senior Producer of all projects produced by the organization. LaShelle oversees the content development of television, radio, marketing, news, and digital initiatives.

Before coming to NCPM, LaShelle was the Director of Content and Creative Services and Executive Producer at WGTE Public Media in Toledo, Ohio. He previously served in a variety of positions over a 19-year career with the PBS and NPR affiliated WGTE as well as a promotions producer at Fox TV in Toledo, Ohio and as a creative services producer/director at NBC TV9 in the Wheeling/Steubenville market. He holds a BA in Broadcast Media from Marietta College, in Marietta, Ohio.